Hey, hey, hey. It’s okay.  Calm down.  You’re not even close to the only one who didn’t start Nick Foles this week.  It’s understandable.  I mean, who in the world could’ve known that he would’ve tied the NFL single game touchdown record? Who could’ve guessed that he would’ve had a 158.3 passer rating (nearly perfect), by throwing more touchdowns than completions?

Not even the great Matthew Berry could’ve predicted it, so really, everything’s okay.  Now, breathe a little bit.  Maybe you’re tempted to pick him up immediately, and that’s okay, he’s a solid back up.  I mean with Michael Vick’s injury uncertainty, and Nick Foles’s aforementioned unheard of performance against the Raiders, he’s definitely not going to stay in free agency very long.  But don’t let his Manning-esque game throw you off too much.  I would still keep your solid starter in if you have one.  Don’t get all hyped up on Foles and yank Tom Brady or Drew Brees from your starting roster.  But still, if you’ve got a Matt Ryan who’s been letting you down (who will most likely continue to let you down due to the impeccable Seattle defense he’s facing next week) or a Colin Kaepernick who’s battling a pretty decent Carolina secondary, you might consider throwing Foles in for a week.  A huge part of fantasy football is instinct.  Even with the statistics and the expert predictions and the history, anything could happen.  For example, Ray Rice came into the season looking to capitalize on last year’s Super Bowl victory, as he was expected to.  But much to my (and many others’) despair, he did the exact opposite.  Ultimately, you really have to reach deep down and pick who you think is going to have the best game.

Week 10 seems to have been yet another underdog week, with so many players breaking out against solid teams.  So put in your Andrew Lucks, your Le’veon Bells, your Chris Ivorys and your Nick Foles’s, because the underdogs aren’t going anywhere anytime soon.  And I mean really, there weren’t a lot of us who expected the Kansas City Chiefs to be undefeated by week 10?

Honorable Mention: Andrew Luck, Indianapolis Colts (vs. St. Louis Rams): Even though Jake Locker threw two interceptions and no touchdowns against the Rams last week, something tells me Andrew Luck can prove to be a little better than Locker against a secondary that sits about at the half way point in passing yards given up per game.  He and T.Y. Hilton absolutely shredded the Houston defense this past weekend.  Although his completion rating was subpar (18 of 40 attempts completed), he threw all three of his touchdowns to Hilton.  Luck has a bright future ahead of him for sure.

Honorable Mention: Le’veon Bell, Pittsburgh Steelers (vs. Buffalo Bills): Bell had a wonderful game against New England last week, running for 74 yards on 16 attempts, as well as going 65 yards on 4 receptions.  Bell is battling against a Bills run defense that has given up an average of 115.2 rushing yards per game this season.  If you don’t have a solid RB2 choice, I’d go with Bell.

Honorable Mention: Jerricho Cotchery, Pittsburgh Steelers (vs. Buffalo Bills): The Bills gave up 194 and three touchdowns to Ryan Tannehill in week 7.  They then gave up 332 yards and five touchdowns to Drew Brees in week 8.  Total, the Bills have given up 2404 receiving yards this season.  Cotchery went for 96 yards on 7 receptions last week against the Patriots.  Expect him to continue that against the Bills.

Honorable Mention: Heath Miller, Pittsburgh Steelers (vs. Buffalo Bills): I know it seems that I’m targeting some specific teams here, but I can’t help the match ups.  Like I said, the Bills have given up some serious yardage through the air.  Although Miller has had nothing more than an average season so far, he’s bound to get some looks from Big Ben.  I’d give him some thought. 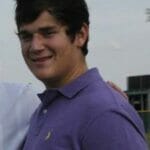 –Taylor Lust is participating in his third year of fantasy football.  He was champion his first year, made it to the playoffs his second year, and is currently tied for first place in his league this year. He contributes fantasy football stats and predictions for HottyToddy.com.