Telescopic Vision and Seeing the Road Up Ahead

By implanting a miniature telescope behind the iris of a patient suffering from age-related macular degeneration (AMD), doctors helped him overcome disease-related vision loss. This outcome should come as important information to everyone because AMD is a leading cause of vision loss in Americans aged 60 and older. AMD leads to loss of central vision due to scarring in the central portion of the retina (macula). Thus, while peripheral vision remains intact, AMD sufferers are unable to see what is directly in front of them. By implanting a miniature telescope behind the iris of an eye affected by AMD, doctors were able to magnify the implant recipient’s central vision and project it onto the remaining healthy parts of his retina.

Seeing the Road Up Ahead

Driving is such an important part of our daily lives that most of us cannot imagine ourselves with the limitations imposed by not having a driver’s license. Older individuals in particular often gauge their independence by their ability to drive. Deprived of their ability to do their own errands and look after their own needs, seniors must rely on others to perform these vital tasks. Against this backdrop, many mature individuals purposely overlook or remain unaware of vision deficiencies that render their driving ability unsafe. With this in mind, the American Academy of Ophthalmology recommends that people 65 and older have comprehensive eye exams at least every other year. Those with existing eye or health conditions might need more frequent follow-up care.

If older drivers have trouble seeing at night or coping with glare from oncoming headlights and reflected sunlight, they are obligated to have their vision tested in order to spare themselves, their passengers, and others from harm. 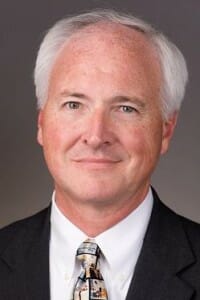 –William S. Mayo, DO is a double board certified ophthalmologist who has been practicing in Oxford, Mississippi since 1990 and is the owner of Mayo Eye Center.  He has also been a member of the American Osteopathic Association Board of Trustees since 2007.