The Holiday season has officially arrived and with it comes droves of new video games and new consoles. To help curb parents’ worry over mature content, HottyToddy.com has compiled a list of kid-friendly video games for this holiday season. 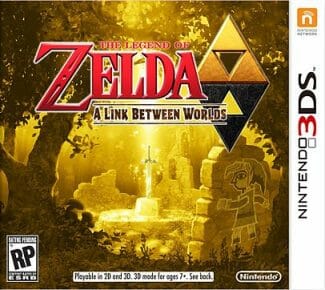 The Legend of Zelda: A Link Between World (Nintendo 3DS)

The Legend of Zelda has been around for over 25 years. The series follows a protagonist named Link on his exploits to save his home kingdom of Hyrule and surrounding areas. Link works to defeat the series’ main antagonist, Ganon (or Ganondorf in some games), from taking over the kingdom and, eventually, the world.

Link is given multiple tasks in many different temples throughout the world. There are puzzles to solve, monsters to defeat, and secrets to unlock in this video game series. It isn’t a hack and slash game. Players must think in order to solve riddles and different puzzles.

In this new adventure, Link, a blacksmith’s apprentice, is awakened to take a sword to Hyrule Castle. Once he arrives, he is trapped by a mysterious figure named Yuga. Link is later contacted telepathically by the Princess Zelda. She informs him that he must collect Three Pendents and get the Master Sword. Can Link accomplish these tasks and once again save Hyrule from certain doom?

The game is rated E (everyone), which means that it is safe for all ages to play. There can be some very mild violence when the user has to kill monsters in order to obtain a goal, but it is nothing overly violent.

The game hasn’t been released yet, but has already received much critical acclaim. Gamespot and IGN have both given the game a 9/10 and 9.4/10 rating respectively. 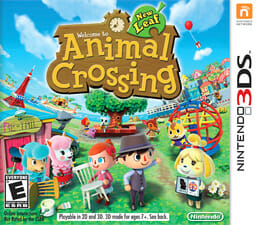 The Animal Crossing series has become a staple of Nintendo the last ten years. The game is anything but your typical gaming experience though. This game is based around real-time events. So if it’s 1:30 in the afternoon in January and you decide to play, it will be the exact same time in the game. On Christmas Day and other holidays, the town will have celebrations that are relevant to that day’s events.

Players start out as a villager who is moving to a new town. Once the player arrives he is mistaken for the mayor, then is officially named the mayor of whatever name the player chooses for the town. The mayor’s personal assistant, Isabelle, helps with the day-to-day operations as the mayor decides what to do with the town budget. The player can build new bridges, park benches and even fountains to help improve the decor of the town.

Of course, the player also chooses where to build a house. The player starts out with a small little shack, but it’s possible to discover new objects and buy items from town businesses. The player can customize and expand until the house is something everyone wishes they had. Players can even go online and visit friends’ towns and have others explore and rate towns.

This game is a calm and relaxing game with no violence. It is rated E, so it’s safe for all ages to play. Gamespot and IGN both rate the game 8/10 and 9.6/10 respectively. 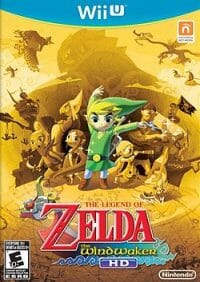 The Legend of Zelda: The Wind Waker HD (Nintendo Wii U)

The original Wind Waker was released in 2003, but Nintendo recently decided to give it a facelift on the Nintendo Wii U.

The Legend of Zelda: The Wind Waker HD follows the story of Link, who lives in a village that’s in the middle of the Great Sea on Outset Island. The story begins on Link’s birthday, but it’s no ordinary birthday. It’s the day he turns the same age as the Great Hero from the legends.

On his way to retrieve his little sister, Link notices a giant bird drop a woman on the island. Link goes to the forrest, kills the monsters around the woman, and they both escape. Link then sees his little sister and as he waves to her, she is taken by the same bird.

Link sets out to rescue his sister and stumbles upon an even greater task that not only threatens his sister, but the entire world.

There is some slight violence, but not enough to have it rated higher than E. The player once again must solve puzzles and fight monsters in order to save the world. Gamespot and IGN have both given it praise, rating it 8/10 and 9.8/10 respectively. 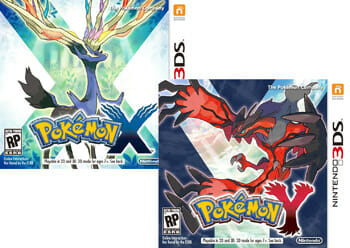 The Pokémon series has been one of Nintendo’s most profitable games since they were first released. Players travel a certain region of the Pokémon universe and catch animal like creatures named, Pokémon. After capturing them, players train the Pokémon to battle against other trainers and gyms. The goal of the game is to defeat the region’s eight gym leaders and compete in the Pokémon league. While traveling, the player will have to solve puzzles, defeat wild Pokémon and other trainers, and find rare Pokémon.

In Pokemon X and Y, players begin in Vaniville Town, which is in the Kalos Region. Players are given three Pokémon to choose to start the journey. Players can choose the water-type Froakie (which resembles a frog), the grass-type Chespin or the fire-type Fennekin (which resembles a fox). There are many different types of Pokémon in the region and each is strong and weak against other Pokémon.

This is the first Pokémon game that is a 3D experience. From bustling cities and villages to deep woods, the world is very diverse. The only violence is the fighting between Pokémon, but there is never any death in the game. It is rated E, so it’s safe for all ages. IGN gave the game a 9/10 rating. 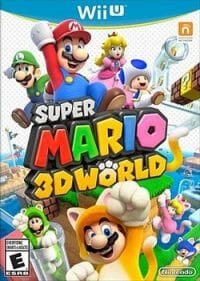 Mario has returned in his latest adventure, Super Mario 3D World, and he has never looked better. The HD graphics on the Wii U really make the colors pop and the Mushroom Kingdom really comes alive.

The game starts with Mario and his friends exploring the Mushroom Kingdom and they discover a clear pipe that has a green fairy in it. Bowser kidnaps the fairy and Mario must save the day. But this time he’s not alone. Luigi, Peach and Toad accompany Mario on his quest to save the fairy. This new Mario game is filled to the brim with power-ups, including a new power-up mushroom.

The new power-up “mushroom” appears as a bell and upon touching it, Mario is turned into a cat. Players can also wear cannon blocks, which fire shots at enemies, light Blocks that will help players defeat Boos, and goomba masks that let them blend in with the goombas.

–You can email Justin at justin.taylor@hottytoddy.com