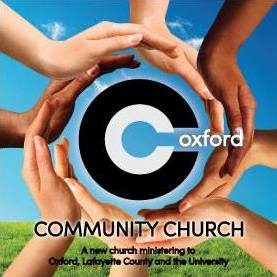 Former college pastor transitions from current church to start a new one in hopes of changing heartbreaking census numbers.

According to the 2010 census, about 70 percent of people within the Oxford and Lafayette community are not evangelical. Of that, 43 percent have no desire to attend church at all. With the start of a new Community Church, Fish Robinson and 13O community members gathered on Nov. 3 in hopes of changing those statistics.

Robinson and his wife, Beth, moved to Oxford in 2004 when Robinson became the new student college pastor at North Oxford Baptist Church. Nine years later, he’s found a new vision that expands to the entire population.

“Believe it or not, it’s mostly working class people who are not in church,” Robinson said. “We’re not going to be a college church. Are we going to be a church interested in having college students? You better believe it. The coolest thing about Christ was that he ministered to everyone; it wasn’t just one group of people.

Robinson and Pastor Gary Richardson of North Oxford Baptist Church originally tossed around the idea of starting a new church late last year. Their mission was to reach out to the 70 percent and encourage them to find a church home.

“My pastor felt that because of the different and strong relationships I’ve made from within the community that I would be great at starting a new church,” Robinson said.

For the next seven months, after much thought and prayer, the answer became clear to Robinson.

With the help of New Oxford Baptist Church, Robinson started the Community Church, but it is not like other churches in the Oxford area. Robinson considers his church to be a “church in a box”, meaning the up-and-coming church won’t necessarily be in its own building.

Instead, starting on Sunday, Jan. 19 at 10:15 a.m., the Oxford Activity Center will convert, appropriately, to the Community Church for the morning. Services will last an hour and fifteen minutes devoted to worship.

Robinson has two sons of his own, Adam, 9, and Caleb, 8, so family is a strong foundation for the new church. Robinson wants to dedicate a Sunday each month to family worship. Activities and services younger children will also be available, such as a nursery for children under 3 and a program called Community Kids for kindergarteners through fifth grade. Community Kids includes a bible study and worship service.

“My parents and I like to bring my little sister to church, but she’s only five, so she gets really restless during services,” Buffaloe said. “So it’s really nice to know that there is going to be a church that caters to children as well and they can learn about God too. “

It’s no secret that churches within Oxford are not particularly diverse. Robinson pointed out that most join congregations of the same race, culture, and ethnicity. Robinson and his supporters want to change that.

“Our goal is to be a very diverse church, a multi-generational, and a multi-ethnic church,” said Robinson.

According to the 2010 census, 93 nations make up the city of Oxford. Robinson stressed how he wants his church to be diverse by inviting people of every race, age, and culture to fellowship and worship together.

“Our goal is to find people who are not plugged into a body of believers and who are not involved in a church,” Robinson said. “We want to be real and unique in how we do that.”

The Community Church wants to be a place that welcomes people from all walks of life despite their personal backgrounds and lives. In that, Robinson expressed how important it was for those attending the new church to feel comfortable. With the attire being extremely casual, he said he wants to appeal to everyone

“Most of the time when I preach I’m wearing blue jeans, a but down shirt, and cowboy boots or converse,” Robinson said.

Junior nursing major Shemar Garner said she has yet to find a church home in Oxford after moving here from Houston, Tex.

“Churches here are just so different than back home. I can wear flip-flops and a t-shirt in the summer at my church. If I do that here, I’m scared I’ll get kicked out,” Garner laughed.

Despite the differences between Community Church and others, they all have one thing in common.

More information about the Community Church can be found on their Facebook page.

Revenue From Parking on the Square Hits Record Numbers