The holidays can be hard for many people, including those in our own Oxford community.

According to the U.S. Census Bureau, Mississippi has the highest poverty rate in the country at 22.6 percent of the population. Lafayette County, where Oxford is located, topped that with 23.1% of the population below the poverty line.

With a poverty rate that high, it is very hard for many families to provide a healthy, happy holiday season without the help of others.

Some of those non-profit organizations receiving funds in Oxford include the Salvation Army, Goodwill, and other locally founded food banks.

The Salvation Army Oxford Service Center is one of the 5,000 locations in the U.S., serving the counties of Lafayette, Panola, and Marshall. They provide programs and services for hungry families and individuals, homeless people, at-risk kids and so much more.

Lisa Coleman, manager of the Salvation Army in Oxford, said around the holidays both monetary donations and material donations increase. However, compared to other years, this year is slow.

Coleman said, “This year has been really down. People aren’t buying as many new things, so they aren’t donating as many old things.”

This year the Salvation Army has 648 children on their angel tree. People who pick a child’s name and information off the tree are responsible to purchase Christmas presents for that child. Last year at this time, out 742 children all were “adopted” by someone. This year, not all of the children have been “adopted.” If a sponsor doesn’t step up by Dec. 15th, Coleman said the Salvation Army will purchase the gifts for the kids in need.

Without donations of all sorts, these charities wouldn’t have the resources to support the community. Donations are needed all year, but especially around the holidays.

A 2012 survey conducted by Charity Navigator found, on average, charities receive 40 percent of their annual contributions in the last few weeks of the year.

The state of Mississippi ranks third in the country for residents’ median contribution by household —  $3,998. That means that in 2012, Mississippi residents contributed more than $1.1 billion to charity, or 7.2 percent of income given. 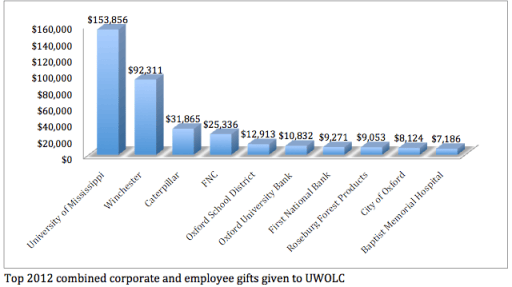 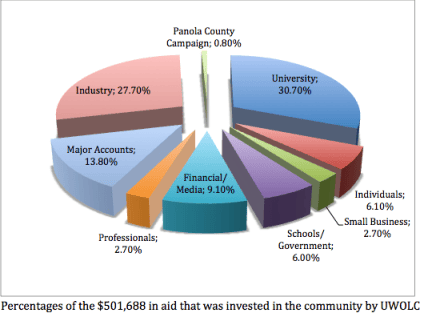