The 2013 edition of the SEC Media Days wrapped up on Thursday in Hoover, Alabama.  While not as flashy as South Carolina Coach Steve Spurrier, Ole Miss Head Coach Hugh Freeze made quite an impression on those who heard him speak at the annual gathering of SEC coaches and representatives.

Freeze was upbeat when speaking about the Ole Miss program, and exhibited genuine care for his team, staff and school.

It is easy to see why a recruit would choose to play for Coach Freeze and Ole Miss.The family atmosphere present in Oxford is hitting home with Rebel fans, players and recruits. There is a sincerity about Freeze that would make one feel quite comfortable having him as your child’s coach—and there is no doubt what a great representative he is for Ole Miss.

The positive response to Coach Freeze’s appearance at Media Days was heralded all across Twitter by members of the media, Ole Miss fans, as well as from fans of other teams. 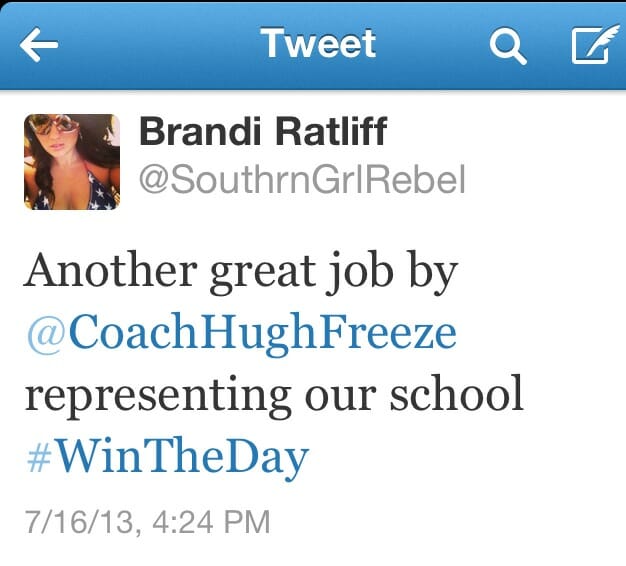 So if tweets are any evidence, Coach Freeze did indeed “win the day” (to borrow one of the coach’s favorite phrases) yesterday.

Luckily for Rebel fans, there are only 43 more days until the season begins against Vanderbilt on August 29th in Nashville!