5. Coach Hugh Freeze: What Matters Most

The story of head coach Hugh Freeze after his first season at the helm of Rebel football. In his first year, he took a team picked dead last in the SEC West and turned it around. Incredible, to say the least. (And his second season wasn’t too shabby either!) 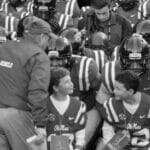 4. Oxford and Ole Miss: One for the Ole Miss Heart…

Jake and Will Lockhart lost their father just weeks before Ole Miss played LSU. Thanks to Coach Freeze’s enormous heart, he invited the boys to join the team on the Walk of Champions before the game. Get the tissues ready, this one is good.

Ole Miss student Carson Otter was assaulted while in Austin, Tex. He was visiting to see the Rebels play the Texas Longhorns. Otter has made immeasurable improvements since the assault and an arrest was made in his case. 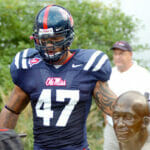 2. The Original Landshark: The Ballad of Tony Fein

Ever wondered where the Landshark came from? Our number two story gives us a complete look at where the popular Rebel hand-gesture comes from. 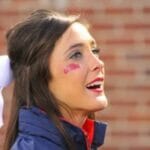 Our most popular story of the year is a satirical look at how much more beautiful the women of Oxford are compared to rest of the country.

Thank you to everyone who made our first year on the web a successful one! Be ready for more amazing-ness from HottyToddy.com in 2014! Happy New Year, y’all!