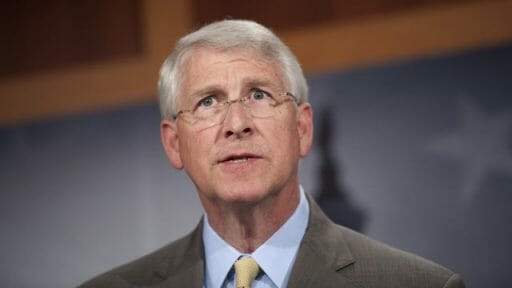 New Year brings more uncertainty, higher costs as  major provisions of health-care law take effect.
One of the most controversial provisions in the President’s health-care law is the individual mandate requiring every American to purchase insurance or face a tax penalty. The mandate was at the center of the Supreme Court case last year and has long been touted by the Obama Administration as crucial to the law’s success.
Just days away from the mandate’s effective date, President Obama partly suspended it for some Americans – adding yet another executive fiat to the law’s long list of delays, waivers, and exemptions.
Not as Advertised
It is disappointing that what was advertised as affordable health-care reform has not been the case with Obamacare. The New Year brings a number of uncertainties and worries about how this massive government takeover will affect Americans’ lives. The President’s promise that “if you like your health-care plan, you can keep it” was broken so blatantly that he was forced to make a public apology. Americans are experiencing sticker shock from rising costs, uncertainty from cancellation notices and bureaucratic confusion, and infringements on their religious freedom.
Infringing on Religious Freedom
While the Obama Administration is busy providing politically expedient exemptions and delays, it continues to fight against reasonable accommodations for religious beliefs. The law requires employers to provide insurance that includes contraceptive coverage. This mandate violates the deeply held religious convictions of many Americans. Fortunately, the Supreme Court has issued a stay on implementation of this troubling provision until it has a chance to review its constitutionality.
Treating the Law as ‘Mere Suggestion’
As a recent Wall Street Journal editorial observed, “The White House keeps treating the Affordable Care Act’s text as a mere suggestion subject to day-to-day revision.”  The last-minute decision to exclude some Americans from the individual mandate, for example, is not only an acknowledgement that the law’s centerpiece is flawed, but also a brash attempt to salvage declining public support. According to a recent CNN poll, 62 percent of Americans do not support the health-care law.
It is not hard to see why support for Obamacare is in short supply. For one, many of the law’s deadlines and requirements have been subject to arbitrary change. The employer mandate was delayed until after the 2014 elections because the Administration recognized the political backlash that would result from further burdening job creators. The enrollment period for 2015 was delayed until after this year’s mid-term elections as well, suggesting political considerations continue to take a backseat to sound public policy. Regulations now take up more than 10,000 pages, making compliance with the law increasingly complex.
Behind the Numbers
Although it has been nearly four years since Obamacare was signed into law, a recent poll found that more than 50 percent of Americans continue to believe that health-care reform should be the government’s top priority. Nearly 70 percent said that they “lack confidence in the government” to address the flaws in the system. The story behind the numbers reveals why Americans are still clamoring for real reform.
Over the next decade, the number of uninsured Americans will still be in excess of 30 million. Millions of Americans, including many in Mississippi, are struggling to budget for government-approved plans and significantly higher premiums and deductibles.  A priority for the New Year is finding solutions to these challenges and putting policies in place that make health care truly affordable and accessible.
Roger Wicker is a Republican senator from Mississippi
Facebook
Twitter
Pinterest
Previous articleDarling Honored for Leadership in Early Childhood Education
Next articleBeware: PayPal might secretly ask you for a Power of Attorney!