Hollywood, Pols, Media Get Failing Grades From Persons With Disabilities 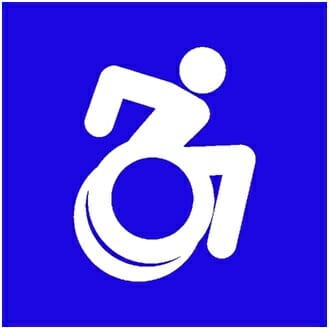 Last week the world discovered that cops and firefighters arrested in New York for fraudulently seeking Social Security disability benefits were faking fallout from the Sept. 11, 2001 terrorist attacks as a get-rich gimmick to collect hundreds of millions of dollars in disability payments.

While crooks and crooked politicians can be entertaining at times, these dramas to often distract us from a less sexy story line, about the massive number of people with disabilities (PwDs) who receive disproportionally less attention in the American spotlight.
More than half of Americans (51 percent) report having a disability, a family member, or a close friend with a disability. Whether it is an elderly parent with a chronic illness, a classmate who uses a wheelchair, or a young child on the autism spectrum, most of us have loved ones with disabilities. And tragically, fully 70 percent of working-age people with disabilities in America are outside the workforce (compared to 28 percent of people without disabilities). With current policies well in place these numbers have not changed in the 24 years since the passage of the Americans with Disabilities Act (ADA) of 1990.
Currently, there are 1 in 5 Americans (56 million) living with a disability. Yet, research by GLAAD found that people with disabilities only appear as characters in 1 percent of Hollywood films and TV shows. The disabilities community has similar misrepresentation in today’s media and political discussions. Most reporters “don’t cover these issues,” and most politicians lack significant interest. Yet as taxpayers, we will pay for their monthly benefit checks seemingly without thought.
We currently spend $350 billion as a country each year on the social security disabilities benefits program. While the benefits are necessary for people with physical and mental disabilities who truly need the support, fraudulent claims, employer misconceptions, and a structurally misguiding benefits system leave countless capable people dependent on government funding for the rest of their lives.
Most persons with disabilities (PwDs) want a hand up, not a handout. In a recent poll from RespectAbilityUSA.org, 3 out of 4 PwDs responded that they prefer a job and independence to the government safety net of benefits. Forward thinking employers such as Walgreens, EY, AMC, Lowes and Bank of America understand that PwDs can be outstanding employees. Their performance metrics are improving as PwDs contribute to the successful bottom lines of those companies. It’s time for other companies to follow their lead.
As Patrisha Wright once remarked, “Disability knows no socioeconomic boundaries.” In the book No Pity (1993), Joe Shapiro writes, “Disability… is the one minority that anyone can join at any time, as a result of a sudden automobile accident, a fall down a flight of stairs, cancer, or disease.” Yet people with disabilities bring unique characteristics and talents to workplaces that benefit employers and staff. Stephen Hawking is a genius who happens to use a wheelchair. People with disabilities can bag groceries, tend our parks and schools, and be super talents in developing computer software.
Despite its reach across economic, racial, and party lines, the disabilities community lacks necessary attention from policy makers often given to “Soccer Moms,” “Baby boomers,” “African-Americans,” and “Hispanics”. Though this group could make an impact if politicians could recognize their potential as a major voting block.
In the RespectAbilityUSA.org poll, an astounding 95 percen of respondents active in the disabilities community are more likely to vote for candidates with a record on improving opportunities for people with disabilities (PWDs). Additionally, nearly 9 out of 10 PwDs would be more likely to vote for a candidate with a written policy statement on their website covering their plan to improve opportunities for people with disabilities.
Until policy makers recognize PwDs potential as swing voters, they will most likely continue to fly under the American radar. For now, PwDs will continue to watch from the sidelines as the Jordan Belforts and Angelo Errichettis get all the playing time.
—-William Fowler is the President of Phi Delta Theta at Ole Miss and is currently a Fellow with RespectAbilityUSA.org, a non-profit organization working to empower people with disabilities (PwDs) to achieve the American dream.  Fowler is also a former HottyToddy.com intern and author of one of the website’s most popular all-time stories: Original Landshark: The Ballad of Tony Fein. Email him at Wdfowle1@go.olemiss.edu