Battle for the Senate Comes to Madison 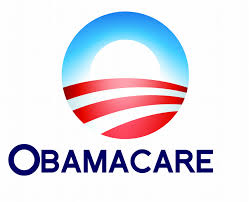 As January draws to a close, more and more attention is being given to the state of play for both houses of Congress during this November’s midterm elections.  If the past is any guide, the Democrats will be trying to minimize their losses, in both the House and the Senate.  Usually, the party in power loses seats during the sixth year of a president’s term.
If the present is any guide, then the Democrats may be trying to avoid a wipeout similar to the GOP landslide in 2010.  President Obama is not only in his sixth year.  He is currently at or near his lowest standing with American voters ever.  Obamacare is one reason.  The economy is another.  A failing and flailing foreign policy is another.  Incompetence, scandals, “selfies.”
You get the point.  It looks increasingly likely that House Republicans will be able to maintain their majority.  Some pundits are even predicting that the GOP will pick up a few House seats.
But what of the Senate?  If Republicans pick up the Senate, then Obama’s lame duck status will be a done deal.  It may be already, but a GOP Senate means Obama won’t even have Harry Reid to provide political cover.
Republicans have favorable territory for gains.  There are 36 Senate seats in play.  Of those seats, 15 are currently held by Republicans, 21 by Democrats.  Many Democrat seats are in states that voted Republican even when Obama was on the ticket.  Republicans, who currently hold 45 seats, need a gain of six for control.  University of Virginia prognosticator Larry Sabato (among others) just last week rated the GOP’s chances for picking up those seats as 50-50.
Metro Jackson will get a taste of the battle for the Senate on February 17.  On President’s Day, Madison County Republicans will feature Arkansas Congressman Tom Cotton as keynote speaker during the Madison GOP Executive Committee’s President’s Day Gala.  Cotton is running for the Arkansas Senate seat currently held by Democrat Mark Pryor.  Cotton, who currently represents Arkansas’ Fourth Congressional District, is touted as one of the GOP’s top 2014 candidates.  To win the Senate, Republican Cotton must win across the River.  (So must the GOP win against Louisiana’s Mary Landrieu, too.)
There is every indication that Senator Pryor may be the most vulnerable Democrat incumbent in the country.  In 2010, now Senator John Boozman routed Democrat Blanche Lincoln to win the other Arkansas Senate seat.  Pryor, like every other Democrat in office at the time, was the 60th vote for Obamacare.  60th vote Lincoln lost by 20 points.
If Pryor is a weak incumbent, Cotton also looks like a strong challenger.  According to his official biography, he was raised on his family’s cattle farm in Yell County, in rural west-central Arkansas.  He graduated from Dardanelle High School, Harvard College, and Harvard Law School.  (Probably a safe bet that the Yell County Harvard Alumni Club is even smaller than the Yale Law Alumni Club here.)
While Cotton was at Harvard Law, the 9/11 terrorist attacks occurred.  After a clerkship with the U.S. Court of Appeals and a brief period in private practice, Cotton joined the United States Army, not as a lawyer but as an Infantry Officer.  During almost five years on active duty, he served two combat tours in Iraq and Afghanistan and distinguished himself in the process.  Between his two combat tours, Cotton even served as a platoon leader with The Old Guard at Arlington National Cemetery.  He served in Afghanistan as the operations officer for a Provincial Reconstruction Team.  Cotton earned the Bronze Star, Combat Infantry Badge, and Ranger Tab.  After leaving active duty, Cotton returned to the private sector for a tour as a management consultant for the top-notch firm McKinsey & Co.
Pretty impressive.  Oh, and Cotton turns 37 this May.
Cotton is already winning the race for dollars, often a leading indicator of success at the polls.  He has outraised Senator Pryor in each of the last two quarters.  In December, Cotton reported over $1.24 million raised during the 4th quarter of 2013, with Pryor raising $1.1 million.  Cotton reported over $2.2 million cash on hand at the end of the year.  That is more than enough to pass the “credibility” test, and it is a lot of campaign cash in a smaller state like Arkansas (or, Mississippi).
Madison County Republicans think they have a winner for a speaker at their February 17 Gala.  If the GOP is to take back the Senate this fall, they better be right.
Cory T. Wilson is a Madison attorney who also serves on the Madison County Republican Executive Committee.  For details on the President’s Day Gala, visit www.madisongop.org.  Contact Cory at cory@corywilson.ms.