"I'm having my baby in TENNESSEE!!" Pat Summitt and the Power of CARING DEEPLY!"

–Charlie Adams is an Oxford native, graduate of Lafayette High School and a member of the Ole Miss Class of 1985. Adams is a journalist, author, and motivational speaker.
So much of our lives is determined by the set of attitudes we build and our fire within.
I am reading the remarkable book Sum it Up (Random House, by Sally Jenkins) on former Tennessee Lady Vols basketball coach Pat Summitt, who was diagnosed with early onset dementia.
About three years ago, In her late 50’s and still coaching Tennessee as the all time winningest coach in college basketball history, she drove to work one day as usual. A little bit later she was told she had left her car running in the parking lot.
The signs continued. One day she called a close friend five different times to ask what time she was arriving for a visit. In April of 2011 at age 59 the official diagnosis came. Her first reaction was to haul off and hit the doctor. Seriously.
Instead, she fought back every which way possible, even coaching one more season to bring awareness to the disease. She partnered with author Sally Jenkins on the book.

“What better way to kick a memory-wasting disease in the teeth – to keep my mind sharp and my heart engaged and my life in perspective – than with a memoir? asked Summitt.
Summitt grew up in Henrietta, TN. As a teenager she borrowed her boy friends Pontiac GTO to drag race the boys at over 100 mph. As a child she lived in a log cabin that Jessie James had laid the cornerstone on. It had no running water. With no money to go to the doctor, when they got sick Momma made a mixture of Listerine, ground up aspirin and salt water. Daddy told them, ‘get well.’
Her Dad loved her, but didn’t mess around. If she got out of line, she got a whuppin’. There was no time out. She got worn out.
Five foot eleven, she played college ball and became head coach of the University of Tennessee women at a very young age. Constantly reading motivational books, two of her favorites were ‘Reaching the Top’ by Zig Ziglar and ‘Hope for the Flowers’ by Trina Paulus, a book about caterpillars Stripe and Yellow, who struggle to “climb to the top” before understanding that they are meant to fly.
Her early teams suffered some losses because she didn’t have top players. When she called her Dad after one loss, his lone response was, “You don’t take mules to the Kentucky Derby.”
She started recruiting better people. Any organization is defined by the quality of its people. She also was innovative. She started getting talented male basketball players from the student population to practice against her Lady Vols. Going against these big, strong boys, who had been high school basketball stars, made her girls so much better. Before long, every other women’s college program copied her.
Back then in the 70’s there wasn’t much money for women’s college sports. She drove the team van. They often slept on the gym floor of where they were playing, but when President Ford signed in Title IX a lot more money became available for women’s college sports. When the University of Texas hired Jody Conradt to a $17,000 a year salary as a coach in 1976, the local paper’s headline was“Woman Hired at Man’s Salary!”

Summitt drove her players hard because of her belief every person has potential greatness in them. Once, after a loss at rival Vanderbilt in Nashville, the team got back to Knoxville at 2 AM. When the players wearily started to trudge back to their dorms, she had them put on the sweaty uniforms they had worn in the game. She then had them watch the whole 2 hour game on video again, writing down their mistakes, and then had each do a 30 second sprint for each mistake. This ended at 6 AM and each player was expected to be at 8 AM class.

In all her four decades as coach there, 100 % of her players graduated that completed their eligibility. Not that many transferred despite her hard driving ways. She did soften her leadership style, and she became a much better communicator.
“I learned a fundamental lesson along the way,” Summitt says in the book,” that in the absence of feedback people will fill in the blank with a negative. They will assume you don’t like or care about them.”
Powerful point! In the quarter of a century I was in television news, if I didn’t get feedback from my manager, I often assumed the negative.
Summitt once had a player named Bridgette from south Florida who had never seen snow. Tennessee was at Notre Dame for a game one winter when snow came down in South Bend. Bridgette was fascinated. Summitt insisted that Bridgette experience donuts and not the kind you get at Dunkin Donuts. Summitt got a car and told Bridgette to hop in. They found a big parking lot and the coach did all kinds of donuts.
The greatest coach in women’s college basketball history, cutting donuts in some Kroger parking lot!
Whenever I speak, I talk about how powerful it is to care. Summitt cares DEEPLY, and no where is that better shared than when she was on a recruiting visit in Pennsylvania to try to get Michelle Marciniak, a 5′ 11″ guard.
I had heard this story years ago and have shared a version of it in many motivational presentations, so I was delighted to find there was a whole, in depth chapter on this wild adventure in this new book.
In the early 1990’s, while flying in a University of Tennessee private plane to Allentown, PA, Summitt’s water broke. She was 8 1/2 months pregnant.
Upon landing she called her doctor back in Knoxville, who said first babies take a little longer. As long as she was pretty quick, she could get in the visit and then get back to Knoxville on the 2 hour flight. Summitt had an assistant coach with her named Mickie De Moss, who was all freaked out about this, but went with Summitt to the Marciniak home in a rental car.
In a priceless chapter in the book, the mom of the Marciniak family greets them at the door and asks coach how she is doing. “Well, my water just broke,” Summitt answered. The mother’s jaw dropped.
Their recruiting pitch in the den was revved up to the point where Mickie sounded like she was motorized the way she was showing pictures of the dorms and athletic facilities at Tennessee. Summitt’s back started killing her to the point where she finally said they would have to leave. The assistant Mickie, about 7 shades of white, asked if the Marciniak family would drive back in front of them to the plane as she wasn’t sure if she knew the way back.
So the recruit and her brother drove 80 mph through Allentown going down 1 way streets the wrong way with coach Summitt and Mickie right behind them. Marciniak later recalled that a lasting memory was looking back and seeing the greatest coach in women’s college basketball history with her legs up against the dashboard trying to get comfortable.
They got to the plane and told the pilots to get them up pronto. Having heard that a glass of wine could slow contractions, Summitt asked the pilots if there was any onboard. There was not, but there was bourbon. Summitt passed, but her assistant coach threw down a big gulp.
When Summitt gave Mickie a brochure on how to deliver a baby in an emergency situation, Mickie took another pop of the bourbon. 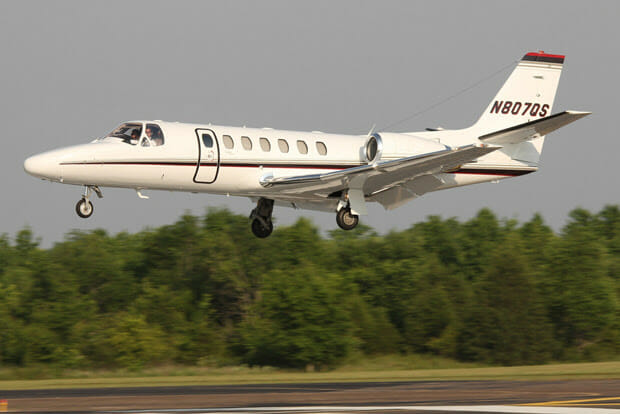 When they were in the air was where it hit home how much Summitt CARES in life. Mickie and the pilots begged her to let them land in Roanoke, VA. Summitt said no way in you know where was that happening! She said she had been born in Tennessee, raised in Tennessee, worked there and would die there. HER BABY WAS BEING BORN IN TENNESSEE!
Plus, Tennessee had lost to Virginia the year before the the national championship tournament.Summitt told Mickie if those pilots dared to land in Virginia they would have a MADWOMAN on their hands!

The pilots flew so fast that they burned 900 gallons of fuel in just over an hour of what should have been a two hour flight, and there were literally black streaks on the side of the plane. Ambulances were waiting at the runway and Summitt was taken to the hospital where she would have boy Tyler several hours later.
That was over twenty years ago. That baby Tyler is now a young man in his 20’s that is helping his mom adapt to life with dementia.
I shared that story last night in a keynote address at the Wayne County annual Soil and Water Conservation District meeting and the audience was so energized by her passion!
Summitt coached one more full season after being diagnosed with dementia. I went out in person that year to see Tennessee at Notre Dame as I live in South Bend. It was obvious the effects of dementia impacted how she coached, but she went that one more year to bring awareness. After it, she handed over the reins to the program to longtime assistant Holly Rowe and is still connected as head coach emeritus. She just wants to do whatever she can to help the team, even if that means just being at practice.
Pat Summitt has more wins (1098 to just 208 losses) than anyone else and a whopping 8 national championships. She also has these set of attitudes about what life dealt her in her late 50’s.
“Whether it’s managing arthritis, losing a parent, going through a divorce, or having a dislocated shoulder, we’re not here to be completely satisfied,” she says in the book. “Nor are we in command – not even with our own bodies. We borrow, we don’t own. I know that everything I’ve been given comes as a gift from God and He has a way of reminding us, “This is my work.”
“Quit? Quit? We keep score in life because it matters. It counts. Too many people opt out and never discover their own abilities, because they fear failure. They don’t understand commitment. When you learn to keep fighting in the face of potential failure, it gives you a larger skill set to do what you want to do in”
She continually looks on the bright side, the positive side.
“Alzheimers has brought me to a point that I was going to arrive at someday anyway,” she says. “With our without this disease I was going to experience diminishment. We all do. It’s our fate.”

This is a photograph of the bronze statue of Summitt unveiled this past  September. Her son Tyler is in the blue suit just to the left of it.