While most Ole Miss students relaxed or attended winter intersession classes during January, five sorority sisters from Ole Miss traveled halfway around the world to provide food, comfort and happiness to children in need.


The Delta Rho chapter of Kappa Kappa Gamma organizes several mission trips each year – in the winter, the summer, and sometimes over spring break. Usually, the sisters travel to Africa, but this year an opportunity presented itself to expand the sorority’s reach and travel to another corner of the world.
“I’ve always really wanted to go on the…trip to Africa,” Abee Jensen said. “But this trip became available and I thought it was amazing to be able to see three different cultures within one trip.”
Jensen, Lauren Buberger, Maggie Brooks, Sarah Douglass, and Rachel Marsh spent 16 days traveling through Kolkata, India; Colombo, Sri Lanka; and Dhaka, Bangladesh with Melinda, a guide from Feed the Hunger, an organization that sends food packages into areas of the world that struggle to provide basic necessities. FTH also helps build community centers that are sued as schools and churches and donate supplies, such as clothing, transportation, and school supplies.

Kappa hosts ‘Pack-a-thons’ where community members come together to pack boxes of food to be shipped to FTH locations around the world. Feed the Hunger’s goal is to feed three things – people’s spiritual hunger, physical hunger, and their hunger for knowledge.
“That’s why FTH teams up with schools, so the kids aren’t just learning about God and getting the nutrition they need,” Douglass said. “They’re also getting an education. Who knows, maybe that one meal we pack in Oxford, Miss. will get a kid in Kolkatta, India to sit through class, get an education, and maybe make a change.”
The group left, on different flights because of poor weather conditions across the country, on Jan. 4, 2014. Buberger said she spent one day in Sri Lanka, three days in India, and five days in Bangladesh. Jenson said the most bizarre part of the travel overseas was that it took two and a half days to get to Sri Lanka, but only one day to fly home. Due to flight delays though, Jenson was able to spend a night in Turkey and add one more country to her world-tour before meeting up with the rest of the group in Asia.
Buberger and Jensen both said she would love to spend more time in Sri Lanka and India, especially India. Jensen said she fell in love with the hustle and bustle, bright colors, and the “overwhelming sense of spirituality”.

“What I got out of this experience is something that is hard to describe to people who haven’t seen that side of the world,” Buberger said. “I never knew I would be able to touch people’s lives so deeply that didn’t speak my language or understand where I came from. Even though most of them couldn’t even pronounce our names, the love I felt from them was an extraordinary thing.”
Buberger said her favorite parts of the trip were traveling to the more rural areas where most people were fishermen or farmers. They delivered food to the schools that Feed the Hunger provides meals for year-round. The group unanimously agreed they also enjoyed playing with the children.
“The happiness we provided to the children of Happy Home orphanage in Kolkata, India had a huge impact on them, but also on our group,” Buberger said. “We ate lunch with them and played with them all day long. Every single one of them gave us love that I didn’t understand a child could give, much less show a stranger.”
Jensen said one of her favorite moments was when they visited the orphanage and met an older boy who was getting read to leave the school. His dream was to go to a seminary school to continue his education.
“When I got home, I told my dad about him and now my family is financially adopting him so that his dream can come true and go to seminary school,” Jensen said.

Despite going on the same trip, to the same countries, visiting the same people, each girl brought home a different moment that stood out most. Marsh also described her experience the day the group spent at the Happy Home orphanage in Kolkatta as one she will never forget.
“We made little bracelets with the children where each bead represents something different about God, the type of thing you make at vacation bible school,” Marsh said. “As we played around with all the children, a little girl and I formed a special bond. I never knew her name, just a little 4-year-old in a purple dress with a huge smile.”
They played, danced and ran around until the little girl looked down and noticed her bracelet was missing. Marsh said the little girl’s expression at that moment was absolutely heart wrenching.

“It was a look of pure sadness, panic and loss, as if she just realized her most prized possession is missing,” Marsh said. “A few moments later, I found the bracelet and when I presented it to her again, I watched as her expression changed instantly. This time to joy.”
Like the other Kappas, Marsh said the trip, especially moments like this one, makes them life from a different vantage point. She described it as a “constant flood of realizations”. Everything she was seeing, smelling, and tasting was completely new and different. Her take-a-way from the experience with the girl in the purple dress, and the trip in general, really put everything into perspective for her.
“[The experience] made me question my material desires I have in life,” Marsh said. “I was overcome with an unexplainable emotion, part guilt and sadness, and part gratitude and humility.”
Jensen also said she is now more thankful than ever for the little things, like water, paved roads, and hot showers. She said the bottled water in Asia didn’t even taste right and she couldn’t imagine riding down those bumpy dirt roads every day.

“After riding in a van on a dirt road that was so bumpy that I bruised the top of my head, I’ll never take roads for granted again,” Jensen said.
Douglass reflected on the trip by realizing how much closer she grew to her sorority sisters and the bonds they formed, not only as members of the same organization, but as friends too.
“Sounds crazy, but sometimes it takes going all the way to Kenya or Bangladesh to really get to know a sister in a different pledge class,” Douglass said. “It definitely makes our sorority stronger, because it’s a bonding experience. Living in the sorority house rocks, but the really awesome stories are the ones made while trying to navigate the streets of Colombo, Sri Lanka, or playing soccer with kids in an African tribe. These trips are an awesome way not only to get a taste for a foreign culture, but to really get to know each other too.”

After the group returned to the U.S. on Jan. 16, Buberger said she will carry this experience with her the rest of her life. She vows to live selflessly and to help others whenever possible.
“Experiencing this part of the world and helping people in it was the best thing that I have ever been a part of,” Buberger said. “I met some of the most amazingly kind and beautiful people,” Jensen said. “The children in Bangladesh would run next to our rickshaws, just to touch our hands and say hi. I’ll never forget their overflowing love. It was so cool to see how excited we made them, even though we are outsiders that only spoke English.” 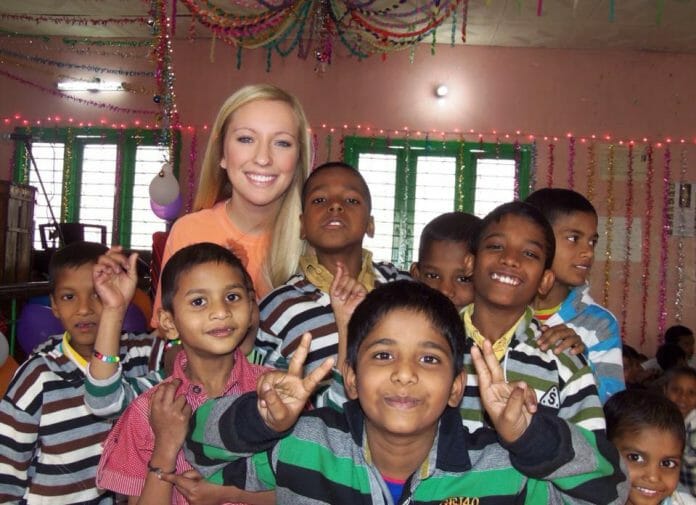 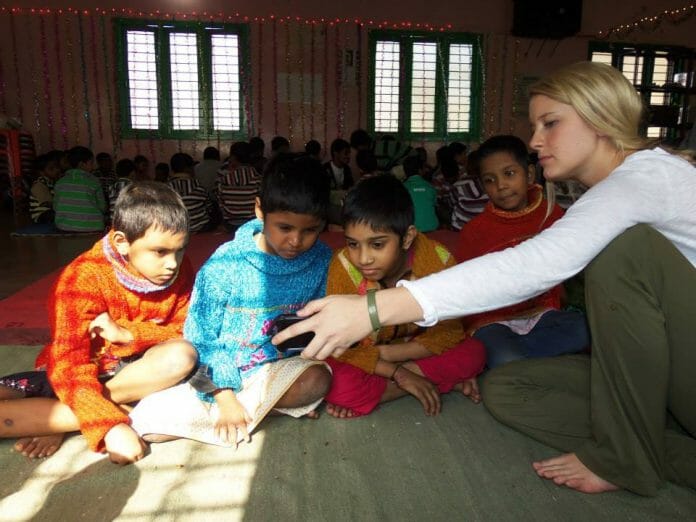 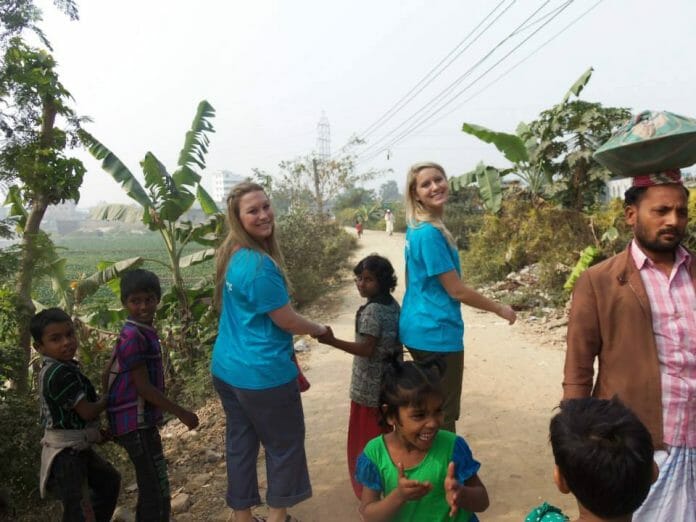 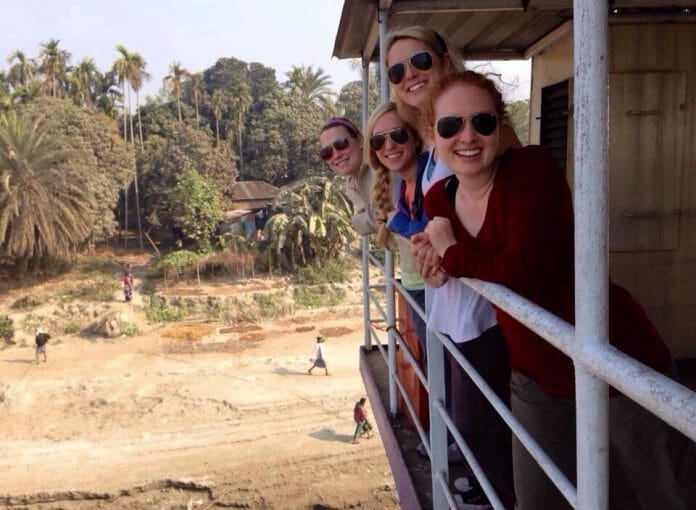 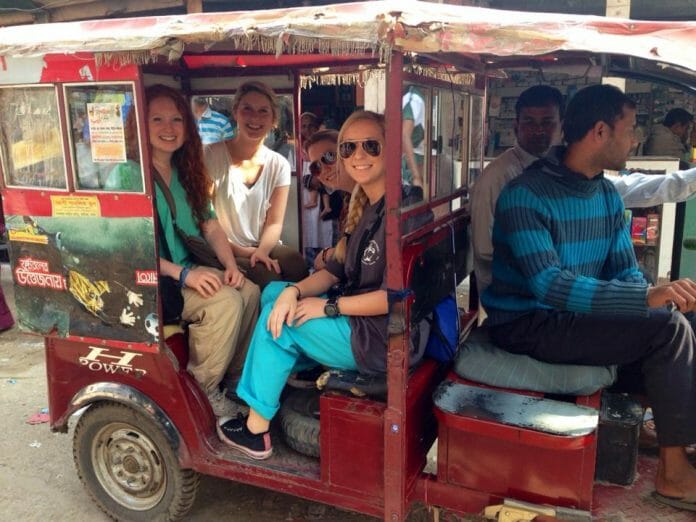 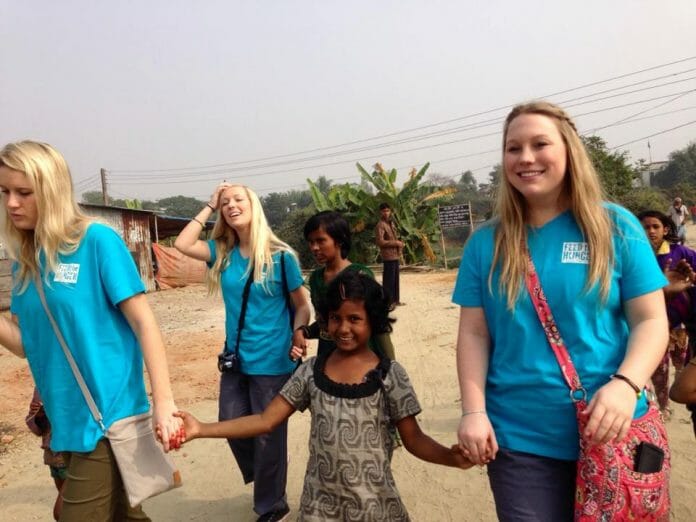 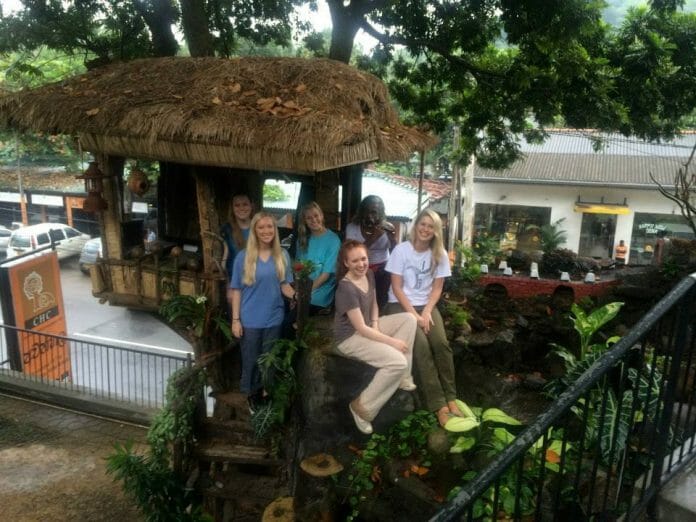 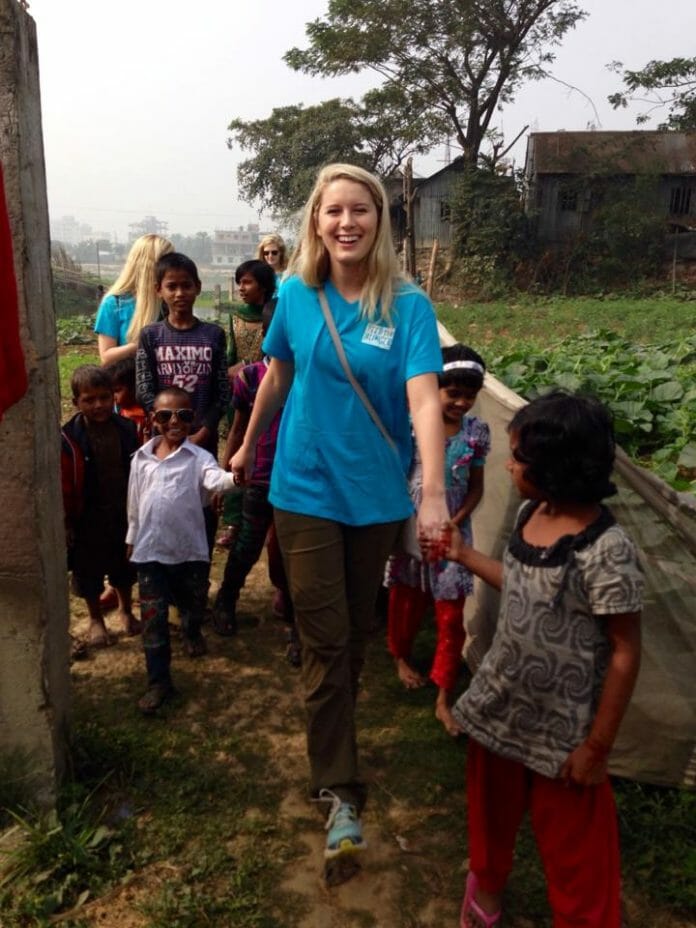 – Kate Sinervo is managing editor of HottyToddy.com and a Kappa Kappa Gamma alumna. She can be contacted by emailing kate.sinervo@hottytoddy.com.