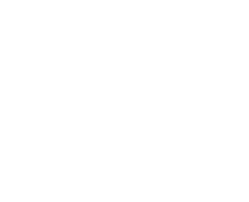 Another Obamacare finagle from the White House. Announced last week, the employer mandate will be postponed, again, for businesses employing 50 to 100 people. President Obama, using his pen, his phone, and apparently a secret decoder ring that lets liberals see provisions in the Affordable Care Act the rest of us can’t, waved his hand and created a new deadline, for a new category of employers.
These new Obama tricks are because of an old problem. The health care law continues to be deeply unpopular. Obama Democrats know if the mandates and deadlines actually written in the law were to go into effect, millions of Americans would lose their plans (and their doctors, and maybe their jobs) just before the 2014 elections.
Obama’s latest lawlessness is all about politics. But Obamacare also makes for an interesting case study in political science.
The health care law is the only measure in history of such significance that passed with no support from the opposition party. Remember the Louisiana Purchase, Christmas Eve votes, and all the other kickbacks and procedural contortions liberals had to pull in order to keep enough Democrats in line? The law’s passage was extraordinary (another word is “perverse”; or “illegitimate”).
Moreover, most measures end up with some success, some failure, some gray area. Both supporters and opponents can find things to justify their positions. Take 1990s welfare reform. Bill Clinton took credit for it, but a Republican Congress (elected after Hillarycare, Obamacare’s predecessor, imploded) forced the measure to Clinton’s desk. Reforms reduced the welfare rolls, both sides took credit, and the rest was history. At least until President Obama unilaterally repealed the welfare law’s work requirements in 2012.
Same with Clinton’s tax hikes. The economy boomed in spite of them, fueled by the tech bubble. And the GOP Congress forced Clinton to agree to balanced budgets. Result: economic growth and a budget surplus. And, both sides could contend that their policies were the result.
Obamacare is different. The big promises made by supporters have all proven false. “If you like your health care plan, you can keep it,” is 2013’s lie of the year. In politics, that’s saying something.
In fact, the actual results under Obamacare have so far unfolded exactly as opponents predicted. Or worse. Website: disaster. Premiums: skyrocketing, unless subsidized by government spending, which is also skyrocketing. Insurance coverage: more expensive, while covering less (except for things like free birth control, maternity care for men, and other requirements mandated by Washington).
Interesting things are happening as a result. Obama’s Democrats are using whatever pretense necessary to shore up the law. The result is that Obama’s credibility is in shambles. And the pretenses are revealing much about Democrats’ true political philosophy.
Democrats’ reaction to the report released February 4 by the Congressional Budget Office has been most telling. Keep in mind that Obama and his liberal allies have consistently relied on the CBO when they liked the CBO’s analysis.
The CBO report was disastrous for Obamacare and Democrats. The CBO estimated that Obamacare would “reduce the total number of hours worked, on net, . . . during the period from 2017 to 2024, almost entirely because workers will choose to supply less labor — given the new taxes and other incentives they will face and the financial benefits some will receive.” The CBO estimates a “decline in the number of full-time-equivalent workers of about 2.0 million in 2017, rising to about 2.5 million in 2024.”
Obamacare will be a drag on economic growth, and it subsidizes working less. It’s a concept as old as the Great Society of the 1960s. All exactly as the law’s critics have predicted.
The Democratic response to this double-whammy? The White House and Congressional Democrats fell all over themselves to argue that this is a good thing. Less work, and more subsidized living, will free people from “job-lock.”
Spinning the pretense that the CBO’s prediction of lower growth and less employment is good, Democrats let another mask slip. When Bill Clinton signed welfare reform, Democrats postured as the party of “working Americans.” Now, Obama Democrats reveal themselves as the party of subsidized government dependency. Never mind those of us who will have to work harder to pay for the “freedom” of others not to work, and to make up for slower growth.
Obamacare presents American voters with a case study from which clear conclusions can be drawn about Democrats and their vision of big, intrusive government. I just hope, beginning in November, they draw the right ones.
– Cory T. Wilson is a Madison attorney with Heidelberg Steinberger Colmer & Burrow, P.A. Follow Cory on Twitter, @CoryWilsonMS, or email cory@corywilson.ms.