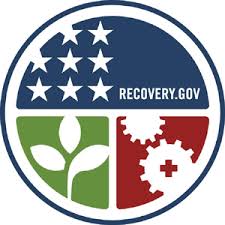 Five years ago, President Obama assured Americans that his stimulus plan would generate “shovel-ready” jobs and jumpstart the economy. At a cost of nearly $1 trillion in taxpayer money, the plan was supposed to keep the unemployment rate below 8 percent. The Administration had predicted unemployment would be down to just 5 percent by the end of 2013.
It is overwhelmingly clear that the stimulus fell far short of these expectations. Even President Obama admitted that “shovel-ready was not as shovel-ready as we expected.” Instead of a jobs recovery, the stimulus fueled a big-government agenda with more spending and waste. For a record 43 months, unemployment remained above 8 percent. Today, the labor force participation rate – measured by the number of working-age adults who have a job or are searching for one – has plummeted to levels not seen since the Carter Administration.
Rather than rescuing the economy, President Obama’s misguided policies have made it worse. Millions of Americans are still without a job. It is no wonder that a recent Gallup poll shows Americans now view unemployment as the most important problem facing the country.
Empowering America’s Workforce
I voted against the stimulus bill, but it was rammed through Congress by Democratic super-majorities. There are better ways to put Americans back to work than borrowing and spending money the government does not have. The best unemployment program is a jobs program that empowers the U.S. workforce. The question is whether President Obama and Democrats are ready to work toward bipartisan solutions that could make a positive impact in American lives.
Republicans have put forward numerous ideas to spur job-creating innovation and investment without giving more power to Washington bureaucrats. Encouraging a competitive workforce is one of these priorities, which is why Republicans have proposed needed reforms to federal workforce development programs. The government spends approximately $18 billion each year to administer 47 different job training programs, even though the Government Accountability Office has concluded that some of the programs are duplicative and lack proven results. Streamlining the process would remove waste and help equip workers with the skills they need.
Encouraging Trade Opportunities
Increasing U.S. exports is another way to boost job growth. Trade agreements are beneficial because they help level the playing field in favor of American workers, farmers, and service providers to compete in the global marketplace. According to the U.S. Secretary of Commerce, nearly 5,000 jobs are supported across the United States for every $1 billion in exports. In 2013, Mississippi set a record for exports for the fourth consecutive year. It is reported that more than 300,000 Mississippi jobs are supported by international trade. And yet, Democratic leaders continue to stand in the way of vital U.S. trade agreements.
Developing Our Energy Resources
Republicans have repeatedly advocated constructive strategies to ignite America’s abundant energy potential. The stimulus funds that went to now-bankrupt solar company Solyndra reflect the serious shortcomings of President Obama’s energy plan. Rather than picking winners and losers, Republicans continue to call for a truly “all-of-the-above” approach that responsibly develops our country’s diverse domestic energy resources. Approving the Keystone XL pipeline would be a major step in the right direction, creating thousands of jobs without spending taxpayer dollars. It is exactly the kind of stimulus that America still needs.