The Thacker Mountain Radio Show returns to the Delta this Saturday, March 1 and will be broadcast live from the Delta Music Institute at Delta State University. 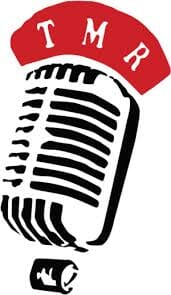 For those unfamiliar with this show, Thacker Mountain is a throw-back to live radio shows from the past such as the Grand Ole Opry and the Louisiana Hayride. These iconic radio shows were often the highlight of a family’s week when everyone would sit around their radio at night and listen to the glorious music being performed on these shows.
Thacker Mountain is broadcast live on Thursday nights across the state on Mississippi Public Radio. It is then rebroadcast every Saturday night. The show is produced in Oxford from Off Square Books and for one hour each week, listeners have the opportunity to hear some of our state’s most talented musicians, poets, writers, and over-sized characters.
Thacker leaves Oxford only once a year and Delta State is the lucky recipient. A special note about Thacker’s Delta broadcast is that it is always dedicated to the memory of the late Delta musician, Duff Dorrough. Some of the proceeds from the Thacker Mountain DSU/DMI show go to the Duff Dorrough Scholarship at the DMI.
I have several connections to this show, beginning with Duff.
Duff was a good friend. His statewide popularity occurred when he was the leader of the 1980s band, The Tangents. When I attended Ole Miss (1980 – 1984), half of The Tangents stayed at my apartment every time they played in Oxford. Duff, Steve Morrison, and Jim “Fish” Michie were the regulars who stayed with me and it was not unusual for Duff to put charcoal on the grill and start cooking something …. at 3:00 a.m.!
Not only was Duff a talented guitar player and singer, he was an outstanding painter along the lines of noted Delta artists, Sammy Britt and Gerald Deloach. Occasionally, Duff pained murals around the Delta and if you visit downtown Ruleville today you’ll see murals on the sides of buildings created by Duff. He died in 2012 after a long illness and left behind a vast array of music and art that will be with us for generations.
This year, the main entertainment on Thacker Mountain will be Mississippians Dan Tyler and Charlaine Harris.
Dan is from McComb, went to Ole Miss, and graduated from Ole Miss Law School with Bill LaForge, the President of Delta State. Dan practiced law in McComb for a short time, but decided his real calling was songwriting … and a huge songwriter he became. Dan lives in Nashville and over the years he has written Number 1 hits for Leann Rimes, Eddie Rabbitt, the Oak Ridge Boys, the band Alabama, and others. In the late 90s Dan wrote his first novel, “Music City Confidential”. His fictional book follows the lives of several involved in the Nashville music business – the good side and the shady side.
Dan is one fine person. Back in 1997, my wife, Cindy and I looked into the possibility of moving to Nashville. Dan was the first person I called. He helped arrange dozens of meetings and job interviews for me with the music leadership of Nashville. At that time, the music business was in a downward spiral and we decided to stay in the Delta which was the right decision. However, I’ll never forget Dan’s help and kindness.
A live radio show cannot be a success without a talented host and Thacker has a great one in Jim Dees of Oxford. Jim is one of the first people I met when I entered Ole Miss as a freshman. In fact, today Jim is one of our contributing writers at Delta Magazine.
The Thacker Mountain Radio Show will begin this Saturday at 3:00 p.m., (March 1) inside of Studio A at the DMI at Delta State. Arrive early to get a seat because this will be an event you do not want to miss.
Congratulations to DMI Director Tricia Walker for her help in bringing this wonderful radio show to Cleveland. Tricia is a tremendous asset to Delta State and the Mississippi Delta.
– Scott Coopwood is the owner and publisher of Delta Business Journal, Delta Magazine and The Cleveland Current. He can be reached at scott@coopwood.net