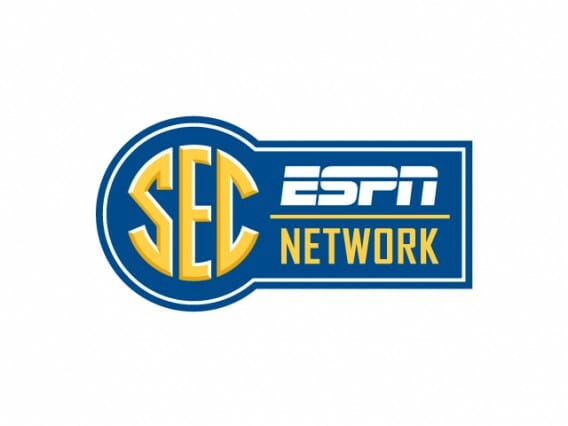 Ole Miss and Southeastern Conference sports fans received some good news this week, as the new SEC Network will be carried by DISH when the multiplatform network launches on Aug. 14, 2014.
The deal is part of a larger comprehensive long-term distribution agreement announced by DISH and the Walt Disney Company. DISH is the SEC Network’s first nationwide television provider.
The channel will be available to fans and followers of the SEC in DISH’s America’s Top 120+ and higher packages across the country. DISH subscribers will also have authenticated access to additional live events scheduled for the SEC Network’s digital platform, with the ability to watch SEC Network content anytime, anywhere on their television, computer, tablet or mobile device.
“Few fan bases rival the passion and loyalty of the SEC, and DISH is proud to be the first nationwide television provider of the SEC Network,” said Dave Shull, DISH executive vice president and chief commercial officer. “We strive to give our customers and consumers what they want, and there’s no better place for the college sports fan than with DISH.”
The SEC Network and its accompanying digital platform will air more than 1,000 live events in its first year, including at least 45 exclusive SEC football games, more than 100 men’s basketball games, 60 women’s basketball games, 75 baseball games, 50 softball games and events across all of the SEC’s 21-sports. The network will be an all-access pass to nationally competitive events, news and information, expert analysis, classic games and in-depth features on the most storied conference in college athletics.
SEC Commissioner Mike Slive said, “This is an important day for the SEC Network. We are pleased to welcome DISH to the SEC family. More than five months ahead of the network launch, it’s exciting to have a national distributor and our first satellite provider on board. Now SEC fans from across the country have another way to show their conference pride and sign up to get the SEC Network.”
“This agreement provides DISH customers nationwide with access to every SEC college football game this fall and an unparalleled fan experience of more SEC content than ever before,” said Justin Connolly, ESPN senior vice president, college networks.
Details on the SEC Network’s channel number will be available on www.dish.com at a later date. Financial terms and other details of the agreement were not disclosed.
It was previously announced that AT&T U-verse would also carry the SEC Network.
About DISH
DISH Network Corporation (NASDAQ: DISH), through its subsidiary DISH Network L.L.C., provides approximately 14.057 million satellite TV customers, as of Dec. 31, 2013, with the highest quality programming and technology with the most choices at the best value. Subscribers enjoy a high definition line-up with more than 200 national HD channels, the most international channels, and award-winning HD and DVR technology. DISH Network Corporation is a Fortune 200 company. Visit www.dish.com.
About SEC Network
The Southeastern Conference and ESPN have signed a 20-year agreement through 2034 to create and operate a multiplatform network which will launch in August 2014. The new network and its accompanying digital platform will air SEC content 24/7 including more than 1,000 events in its first year. The network will televise approximately 45 SEC football games, more than 100 men’s basketball games, 60 women’s basketball games, 75 baseball games, and events from across the SEC’s 21 sports annually. Programming will also include studio shows, original content such as SEC Storied, spring football games, signing day and pro days coverage. Hundreds of additional live events from various sports will be offered exclusively on the digital platform. AT&T U-Verse, DISH and National Rural Telecommunications cooperative (NRTC) have agreed to carry the SEC Network.
— Ole Miss Sports Information