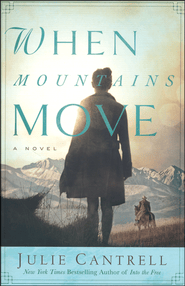 Excitement builds as our first-ever Author Rodeo Round-up at Northwest nears.
We have a great group of panelists and an eager collection of local authors rounded up. One panelist in the group is key because of her ability to tackle tough issues making her work very accessible to readers.
We first met Julie Cantrell at a Reading Roundtable event sponsored by Sycamore Bank in 2013.
Members read her book, “Into the Free,” and were impressed with her main character, Millie.  Millie is the product of an alcoholic father, suicidal mother, and an unethical preacher.
Cantrell explained, “Sometimes, readers ask me why I choose to write about dark topics such as domestic violence, sexual abuse, addiction, betrayal, and hypocrisy. My answer is simple. I don’t know anyone who hasn’t been touched by struggle in some significant way. So my goal as an author is to explore these human journeys and to remind each reader that we are never alone in our suffering.
I also hope to show readers that recovery is possible, and that faith is the key to healing. I’ve been thinking a lot lately about life, love, and the redemptive power of forgiveness. I realize, as Millie points out in “Into the Free” that forgiveness is a heavy word. To forgive someone is never easy, especially when we seem to have been hurt beyond repair. And let’s be honest…who hasn’t?
I know too many people who have been violently attacked, verbally abused, emotionally destroyed, or sexually victimized. I know soldiers who have sacrificed limb and life, left their families, entered the battlefield, and returned with wounded body, mind, and spirit.


I also know parents who have lost their children to addiction, wives who have been betrayed by their adulterous husbands, men who have sold their souls to the fantasy of porn, and children whose parents have hurt them in ways too horrific for our imaginations.
Best friends and coworkers betray one another, fractured families carve deep ravines between loved ones, and the race for wealth, fame, or power lead many well-intentioned individuals to corrupt and selfish paths.
But despite all the hurt in this world, here’s what I believe. Honest people trust others. Joyful people love others. Secure people see only the good in others. Selfless people take great risks in order to help others. Genuine people never turn their back on others. Grateful people do not envy others. Kind people do not intentionally hurt others. Humble people celebrate the success of others.”
Cantrell will discuss her latest, “When Mountains Move,” Mar. 29 at 2 p.m. in the R.C. Pugh Library at Northwest Mississippi Community College as part of the Author Rodeo Round-up.
The March meeting of Northwest Mississippi Community College’s Reading Roundtable, made possible with funds from Sycamore Bank, will be held on Tuesday, March 25 at 2 p.m., in the R.C. Pugh Library on the Senatobia campus.
Reference Librarian Courtney Hicks will lead a discussion of Maria Semple’s book, “Where’d You Go Bernadette.”
Semple is a novelist and veteran comedy writer who worked on the television shows “Arrested Development” and “Mad About You.”  Julie Bosman of the New York Times writes, “Where’d You Go, Bernadette,’ published by Little, Brown & Company tells the story of Bernadette, a former architect who won a MacArthur “genius” grant and then disappeared from public view; her tech-guru husband, Elgin Branch, who is nerd-famous for an especially rousing TED talk; and their precocious teenage daughter, Bee, who has convinced her parents to go on a family trip to Antarctica before she heads off to boarding school.”
Maggie Moran is director of learning resources for Northwest Community College