Oxford Ranked ONLY 3rd Among Mississippi Cities – Guess Who Beat Us…

Well, Mississippians, the votes are in! Movoto,  an online real estate brokerage based in San Mateo, Ca., ranked the 10 Best Places in Mississippi. How do you think they did?
As Oxonians, we at HottyToddy.com are content to sit at number three only because of who ranks above us. After all, it’s hard to argue that beaches of Sardis Lake are better than those of Long Beach, Miss., the best place in Mississippi (according to Movoto). In second place, Madison, Miss. was named the most affluent based on their extremely high median household income of more than $100,000 (give us a break, we’re all journalists, teachers and students up here).
Below is a slide show put together by Movoto depicting each of the 10 Best Places in Mississippi. Agree or disagree, let us know what you think! Comment below with how you feel Movoto did!
The 10 Best Places In Mississippi By Movoto Real Estate
The Top 10 List:

How Movoto chose the 10 Best:
The Best 10 Places in Mississippi were decided by seven criteria that don’t include the nation’s longest alligator (13 feet, 7 inches), the longest name of any state (move over Rhode Island), or the grandest river. The criteria were:

From there, the Movoto staff looked at U.S. Census data for towns with more than 10,000 residents, which narrowed the list to 42 (sorry, Itta Bena). From there, they ranked all  of the 42 cities/towns in 13 categories based on the seven criteria (is your head spinning yet?). Then averaged the score for each city, finally revealing the Top 10.
If your curious, the list of all 42 cities and how they ranked is at the bottom of the post. If you’re into mediocrity, Starkville hangs tough in the middle of the pack at 18. Congratulations, Clarksdale for bringing up the rear.
Here’s some more information about each of the 10 Best Places in Mississippi:
1. City of Long Beach 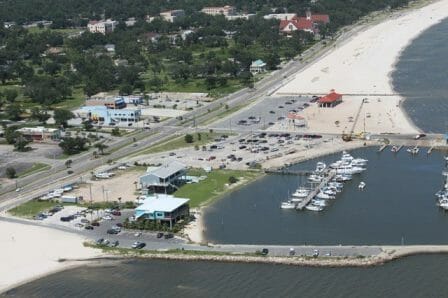 Mississippi is known as the Hospitality State and among the places in the state, Long Beach may just be the most welcoming. Not only is this Harrison County city home to the friendliest tree around, the Friendship Oak, but it also ranked well in tons of other welcoming activities to get into.
Long Beach also had one of the lowest student-to-teacher ratios in our analysis, just 14 to 1, and was one of the most affluent in terms of income and real estate prices. For example, the median household income in Long Beach is $54,832, and the median rent price is $976, some 66 percent higher than the rest of the state, indicating a high desirability to live in the area.
This friendly city has one of the lowest crime rates in the state with just 2,305 crimes per 100,000 people, and, to top it off, Long Beach has a warm average summer temperature of 82 degrees, perfect for a game of miniature golf at Plantation Pines or a dip in the gulf.
2. City of Madison 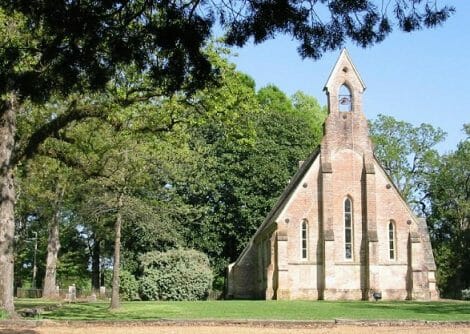 Madison may be the most expensive city in Mississippi, with a cost of living of 102 (10 percent higher than the rest of the state), but with a median household income of $100,679, it is also the most affluent.
What do residents do with all of this income? Well, for one, they probably spend a good portion of it on real estate, as Madison ranked as the most expensive when it came to median home price ($232,400) and median rent price ($1,592). Two, they must invest a good chunk into maintaining the community’s safety, because with just 990 crimes per 100,000 people, it is one of the safest places in the state. And, of course, they have fun with it, which shouldn’t be too hard to do with amenities like Strawberry Cafe, Mama Hamil’s, and the Malco Grandview Cinema.
3. City of Oxford 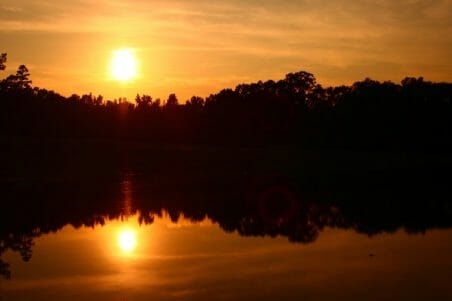 This Lafayette County city may well be the smartest in the state, not just because it is home to the University of Mississippi, but also in the way it earned the honor. Before Oxford was Oxford it was a simple, nameless piece of land purchased from a Chickasaw landowner. Then in 1837, it was named Oxford after the English university, in hopes of becoming the educational center for Mississippi. The name worked, and in 1848 the University of Mississippi was built.
Today, Oxford is still a leader in education, with a low student to teacher ratio of just 13 to 1 (the lowest in the state), and perhaps because of the university, Oxford had one of the highest number of total amenities in our study.
4. City of Ridgeland 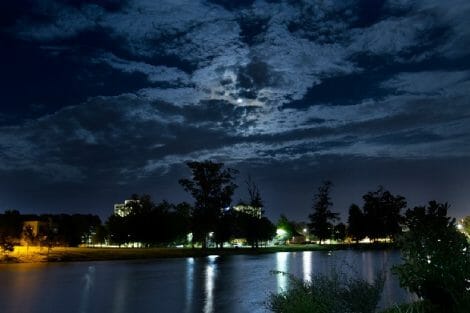 Another city in Madison County, Ridgeland is well known for its Fine Arts Festival, an absolute array of shopping and restaurants, and, of course, the crispy catfish at the Trace Grill.
The numbers in our study were just the cherry on top. With a median household income of $53,114, Ridgeland was the 10th most affluent place in our study, and the fifth most desirable in terms of real estate, judging by the median home price of $167,400.
To top it off, Ridgeland also had one of the lowest unemployment rates in all of the 42 places we looked at, just 6.8 percent.
5. City of Pearl 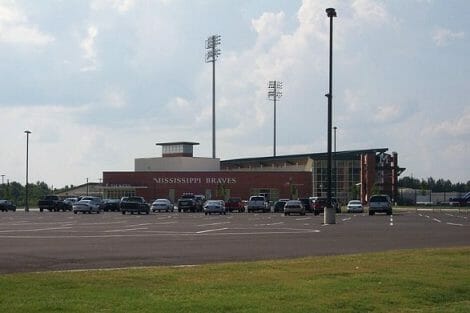 This Rankin County city is the pearl of Mississippi. Even with a population of over 26,000, Pearl maintains a close-knit community feel, with the Center City Complex, the Pearl Activity Center, Bright Park, City Park, and a variety of walking trails like Old Library.
If a sense of community, parks, catfish, and sweet potato fries don’t do it for you, don’t worry—that’s why we have the numbers. With a cost of living of 85 (where the national average is 100), Pearl came in as the most affordable city in our top 10. Plus, it had one of the lowest unemployment rates in the state, just 6.1 percent, and more amenities than 36 other places in the state.
6. City of Brandon 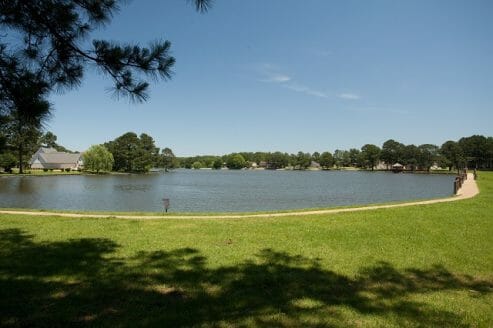 This city of just over 22,000 residents made our top 10 for a number of reasons, most of which involved dollar signs. For example, the median household income in Brandon is an impressive $62,706, 85 percent higher than Mississippi. Homes here are also 74 percent higher than Mississippi, at $160,500, making it the eighth most expensive city on our list in terms of real estate.
Brandon was also one of the safest places on our list, and along with Pearl, had one of the lowest unemployment rates. No wonder residents love Brandon so much (well, the Heart and Soul Diner might have something to do with it too).
7. City of Clinton 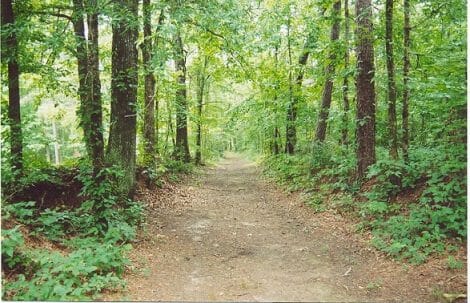 This city of just over 25,700 scored well for an overall good quality of life. What does a good quality of life look like, exactly? Well, in Clinton it looks something like this: a median household income of $56,539, a median home price of $143,200, and a median rent price of $829, some 41 percent higher than the rest of the state.
Plus, Clinton residents can rest easy knowing that their city is one of the 10 safest in the state, with a crime rate of just 2,406 crimes per 100,000 people.
8. City of Biloxi 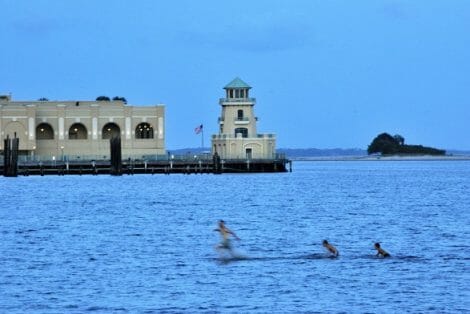 Biloxi may be well known for the “Biloxi Blues”, but after our analysis, it doesn’t look like this city has a whole lot to be blue about. With just over 44,500 residents, Biloxi is one of the larger cities in the state, and certainly the largest in our top 10, and with that comes a whole lot of amenities.
Biloxi also scored well in our list for its higher than average median home and rent prices, $157,300 and $835 respectively, and with an average summer temperature of 82 and a air quality score of 31 (lower is better), this home of the blues (and, fun fact, Jimmy Buffett), was ranked the very best in terms of weather.
9. City of Petal 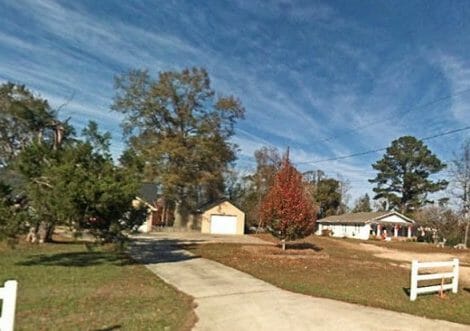 This Mississippi city sounds more like something out of a fairy tale than a Southern state in the U.S. Located in Forrest County, along the lovely Leaf River, Petal ranked well, not for having the absolute most alluring name in the state, but mostly for the lowest crime rate in our analysis, just 67 crimes per 100,000 people, and one of the higher quality of life scores overall.
To break that down for you, this meant that Petal had a low student to teacher ratio of just 15 to 1, a high median household income of over $48,000, and a median rent price of $807. Of course, had we been awarding points for beautiful city names, Petal, you would have been No. 1.
10. City of Byram 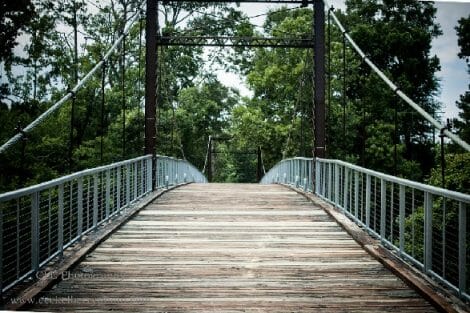 The final place on our list goes to Byram. With a population of just over 11,700, Byram was one of the smallest cities in our study, but as we found out, that in no way meant it was lacking things to do. In fact, there’s plenty to do for the smaller population.
Byram also had one of the lower student to teacher ratios in our analysis, just 15 to 1, one of the highest median household incomes, $55,606, and one of the highest median rent prices, $991. Plus, with a crime rate of just 2,197 per 100,000 people, this Hinds County city was one of the safest in our analysis.
And then there’s the rest: 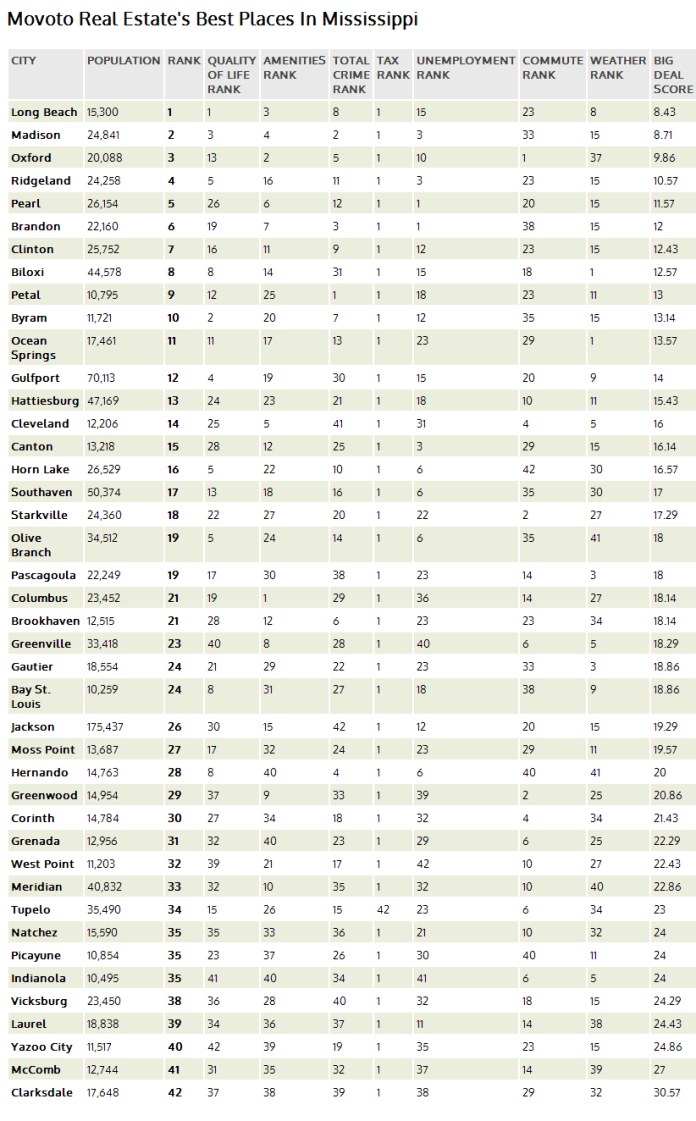