Wine Tip: Gizmos Do All But Drink Your Wine For You

Editor’s Note: This is an exert from author John Hailman’s book The Search for Good Wine. This particular chapter was written on April 29, 1987.
For all sides, we are bombarded with offers of new wine gizmos, without which we as wine-drinkers could hardly survive. Referred to as “accessories for the discriminating,” these items do everything, but drink the wine for you. They can also cost you in the high five-figures, life you like temperature controlled wine vaults. 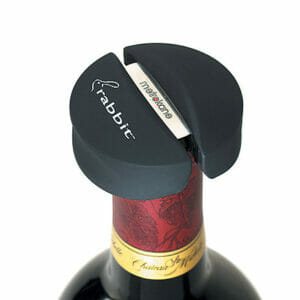 My taste in wine gadgets runs more toward under $10, or at most under $25. The kind of thing I usually look for is something to chill my wine quickly when I get home and want a good white, but  have nothing cold. My last foray into the world of wine gizmos was last week, when I finally bought one of those things that cuts what the French call the “capsule,” and the American often call the wrapper, from the top of the bottom. As you have probably noticed, if you have to much of this wrapper on an old bottle, the moldy stuff under it can seep into the wine when you pour it. Thus, I thought the so-called Screwpull Foil-Cutter might be good. It was.
The foil-cutter looks like a small pair of jaws with a row of teeth around the inside. Sharp little blades cut around the top of the bottle, neatly lifting off the top of the sealing capsule. Then comes the rub: if you use an old waiter’s corkscrew, as I do, it can then tear up the rest of the capsule, leaving it even messier than it would have been if cut completely off with a sharp knife, as I always did before. Turns out, you  have to us a “screwpull”, also known as a “Ah-So” cork-puller, rather than a true corkscrew, or else the foil-cutter is not useful, at least not for me.
My next endeavor, entered with little hope of practical success, actually worked better. Knowing that my wife has a sense of temperature much better developed than mine, and can tell when both white and red wines are not at the right temperature, I bought a wine thermometer. When I got home, it became apparent that you did not stick this one down the wine’s throat, so to speak, but wrapped it around its body. It looked sort of like a wrist radio from “Star Trek”.

The Wine Thermometer, which identifies itself as “liquid crystal”, whatever that is, slipped into my first medium-cold chardonnay like a sleeve. A digital dial immediately began to light up. I had expected to have to read an elusive line of vertical mercury, as if my mother were talking my temperature during an attack of the measles.
Anyway, you don’t anymore. The Wine Thermometer prints it out for you in big numbers, legible to even the most farsighted or astigmatic.
But, unexpected side-benefit of the Wine Thermometer is that my daughters love it. They compete to see who can go check my latest wine in the fridge and rad the numbers, then bring back the news. It has also allowed me to experiment with varying temperatures for wines. I’ve learned that I like my California Chardonnays colder than my white French Burgundies from the same grape.
So far, however, I haven’t felt the need for any $1,000 wine tapestries, nor any $5,000 wine vaults, nor an expensive crystal “wine-duck” decanters trimmed in sterling silver, even though Thomas Jefferson bought several 18th century equivalents.
Jefferson was a great wine connoisseur, but he also died bankrupt. I’m sticking with the simple $20 glass duck, with the little silver-plated trim, in which you can also see the wine. I’ll cut my capsules off by hand, thank you, pull my corks manually, and chill my wines briefly in the freezer. I’m not watching in eager anticipation the digital numbers go down on that good Chardonnay I put to chill just eight minutes ago. Maybe these gizmos can be friends after all. 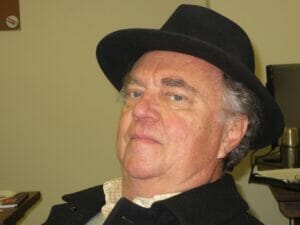