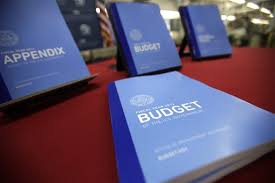 Hopes were quickly dashed that President Obama’s Fiscal Year 2015 budget would offer a responsible blueprint for economic growth and deficit reduction. Instead, the White House’s tax-and-spend plan bows to election-year politics with a wish list of Democratic priorities.
After five years of the Obama Economy, Americans have seen these proposals before – more spending, more government, and more taxes, promoting an ideological agenda without job-creating results. Like budgets in previous years, the President’s latest outline lacks necessary reforms to the biggest drivers of the federal debt. It also asks Americans to send even more money to Washington, increasing taxes by an additional $1.8 trillion.
High Debt Threatens Future Crisis
Economists like Douglas Elmendorf, director of the independent Congressional Budget Office, have warned about the danger of a growing debt. Elmendorf told the Senate Budget Committee last month that an unsustainable financial path could increase “the risk of a fiscal crisis.” Punting on debt reduction now, as President Obama has done, puts a considerable burden on future generations.
Another troubling aspect of the President’s budget is its impact on the future strength and preparedness of America’s military. The White House proposal calls for a significant reduction in force structure, drawing down the number of military personnel to its lowest level since before World War II. It also would adjust service members’ pay and benefits before recommendations are due next February from the Military Compensation and Retirement Modernization Commission, which Congress established to offer guidance on these reforms.
Interest Payments Would Grow to $812 Billion
It is discouraging that the President decided not to build on the progress of the bipartisan budget agreement enacted by Congress. Rather than seizing the opportunity to work toward more bipartisan reforms, his budget exceeds the 2015 spending levels agreed upon in the budget deal. By 2024, his budget would add $8.3 trillion to the federal debt.
A skyrocketing debt – reaching $25 trillion over the next decade – is just one part of the bleak outlook. Under President Obama’s budget plan, interest payments on the federal debt would quadruple to $812 billion in 10 years – nearly the same amount spent on the President’s failed stimulus five years ago.
Senate Democrats Ignore Budget Requirement
Submitting an annual budget to Congress is a fundamental executive responsibility. Due by the first Monday in February, the President’s budget is supposed to begin the process for funding the federal government. For five of the past six years, President Obama has violated the law by missing the budget deadline.
Senate Democrats have acted with similar neglect, passing a budget only once in the past four years. Senate Budget Committee Chairman Patty Murray (D-Wash.) has announced that Senate Democrats will again decline to produce a budget resolution for FY2015.
Individuals, families, and businesses across the country recognize the importance of having a budget. Budgeting is both a means of financial responsibility and a compilation of priorities. President Obama has put politics first with this year’s budget proposal. In doing so, he misses a chance to work with Republicans and Democrats on constructive ways to lower the debt and create new jobs. 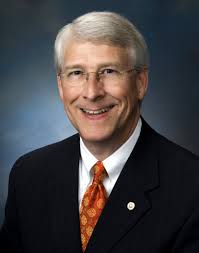