Shiki International Grocery is Oxford Original with Lots of Heart

Shiki International Foods is known to few people in Oxford, or at least not enough to support the business plan of Amin Kaid, who opened the store two years ago.


Kaid’s concept was a store to offer a range of food products from India, the Middle East and Mexico. Thus, the name Shiki International Foods was selected for the new business.
Kaid soon learned, however, there was not a strong enough market for all of the product segments he was offering, so now he concentrates on Mexican foods with plans to open a restaurant this spring offering a variety of international flavors.
When Kaid came to the United States from Yemen in 1982, he spoke no English and had never been to school a day in his life. He had to work to help support his family, including his parents and a number of brothers and sisters in Yemen and had no time for school. As he moved to Oxford and his family grew with six children, Kaid put work before his education. He now speaks English well and has learned the skills of a merchant from working at the Brittney Store on Jackson Ave. for many years.
“I worked for the Brittney Store from 1999 until opening Shiki International two years ago,” he said. “I never have gone to school, but have learned by working.”
His son, Abraham, works with his father at Shiki, which located at the intersection of North Lamar (Old Highway 7) and Highway 30, known as Three Way. Unlike his father, Abraham is getting an education and is an eighth grader at Oxford Middle School.
A visitor to the store might assume the word Shiki is Yemeni word, but that is not the case.
“It’s my nickname, given to me by friend when I came to this country. They would say Shiki, do this or that, and it stuck, “ he added.
The nickname became a unique name for the new enterprise as well.
Shiki International Foods is located at 1438 North Lamar Blvd. and can be reached by phone at 662-234-1000. 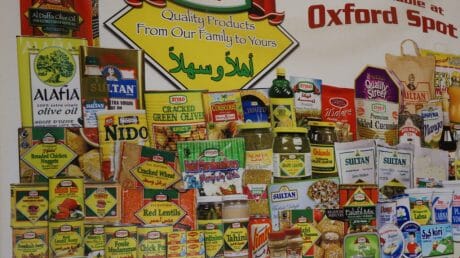 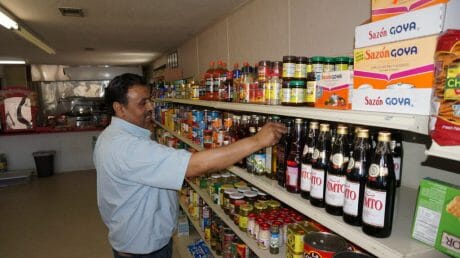 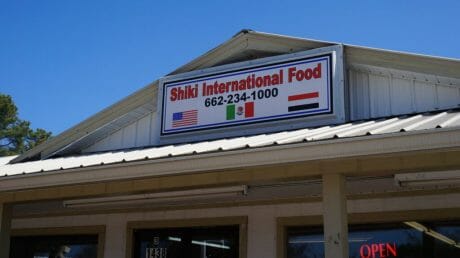