Works by Joe Wrenn, a self-taught African-American primitive artist, will be featured in a exhibition hosted by the Charleston Arts and Revitalization Effort (CARE) March 21-31.
A resident of Charleston, Miss., Wrenn paints warm and wonderful scenes from his past. An opening reception will be held at the Charleston Arts Center, located at 1 North Market Street on the Charleston square, on March 21 from 5-7 p.m. The public is invited to attend this reception and view the exhibit.
The following article and pictures are contributed by Glenna Callender, executive director of CARE.


I have heard about Joe Relius Wrenn for many years, but just recently met, photographed, and interviewed him and his charming wife, Barbara. This is what I know of him.
Joe lives out in the country of Tallahatchie County, about five miles from Charleston, Miss. He is a product of country life, taught and trained by his maternal grandfather and uncles to live off of the land. He is of his environment. He is carved of dark wood, molded from gumbo and clay, and seasoned with the blood of wild animals. He still celebrates “hog killing” days. He builds his own cabins, studios, and barns. He paints from visions and memories. He is a horse whisperer.
He is a romantic, a dancer, a real cowboy, an artist, and a generous soul.
I will begin his story with the adjective “romantic” used above.
Some who know him well may doubt this, but when Barbara told how he proposed to her, I knew there was that tendency. They met at a club in Ruleville, the Black Castle, where Joe was known as the “Dancing Cowboy”. I think it was love at first sight for Joe, maybe because Barbara rebuffed him at first or maybe because of her smile that lights up a room.
After a while, Joe decided she was the one for him and he “studied” on how to propose. This was his plan: Joe had friends put a chair in the middle of the club’s dance floor; he had friends escort her to that chair; he had friends play “their” song; then he danced his way up to her, kneeled on one knee and proposed! She smiled, maybe giggled, and accepted. Now that’s romantic!
Joe Relius is a real “cowboy”. I hear there has never been a horse he couldn’t break. He has taken horses that others have thrown away and nursed them back to health. Joe and his favorite niece saved a mustang’s eyesight one time, by putting the eye back in the socket, and stitching it up, thus saving the horse’s life.
Joe now owns and cares for eight horses: Yoyo, Hurricane, Strawberry, Ricochet, Oreo, Midnight, Little John and Shelly. One of his favorite horses, Sable, whom he taught the “Electric Slide”, was given to Morgan Freeman when he first moved to the area. Joe and Barbara rode to their wedding arbor on their horses, as did their attendants, dressed in the cowboy way: hats, boots, and flowers.
Joe loves raising other farm animals, too. He has chickens, hogs and goats, whom he has named Billie, Pam and Runt. He tells me that his chickens don’t have names…yet!

There are many ways in which Joe Relius is an “artist”.
He paints in a self-taught, primitive style, capturing nature the way he remembers and envisions it. He is Charleston’s “Grampa Moses”! He is also a wood carver, sign-maker, and recycle champion. He sees value in all materials, whether they’re new or previously owned.
I believe that Joe Relius is a “generous soul and a cheerful giver”, giving meat to the less fortunate and helping people in need throughout his community. I know he has donated some of his paintings to help with fund-raising events for people in need. One can spend but a few minutes with Joe Relius to see his joy for life and for helping others.
Joe Relius Wrenn was born on March 4, 1960, to Heaby Jean Wrenn and Monroe Jones. Joe was one of ten children and was mostly raised by his Granddaddy, Joe S. Wrenn, who was a sharecropper, horse trainer, and coon-hunter.
Joe’s formal education stopped after tenth grade and those who were among his favorite teachers were Mrs. Blackmon (job core and reading), Coach Roosevelt Taylor, Mr. Jim Newton, Mrs. Mary Jennings, and Coach W.D. Weeks (building trades).
Joe has worked numerous jobs during his 54 years. To name a few, he worked at Mott’s while in school, and Panola Mills (Fruit of the Loom) in Batesville until it closed, but his best job was working for Rick Byrd (also his favorite boss) on disaster clean-up crews.
Joe’s favorite place to be is outdoors. He paints, carves, or draws when he’s lonely or feeling down. His favorite types of music are “Blues” and “Country” (surprised?) and his favorite musician is Kenny Rogers.
Joe’s favorite foods are pinto beans, fried chicken, sweet potato pie, caramel cake, and peach cobbler. And I think Barbara does a great job of cooking all of his favorites from scratch! I have smelled the aromas coming from her kitchen on my visits out their way.
Joe was baptized at Mt. Olive M. B. Church in 1975 by Rev. Ned McLauren while Mamie Curtis played the piano and ushered at this momentous occasion. Barbara Wrenn was baptized in this same church last year.
Joe Relius Wrenn’s favorite song is “Amazing Grace”…and for those who know him you know why. 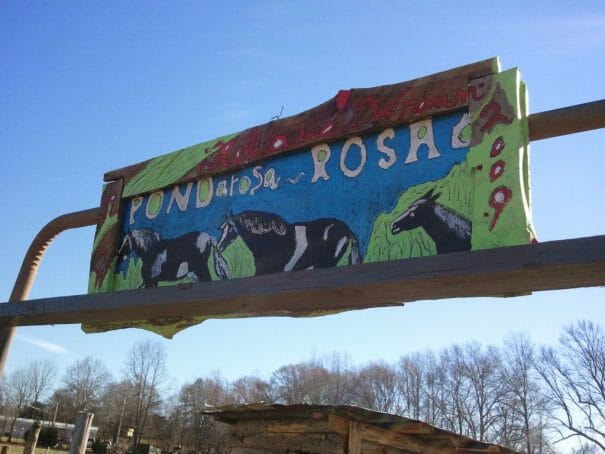 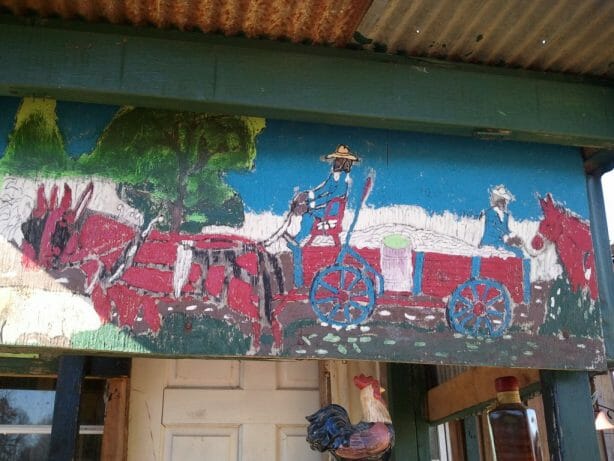 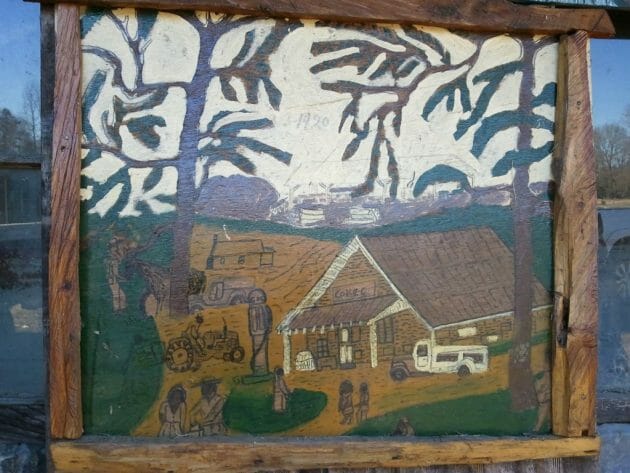