Editor’s Note: This is an exert from author John Hailman’s book The Search for Good Wine which will be available for purchase September 2014 from the University of Mississippi Press. This particular chapter was written on June 21, 1987.
Having too much wine has seldom been my problem, but it can happen.


As one reader recently wrote: “One problem I have in experimenting with wine is that my wife doesn’t drink wine, which frequently leaves me with a good portion of the bottle left after a meal.” Apparently unwilling to find another wife, this gentleman has “frequently rushed the consumption with unfortunate results.” Such can too often be the fate of those who live, or at least dine, alone.
Fortunately, help has arrived. One aid is that great wine institution – the half-bottle, known in the metric world as “the 375,” because the contents are expressed as 375 thousandths of a liter, not a simple three-eighths. Metrics notwithstanding, the major drawback to half-bottles is that there aren’t enough of them. Most wineries only make a few, and most stores don’t carry those. And the ones you find usually are not the ones you want. Otherwise, no problem.
Perhaps it is reflective of a clientele of singles, but the best selection of halves I have seen over the years has been at Watergate Wines & Spirits located in the historic Washington, D.C.
If no half-bottles are available, the second-best expedient is the empty half bottle for reuse. Open the full bottle, then fill a well-washed half (all the way to the cork to exclude air) and drink what you have left in the full. Excluding air is the key to wine preservation, because all good wines are living things.
When combined with oxygen, their volatile components tum to acetic acid, or vinegar. Surprisingly, people drank wine for many centuries without knowing exactly what created it (fermentation), or what spoiled it (acetification). A Frenchman, Louis Pasteur, finally discovered the secret in the last century.
In Pasteur’s honor, sort of, cheap jug wines are now pasteurized, that is parboiled to death so that no living element is left to combine with oxygen and spoil the wine. Fine wines, meant to develop and improve in the bottle, are allowed to live, but they retain the tendency to spoil overnight. Killing wine in order to save it has never seemed like a very good choice, choose quality over quantity.
Another option is a pressured-nitrogen machine. Attached to a partially empty wine bottle, it keeps out oxygen, and thereby spoilage, by filling the space between the cork and the wine with inert nitrogen. However unappetizing that sounds, it works fairly well.
Until recently, the machine, at $2000, was too expensive for anyone but expensive restaurants. Modern science, with help from expiring patents, has made the home nitrogen-filled bottle possible. While still not cheap, if unfinished bottles are a serious problem at your house, the $80 may be a good investment for the Vintage Keeper. Think of it as what you waste by leaving four bottles of good Burgundy unfinished.
One final idea is as old as the Greeks. Keep a set of small marbles in a plastic mesh sack like you buy oranges in. Then, like the smart crow in Aesop’s fable, drop the little marbles into your partially empty wine bottle until its level is up to the cork. The next evening, when you pour wine into your glass, fishing out the occasional marble that always falls with it, your wine is still unspoiled – usually. Marbles can be washed in the sack. 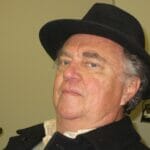