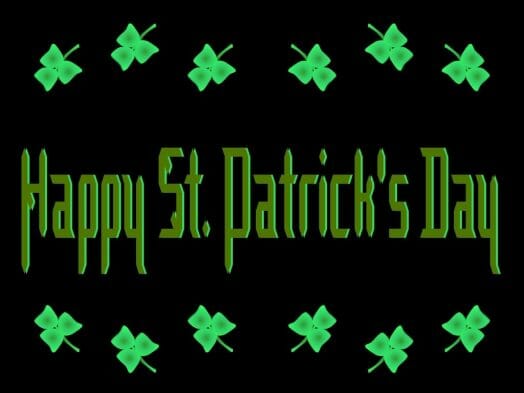 Editor’s note: Rankin Sherling has a PhD. in History from Queens University in Canada, but he is a Mississippi native and University of Mississippi grad. One of his fields of expertise is the Scotch/Irish migration to the South.

But if we’re so Irish, why don’t we throw St. Patrick’s Day bashes like the unquestionably “Irish cities” of America —Chicago, New York, Boston or even Savannah, Ga. Well, let me share a few reasons for that.

First is the fact that St. Patrick’s Day celebrations, at least as we know them, are really American inventions. They became really big in the 19th century, at a time when Irish immigrants tended to go to big cities rather than rural areas. Lonely for their homeland, 19th-century Irish immigrants made St. Patrick’s Day celebrations something to talk about over a wee bit of beer or whiskey.

In an era when it wasn’t cool to be Irish in America, it was a day to be proud of it.

Most Mississippians who are descended from Irish immigrants, however, are descendants of 18th-century immigrants. So, these hard-working, merchants and farmers really preceded the trend of wildly celebrating St. Patrick’s Day in America, although through the years that custom has obviously been picked up by some.

The second reason is that St. Patrick’s Day is really just a saint’s day — one of very many in the Catholic and Anglican ecclesiastical calendars. In Ireland, even today, most of the Irish shake their heads at the excess of American St. Patrick’s Day celebrations (think Cinco De Mayo).

While Dublin has adopted the wild celebrations (largely for tourism purposes), a common routine on St. Patrick’s Day in the rest of Ireland would be to attend a weekday Mass or Anglican service, go to the pub afterwards for a chat and maybe a pint or two, and then home for a nice home-cooked supper. It’s largely a religious holiday, as in the original meaning of the word (holy-day). Not exactly the bead-throwing, Guinness-guzzling, “green Carnival” that we’ve all come to expect, right?

So again, we have to go back to the type of Irish immigrant that so many Mississippians are descended from. Whatever religion or denomination they may be now, most Irish-American Mississippians are descended from Irish Presbyterians. Often called the “Scotch-Irish,” Irish Presbyterians simply did not celebrate saints’ days. Thus, Saint Patrick’s Day really wasn’t that big of a deal, or even a “deal” at all to many of the early Irish settlers of Mississippi.

But Mississippi is Irish nonetheless. The first great waves of Irish immigration to America began in about 1718, and it was overwhelmingly Presbyterian in character. By 1760, there were Irish Presbyterians settled in and around Natchez. By 1800, Irish Presbyterians and their descendants were entering Mississippi in large droves, coming from the Carolinas and Georgia by way of the old “Three Chop Trail,” an old Choctaw trail marked by three tomahawk chops in trees all along the way.

In 1832, the Choctaws agreed to cede most of their Mississippi lands to the U.S., and the Irish dominated that momentous event in our state’s history. Tennessee’s Andrew Jackson — himself the son and brother of Irish Presbyterian immigrants — assigned John R. Coffee, John Rhea and John McKee to negotiate with the Choctaw. It was they who worked out the details of the 1832 Treaty of Dancing Rabbit Creek and who signed the treaty on behalf of the United States. All three were of Irish descent. Rhea and McKee were the sons of Irish Presbyterian immigrants, and Coffee’s Irish Gaelic last name and Scotch-Irish connections give his Irish roots away. 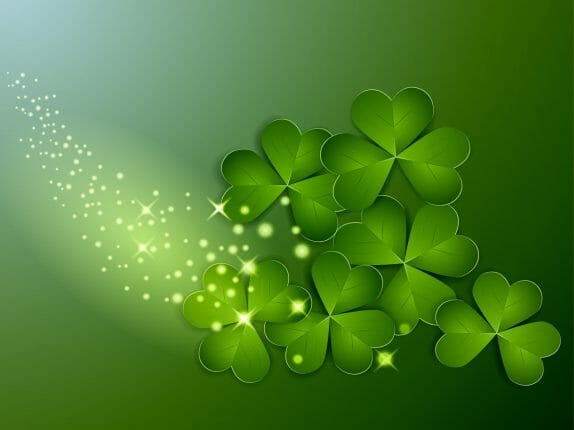 So much of Mississippi is Irish, if you just know what to look for. Irish Gaelic names are all around us. The Ford Center, for instance, has an Irish name stamped right on the front of it. “Castellow,” as in The Gertrude Castellow Ford Center, is an Irish Gaelic name. And there are so many more: “Farley,” as in Farley Hall; “Conner,” as in Conner Hall; “Coffee,” as in Coffeeville, Miss.; “Sullivan,” as in Sullivan’s Hollow, Miss; “McCain,” as in Camp McCain, Miss. and McCain Hall (which is now called Barnard Observatory); “Callahan,” as in Callahan’s Quick Print on University Avenue. The list could go on and on.

Although our Irish heritage is more subtle than that of the Boston or New York Irish, it’s there, just under the surface. That shouldn’t stop us from celebrating our Irish history and heritage. It encourages us to do so.

Rankin Sherling is a HottyToddy.com contributor. Of Irish Gaelic decent, Rankin will be enjoying a wee bit of brew on St. Patrick’s Day.