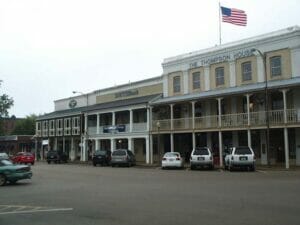 The Board of Aldermen will wait until its next meeting to choose a bid for single space parking and enforcement downtown.
The city received three bids for parking meter purchase and installation. They will consider cost and, usability and appearance when making a decision in two weeks.
Mayor Pat Patterson and Matt Davis, city parking director, said they are impressed with the Chicago-based company United Public Safety, which provides cloud-based parking enforcement.
Unlike the other enforcement companies that submitted bids, the city wouldn’t have to buy any physical hardware with the UPS system.
Davis said the city requested two parking meter bids from each company: an alternative bid that includes sensors that reset when a car pulls out of the space.
“The goal is to keep it simple,” Patterson said, indicating that the city would rather start with the basic meters and think about add-ons in the future.
Building Height Increases to 38 Feet Downtown Also on Tuesday night, the Board of Aldermen changed the maximum building height in the Downtown Business District from 35 feet to 38 feet.
On average, the city has approved one height variance request per year, for the past 15 years, according to Tim Akers, the city planner. That’s a large number of requests, Akers said. Several of those requests have been for 10 feet above the previous limit of 35 feet, according to the ordinance.
The increase in height will make the limits uniform with the streets surrounding the square, and helps the city find a middle ground that would allow officials to stand firm and insist on fewer variances. The dates and addresses for past variances are available online.
“Maybe we can hold their feet to the fire … and they’ll stick to it,” Akers previously said. Other height overlay districts have much higher limits, such as Jackson Avenue, where a number of taller hotels are located. 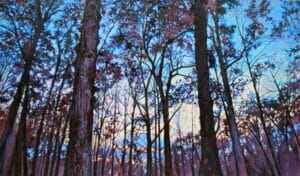 Tree Ordinance Passes, Will Protect Heritage Trees The Board of Aldermen passed the heritage tree ordinance Tuesday night with little discussion.
This measure will encourage developers to protect a set of heritage trees, by either designing development around them or planting more trees to mitigate any destroyed heritage trees. The changes would require that property owners count heritage trees on properties in the designated downtown area. The list of trees can be found online.
The tree list includes some obvious choices, such as Southern Magnolias and Oaks that are 20 inches or larger, and other choices that may be less cherished by developers, including 12 inch American Holly and Sweet Gum trees that are 18 inches or larger. In total, 25 trees made the list, along with any hardwood or evergreen that’s 36 inches or larger.
The drive to protect the city’s native, mature trees comes amidst rapid development of large student housing complexes in the city.
Hume Bryant, co-chairman of the Tree Board, said recently that the listed tree sizes are half the size of each tree at maturity, in diameter.
Boom! Boom!
For five minutes on some spring baseball nights in Oxford, the skies will light up in a display of fireworks. The Board of Aldermen approved the university’s request for a short fireworks show at the end of every SEC home baseball game played by the University of Mississippi.
Jason List, the university’s assistant athletic director for marketing, said the request is to better promote the family friendly atmosphere at Friday night games. The mayor was concerned about games that run over into extra innings, but other board members opined that the shows short time period should alleviate most complaints.
List said the university decided to go with 3-inch fireworks instead of 4-inch fireworks, to decrease the noise level and height of the display.
– Gretchen Stone, associate editor, HottyToddy.com, gretchen.stone@hottytoddy.com