Hundreds Expected for the Conference for the Book 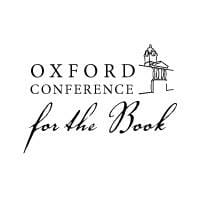 Writers and readers alike love Oxford for its culture of literature, whether for its guided tours of Rowan Oak or a chance reading of William Faulkner’s scathing letter on the back wall at Neilson’s about why he wouldn’t pay his store bill.
But this week, Oxford is home to something more than a piece of literary history. This small town of Southern culture, not just a once-great literary town, is the town of the Conference for the Book.
For three days, starting Wednesday, hundreds of book lovers and writers will converge on the university for the conference and tie up parking for locals.
Undergraduate writers from across the South will join these visitors, as the Southern Literary Festival is being held in conjunction with the conference.
The opening day starts with an 11:30 a.m. welcome lunch and a lecture, Talking and Reading the Blues, by Greg Johnson and Derrick Harriell. Both will be held in the university’s J.D. Williams Library. A full schedule of events can be found here.
Oxford has known such writers as Larry Brown and John Grisham, and Barry Hannah and Willie Morris.


And in the present you’ll find published writer-professors at the university who include this year’s keynote speaker Megan Abbott, Beth Ann Fennelly, and other well-known household names such as Jack Pendarvis, Chris Offutt and Tom Franklin.
For three full days, it will be home to somewhere around 46 real, live authors. There are few places in America with so many people Writing the Southern Landscape, all sharing their trade secrets and plying their craft.
The conference, as previously stated, is held in conjunction with the Southern Literary Festival this year, founded in 1937 by Robert Penn Warren. That festival travels to a different southern college or university each year, and in years past many great writers have spoken at the conference, among them the legends Eudora Welty, Katherine Anne Porter and Flannery O’Connor.
Best of all for library-card carriers, you who brew coffee at home in a French press for the economy of it all, the conference is free and open to the public.
Standing in line for a brief sighting of one author at a book signing isn’t required, but there will be plenty of that too. The public will have full access to discussions, panels and readings, along with lunches and entertainment, Wednesday through Friday. And there will be jazz and blues too.
The list of presenting authors is here. You can also find the Oxford Conference of the Book on Facebook here. The conference is a presentation of the Center for the Study of Southern Culture and Square Books.
– Gretchen Stone, associate editor, HottyToddy.com, gretchen.stone@hottytoddy.com
Facebook
Twitter
Pinterest
Previous articleIn the News — Huffington Post Rates Oxford "Charming"
Next articleVIDEO>>Sam Kendricks Discusses Olympic Hopes