It was perfect until… A Family Egg Bowl Lesson

November 23, 2000, twelve o’clock. Let’s set the scene, Thanksgiving lunch with the family; turkey, dressing and all the fixings to go along with it. It was perfect until the moment when my brother casually looked at my husband and said “Hey, what’s wrong, your wife wouldn’t let you go to the Egg Bowl?” My husband was quick to respond back to him defending his manhood with “What do you mean LET me go to the Egg Bowl.”
And so it began…
The puffing up of the chests, the fluffing of man-feathers, you know that kind of stuff.
The dialog went a little like this.
I don’t need my wife’s permission to go.
Yeah, neither do I.
Really? I think you do.
No, no I don’t. But you would.
Me, no way. I can go if I want to.
Prove it.
Fine I will.
Let’s go.


Visual side note here, with every statement that was made a bite of their dinner was taken after, almost caveman-like. Their feathers were fluffing up and the show continued.
I sat there watching and smiling. I really knew what was coming.
Chairs were pushed away from the table and the rest is Egg Bowl family history.
It took only minutes after the beginning of this conversation for the two of them to be out the door headed to the Egg Bowl. Their dinner plates left on the table with food still in them. Talk about testosterone!
Ronnie’s dad was in Gulfport at a family reunion. He called him and simply said “ARE YOU READY?” Can you guess his response? With a quick stop to pick up Ronnie’s dad, the threesome headed to Oxford defying any claims that their wives wouldn’t let them go to the Egg Bowl!
I will never forget Ronnie calling me to tell me they picked up his dad!
I laughed all the while…
Still do!
They arrived in Oxford shortly after 6 p.m. (following a five and a half hour drive) to see Ole Miss beat State 45-30 with Deuce on the loose!
Happy day for all!
I have to close with this; if a conversation was ever started at the dinner table with me and another woman that went like this “Hey what’s wrong, your husband wouldn’t let you buy those Christian Louboutin shoes?” Ronnie would just hand me the credit card.
Point made. End of story. That is all!
Women, take notes…sometimes let them be! Let them act like cavemen! Let their testosterone fly. It works out for us in the long run, not to mention provides a heck of a show!
Big smiles and Hotty Toddy, y’all! 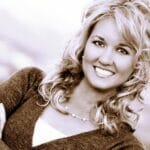 Lori Weatherly is the proud wife of a Rebel and proud mother to three little Rebels, two that she gets to take to Ole Miss ball games and one that has a special “Hotty Toddy” room in heaven. She is the author of “Facets of Life; What I Didn’t Expect When I was Expecting.” Her work includes sharing her personal journey of child loss through writing and speaking as well as her hand painted, inspirational card line. She has a passion to help others and a most special place in her heart for adoption. Her website is LoriCWeatherly.com.
Facebook
Twitter
Pinterest
Previous article
Nine Lives Cat Rescue: Cat Lovers Making a Difference
Next article
In the News — Huffington Post Rates Oxford "Charming"