Oxford Singer-Songwriter RK Patterson Does it One More Time

April 2, 2014
0
575
From making records in Michigan to designing sets for the TV series “B. J. and the Bear” to crafting a set of 10 songs for his new CD, singer-songwriter and Oxford resident RK (Kim) Patterson knows how to put things together in just the right way.
Michigan-bred Patterson first released 45 RPM records in the mid-1960s and went on to front the Michigan-based group The Case in the late ’60s and early ’70s—he reunited with the group recently for three years for reunion shows.
In the early ’80s, Patterson put live performing aside to help raise sons Chase and Lee—and worked in show business doing cool stuff such as designing sets for “B. J. and the Bear”—but continued to write songs and record with other musicians. In 2003, Patterson and wife Gail decided to move to Oxford, after falling in love with the town when son Lee attended Ole Miss in the late ’90s.

A decade later, Patterson came full circle, entering Tweed Studio to cut a new album, One More Time, now available. The record leads off with a track titled “Round Up the Usual Suspects,” and that’s exactly what Patterson did, assembling a murderer’s row of local talent to form backing band the Mississippi Fireflys: guitarist Bob Turan, keyboardist Eric Carlton, Justin Showah, and drummer Ryan Rogers. Also dropping by on the album are fiddle player Lyon Chadwick, David Gilmore on pedal steel, and Kudzu King emeritus Max Williams.
The sentiment of “Mississippi Home Sweet Home” perhaps owes to Patterson’s immersion into this pool of talent and good times. The album’s songs are predominantly pure honky tonk along with some folk and rock tones mixed in, but all peppered with lyrics sung with doses of humor (including “Makes You Wonder” and “Hand Towels at the White House”) and wisdom. One can almost imagine B. J. McCay and his chimp Bear enjoying a frosty mug of brew in a honky tonk while these songs play on the jukebox.
One More Time is available on iTunes, CD Baby, and other sites. For more information, visit RKPatterson.com.
— Tad Wilkes, tad.wilkes@hottytoddy.com 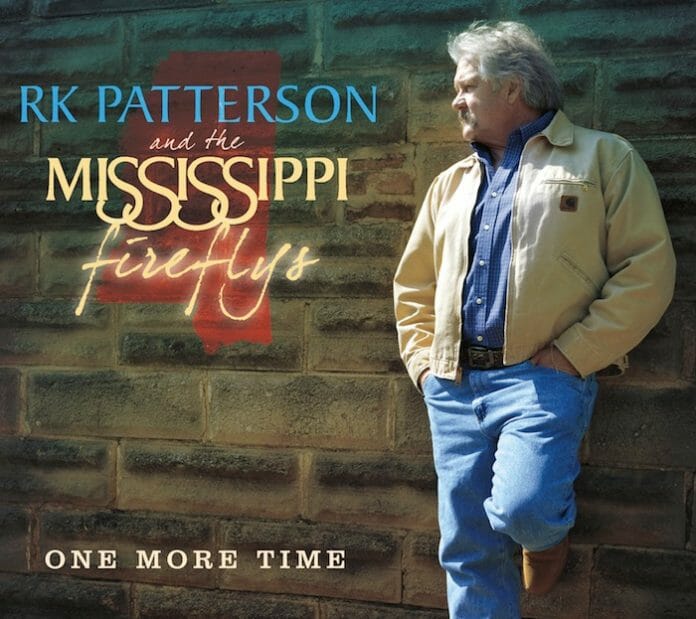