My wild night at Walmart: A young woman, a puppy, and the tale of the lost keys

I turned my shopping cart into the dog treats aisle and my adventure began. 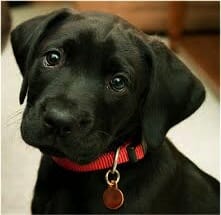 Friday night, I stopped at Walmart on my way home from work expecting a quick trip. Instead, it was an hour and a half later before I finally got home.
As I turned into the aisle, I saw a young woman with a Labrador Retriever puppy on a leash. My dog is a Lab, so I was immediately drawn to the black puppy that was similar to this photo I found on online.
The puppy was friendly and loving and full of energy. The young woman, however, was full of anxiety. She and the dog were stranded in the store.
She was an Ole Miss student whose name, I think, was Courtney. We’ll call her Courtney anyway. I told her I taught at Ole Miss and would try to help her.
Courtney had found the puppy in the parking lot at an apartment complex called The Retreat where she and her roommate had gone to visit. The puppy had no collar on. Because she had a Lab of her own at her parents’ home, she wanted to help the puppy.
Courtney drove her roommate’s car to Walmart after getting permission over the phone to bring the dog in to buy a collar and leash.

But when she got back to the car after checking out, the roommate’s car keys had vanished. I offered to call her roommate for her, but she did not know the phone number because it was stored in her cell phone, which she left behind.
She checked at the customer service desk and was frantically retracing her steps when I encountered her. A Walmart employee came up to say he had searched for her keys in the aisles and parking lot to no avail.
So, I offered to drive Courtney and the puppy home.
Next? The puppy pooped. Courtney rushed to clean it up with while I finished shopping.
After checking out, I loaded Courtney, the puppy and my groceries into my car and drove to her car, which was parked at her dorm. I told her that I did not think she could take the dog into the dorm, but she assured me she would find somewhere for it. I suggested the Oxford Lafayette Humane Society shelter, but it was closed till Monday. I patted the puppy goodbye. 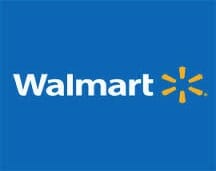 I then realized that in my rush, I had forgotten to get my receipt, so I had to return to Walmart. When I explained why I needed a duplicate to the employee at the service desk, she already knew all about the puppy and the lost keys and had alerted every department head in the store to be on the lookout for the keys.
As side note to this adventure, I was very impressed with the staff at Walmart. They tried to help Courtney and spent 15 minutes helping me get a duplicate receipt. So often we only hear complaints about Walmart, but that night, I had nothing but praise.
Good thing I’m happy with Walmart because now I have to go back there. I forgot to get the dog treats!
Meanwhile, I am left wondering:

If you know anyone who can answer these questions, let me know. 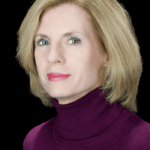 Robin Street teaches journalism and public relations at the University of Mississippi. She is also a freelance journalist specializing in preventive health, fitness, nutrition and mental health. She has masters degrees in both journalism and wellness from Ole Miss. She can be reached by emailing rbstreet@olemiss.edu