It’s back! The 10s of Oxford series is officially back and we’ve got a great group of Oxonions to showcase this Good Friday!
Those who marry entrepreneurship, service, talent, and a love for the community are who we’ve chosen to spotlight this week. Congratulations to the five 10’s of Oxford for this Easter weekend!
[dhr]
Rebecca Kelly is the owner and senior therapist of Healing Hands on Jackson Ave. in Oxford, Miss.
She and her staff offer massage therapy for neck, shoulder pain, low-back pain, sciatica, pinched nerves, whiplash, sinus pressure, migraines, carpel tunnel, TMJ, tendinitis and more.
In this video Kelly, describes what Healing Hands brings to the Oxford community:

[dhr]
Kyle Campbell is the Assistant A.D. for Media and Public Relations for Ole Miss Athletics. 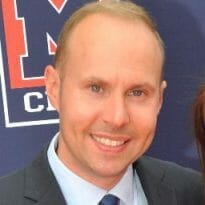 He is in his third year managing the Ole Miss Athletics Media Relations Department. In 2012, Campbell helped create and execute the inaugural Rebel Road Trip, which introduced coach Hugh Freeze and Athletic Director Ross Bjork to fans on the six-day, 16-stop tour. The 2014 Rebel Road Trip wrapped up today, with a stop in Hattiesburg and Biloxi, and saw bigger crowds than ever.
Including his duties with the football team, he supervises the entire media relations staff for Ole Miss Athletics.
Campbell is from Fayette, Ala. and graduated from the University of Alabama in 1997. Follow Campbell on Twitter: @CampbellKyle.
[dhr]
Oxford School District Superintendent Brian Harvey began teaching social studies in 1995 at Oxford Middle School before moving to the high school in 1998. During his time at OHS, Harvey mentored many young adults in the classroom and on the baseball field. 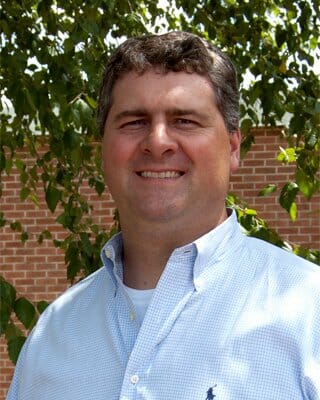 In 2005, Harvey led the Oxford Chargers to their first baseball state championship ever.
He then moved to the administrative side of the district and took on the role of principal at Central Elementary. One year later, he was named principal at Oxford Middle School.
Harvey has moved up steadily in his professional career from being a teacher and coach to principal and now superintendent of the Oxford School District.
According to Harvey, it “was with the help of good people around (him) and their constant support” that allowed the educator to reach the top of his profession.
Harvey said he sees only growth in the district’s future.
“With this great community school district and the talented people who work here we’re always moving forward,” said Harvey. “People want their kids to go to school here and grow up here.”
[dhr]
Mary Katherine Perry sees opportunity, service, and style in everything she does.


Perry is a 24-year-old Ole Miss graduate, originally from North Carolina. She opened Katherine Beck in 2013 with her mother, Becky Jaskey and has watched her store evolve from a mere idea scribbled on a napkin into a flourishing business on the bustling Oxford Square.
In addition to entrepreneurship, Perry, along with her Kappa Kappa Gamma sorority sister, started the first- ever University Pack-a-thon for the non-profit organization, Feed the Hunger. FTH takes prepackaged meals to the less fortunate in parts of Africa. Perry has participated in three separate trips with FTH to deliver the food she and friends packed here in Oxford.
[dhr]
Chef Vishwesh Bhatt of Snackbar might be the most unique individual in Oxford (barring Ronzo, of course). 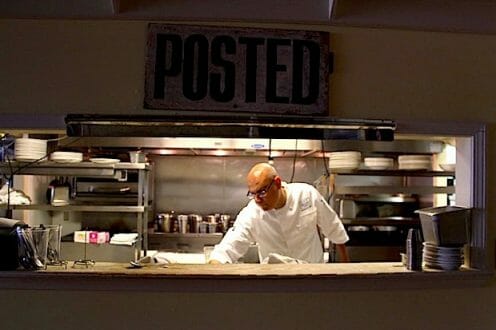 Originally from Gujarat, India, Bhatt attended the University of Kentucky, where he discovered his love for food while cooking private dinners for extra cash. His first restaurant job was at the Harvest Cafe in Oxford in 1992.

After traveling the South and moving as far away as Colorado, Bhatt landed back in Oxford with mentor and City Grocery Restaurant Group owner, Chef John Currence.
“I came back to Oxford because I have friends here,” Bhatt said. “The support system here is good. My favorite thing about this town was how well the people here have taken in me — the hospitality.”
Bhatt said the inspiration for his most popular dish, okra chaat, stems from his love of the American South and his Indian roots. The dish is made of crispy fried okra with a bit of shallot, some lime juice and a little cilantro, peanuts and spiced tomato.
Recently, Bhatt was nominated for a James Beard Foundation Award as the Best Chef South.
[dhr]
Want to nominate someone as a 10 of Oxford? Recommend them by emailing hottytoddynews@gmail.com with your view of how they excel as a 10!
Adam Brown is Hottytoddy.com sports editor and a long-time Oxford resident.