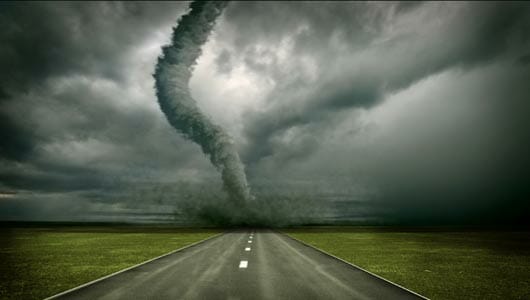 As we in Cleveland and the Delta crossed our fingers and prayed that the bad weather would quickly pass through without producing any tornadoes, it reminded me of my childhood nights in Shelby when my mother would dash into my room and announce, “Hurry, we have to run downstairs and take cover, a tornado is on the way.”
Horrified and scared to death, I would quickly follow her. Our safety spot was the gun closet located under the stairs that led to the second floor.
One night, the weather folks were adamant a tornado would hit Shelby within the hour. My family and several others jumped into our cars and sped to Cleveland to be removed from harms way. For hours, we sat in our cars outside of the Cleveland Police Department waiting for updated weather reports, waiting for the storms to pass through before we could return home.  As we waited, I can remember some of Shelby’s most noted women walking around the parking lot in their nightgowns and robs smoking cigarettes.  On another night in Shelby when it was announced a tornado was on the way, many residents drove to the small community of Hushpuckena north of town and hid under the Hushpuckena bridge. Several cars got stuck in the mud and a week later those cars were still there.  That tough Hushpuckena Creek mud, I suppose.
A tornado did not hit Shelby when I was a child. However, one did plow through the old Hollingsworth Flying Service north of town. That particular morning, my mother again ran upstairs and told me to “run”. She and I did and for the first time in my life, I heard what a tornado sounds like as it passed over town landing south of the flying service. It traveled for two miles on the ground before it returned to the sky.  Before that, I had always heard tornados sounded like a train. It did and even more and our old two story home shook as though an earthquake had hit.
So, this past Thursday night as my wife and daughter were out of town leaving middle son, Jordan and me at home, my cell phone made an alarming sound at 2:00 a.m. with a text message that the weather service had issued a tornado warning for Bolivar County. I didn’t wake Jordan, but I got up, turned on my scanner and also watched the news doing my best to wait until the very last second to run upstairs and say to Jordan as my mother had said to me many times, “run”!  Luckily, things didn’t come to that.
Most of the Delta is unfortunately located in what the weather people call the “tornado alley” path in the South.  As this year’s tornado season approaches, we in our region of Mississippi need to keep this in mind.
– Scott Coopwood is the owner and publisher of Delta Business Journal, Delta Magazine and The Cleveland Current. He can be reached at scott@coopwood.net