Cliff Finch, 57th governor of Mississippi, and my father, will be remembered as one of the most colorful and populist governors in the state’s history.


Riding into the governor’s mansion on a bulldozer, Gov. Finch developed a coalition of blue-collar white and African-American Democrats. His slogan was, “The working man’s friend,” and he ran a campaign while carrying a lunchbox and spending one day each week laboring alongside blue-collar workers, operating a bulldozer, digging ditches and pumping gas.
In order to relate with the former governor, it’s important to know his background.
Charles Clifton “Cliff” Finch came from humble beginnings, working on the family farm, going to school, then selling produce off the back of his father’s truck. He was born on April 4, 1927, in the tiny country community of Lovejoy, Miss., nestled between Pope and Water Valley, Miss. Lovejoy is a close-knit farming community, where everyone knows everyone, and most of the people are related.
Born in the Great Depression, he grew up a hard-working boy but, as any boy does, he took time to get into mischief.
Ely Corruthers, farmer and childhood friend of Finch, said, “We would get finished with all our chores and slip off to the lake and go swimming. Most of the time we would get a whipping because when we came back home, we were covered head to toe in mud. All of us were dirt poor, so we had to rely on our wits, hard work, and the kindness of others to get by.” Corruthers said he and the future governor lived on neighboring farms. Since they were the same age, they became best friends.
Corruthers, now a graying black gentleman and losing some of his teeth, had to quit school, as a boy, to work and help his family survive. “We were up at four in the morning, milking cows, drawing water from the well, building fires for cooking, and all of this for the break of dawn. We both came from big families and had to pull our weight.”
Corruthers said that most families in the country didn’t have running water back then, so feeding and watering the livestock was the first chore of the day. And when Cliff got out of school, he would come home and go to work in the fields. He said that most of the time, they wouldn’t get back for supper till after dark.
Corruthers said he feels that’s where Cliff got his hard working nature. “Carl, Cliff’s father, was a strict man and made Cliff ‘toe-the-line.’ He (Carl) made sure that Cliff was in church every Sunday,” he added. The church Cliff’s family attended was Lovejoy Methodist Church, a quaint rural church, not far from the Finch Farm.
He said that as Cliff got older, he took up an interest in sports. “Cliff loved to play basketball,” he said. “If Cliff wasn’t doing his chores or playing basketball, his head was always in a book. He just loved to read. He was always learning something.”
Corruthers felt that when Cliff got old enough, he enlisted in the army. After boot camp, Cliff was shipped off to Europe to fight in World War II. He served in the Italian campaign of the 88th Infantry; and after the war, he worked in construction and heavy machinery (drag lines and bulldozers) on the island of Guam.

Dennis McMinn, Cliff’s second cousin, said that when Cliff got back from Guam, he started driving gravel trucks and hauling pulpwood. “He worked all the time, and before long, Cliff bought himself a beautiful blue convertible. It was the only one around. And believe you me, the girls took notice. Whenever Cliff was off, he would come and pick me up and we would go ‘catting around’ to meet the girls.”
After a few years, McMinn said that he started seeing less and less of Cliff. “After a while, we figured that Cliff had met someone.” McMinn was right. Cliff had met his future wife, Zelma Lois Smith.
The daughter of John and Jessie Mae Smith, Zelma was originally from Forest, Miss., and moved to Pope, Miss. because her father worked for the Corps of Engineers and they were relocated to help build Sardis Dam. Zelma soon graduated from Mississippi State with a education degree and had returned home to teach in the Batesville School District.
Pat Logue, Zelma’s sister, said that Cliff and Zelma’s chemistry was obvious from the beginning. “Zelma was very ambitious, so when they started talking about marriage, Zelma told Cliff that she wasn’t going to marry a poor man, so Cliff needed to get his degree.” Logue said that Cliff left for school at Ole Miss, and they were soon married. “I don’t think Cliff would’ve ever gone to college if he hadn’t met Zelma. She pushed him. Cliff was the smartest man I’ve ever met. Whenever we would get together, I would get nervous. I just didn’t want to say anything wrong. And I think that’s one of the great points Zelma fell in love with.” Logue said.
Finch worked three jobs and served on the campus Senate. With the support of his wife, he received his undergraduate degree in public administration. When he and Zelma discussed their next move, Cliff decided that he had a keen interest in law. In 1958, Finch graduated with a juris doctorate (in law) from Ole Miss. He was a family man, with two small daughters, Janet and Anne.
The new attorney entered legal practice, working for Ross Barnett, who would soon be governor in 1960. Their first son, Charles, was on the way, and Finch was elected to the House of Representatives. I was born in 1963. Cliff and Zelma had four young children. Midway through 1964, Zelma was involved in a tragic horse accident. Zelma suffered severe head trauma, so Cliff decided to be closer to home,” Logue said. 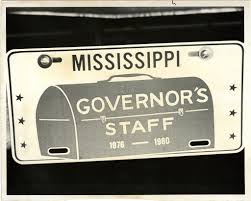 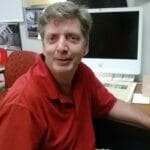