The City of Louisville and Winston County were devastated by a massive tornado on April 28, 2014 that destroyed hundreds of homes and businesses and took 10 lives. Click Here to contribute to the #WinstonStrong relief effort.

History of Louisville and Winston County, Mississippi, courtesy of cityoflousivillems.com
In 1817 Mississippi was admitted to the Union as a sovereign state. The territory was settled by the Choctaw Indians, and historians claim this region to be the birthplace of the Choctaw Indians. Following the Treaty of Dancing Rabbit in 1830, the land known today as Winston County was surveyed and established in 1834. The county was named for a prominent and distinguished lawyer of the State of Mississippi, Louis Winston.
Two years later a plot of ground was given for the county seat, so surveyors came in and surveyed streets and blocks for the town. The first court house was built from logs. Having been the county was named for Louis Winston, officials decided to take his name and attach “ville” to “Louis”, hence honoring him doubly.
Louisville was established in 1836 and settlers began to populate the area from the East. Hard work, determination, and the American dream are the foundation by which Louisville was built. Some 175 years later, present day Louisville builds its future on these same principles.
The City of Louisville is nestled in the rolling “Red Hills” of East Central Mississippi. Geographically considered the doorsteps to North Mississippi due in part to the boundary lines of Winston County on the map. In addition, Highways 15 and 25 merge and intersect Highway 14 (Main Street) in Louisville, Mississippi, creating a critical point in our state for north/south travel.
The economic diversity of Louisville includes but not limited to forestry and a variety of wood related industries, agriculture, railroad, logistics, steel, manufacturing, and tourism. Today, Louisville proudly boasts a vibrant and thriving historic downtown and embraces newly developed business districts.

Letter from Louisville mayor Will Hill
[quote]It is indeed a privilege and honor to serve my hometown in the capacity of Mayor.  Approximate population of 7,000, Louisville is “home” to many more than are counted.  Whether you are a resident of the past, present, or future, 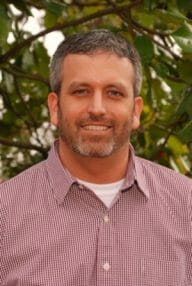 we trust you feel most at home when in Louisville. We, the City of Louisville, strive to provide the best possible services in the most efficient and effective manner.
Louisville is abundantly blessed with southern charm and steeped in history.  History we can learn from, history we can celebrate, and history in the making as we strive to make Louisville a better place for our children and future generations.
Again, welcome and I encourage you to enjoy all the best Louisville has to offer.  Whether it be worship, dine, shop, bank, or visit with friends and family, know that Louisville is the place “where the people make the difference”.
Respectfully Yours,
Will Hill
Mayor, City of Louisville[/quote]
Click Here to stay up-to-date on everything happening in Louisville, including news about tornado relief.

Click Here to read previous coverage by HottyToddy.com of the tornado in Louisville last week.