May 10, 2014
0
422
Sometimes you just have to hand it to the other guy.
That’s exactly what Ole Miss Coach Mike Bianco did in describing the Rebels 2-0 shutout loss to the Georgia Bulldogs Saturday afternoon.
“Their pitcher (Right-hander Robert) Tyler was terrific,” Bianco said. “He had a bigtime fastball and mixed in an outstanding curveball and changeup. With that fastball, and the way he mixes in offspeed pitches, it makes it very difficult to score runs. We produced very few baserunners. You have to tip your hat to Georgia because they got clutch base hits.”
Tyler and Ole miss starter Christian Trent matched each other pitch for pitch for the first 7 scoreless innings. In the top of the 8th, Bulldog first baseman Daniel Nichols drove in the first Georgia run with a sharp single to right.

Rebel reliever Aaron Greenwood came in to get Trent out of a bases-loaded jam with 2 out in the top of the 7th, retiring the one batter he faced in that inning.
Wyatt Short came in for Greenwood in the 9th after the Bulldogs scored their second run.
Tyler, who came into the game 4-4 with a stingy 2.57 ERA, gave up only three hits in the game and never seemed to be in serious trouble against the usually potent Rebel bats. He went all the way for his fifth victory.
The game, in front of 8,158 sun-drenched fans on a beautiful late Saturday afternoon, featured outstanding outfield play, including some diving catches. Rebel centerfielder Auston Bousfield got the crowd out of their seats early when he went back into deepest center field to make an over-the-shoulder running catch. He spun around and doubled the helpless Bulldog runner off second base.
Before the game, Rebel seniors were honored with their families.
The Georgia win sets up a crucial game three tomorrow afternoon at Swayze. The Rebels, now 36-15, 16-10 in the SEC, need a win Sunday to take the series and maintain their course toward hosting a regional and perhaps a super regional if they get that far.
Sam Smith takes the mound for the Rebels tomorrow. Gametime is 1:30 p.m.
Here are more images of today’s game and the moving pre-game activities.. All photos are by HottyToddy.com editor Andy Knef. 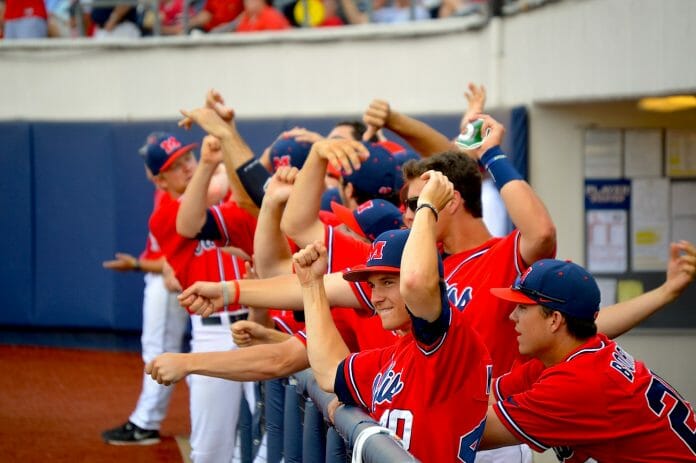 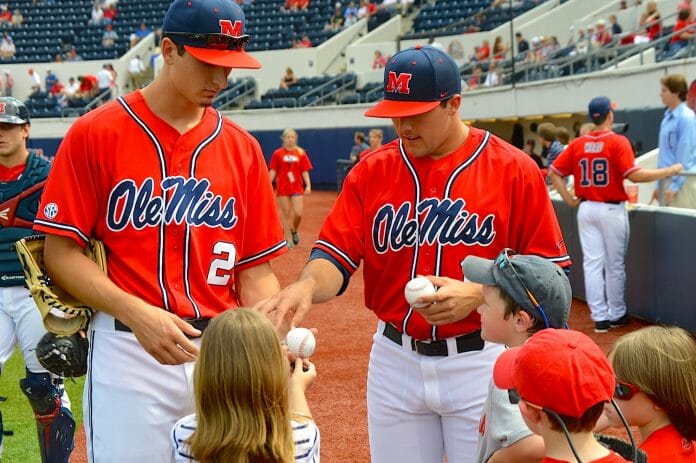 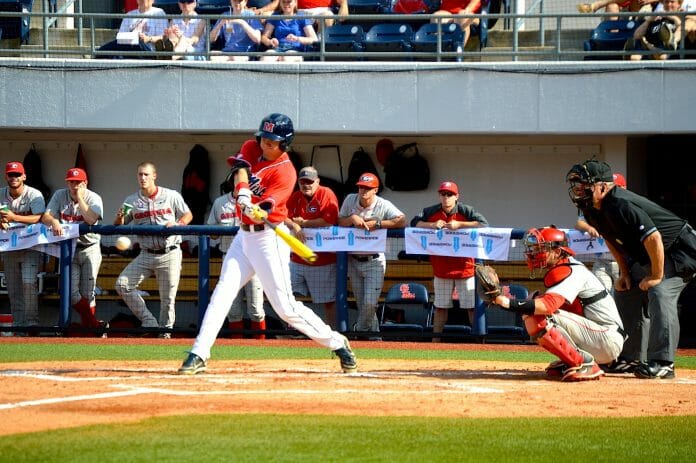 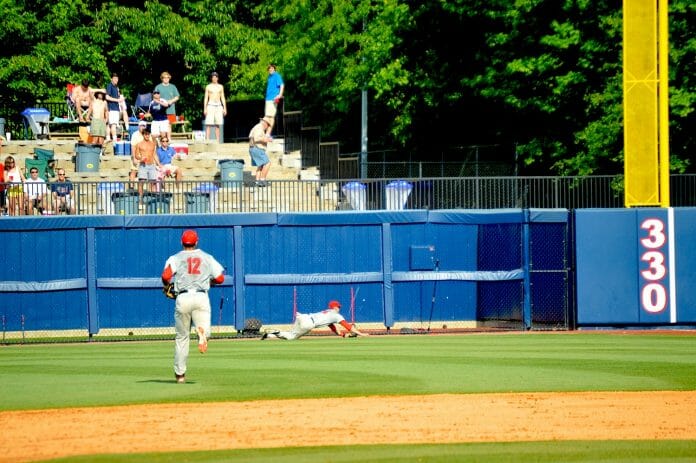 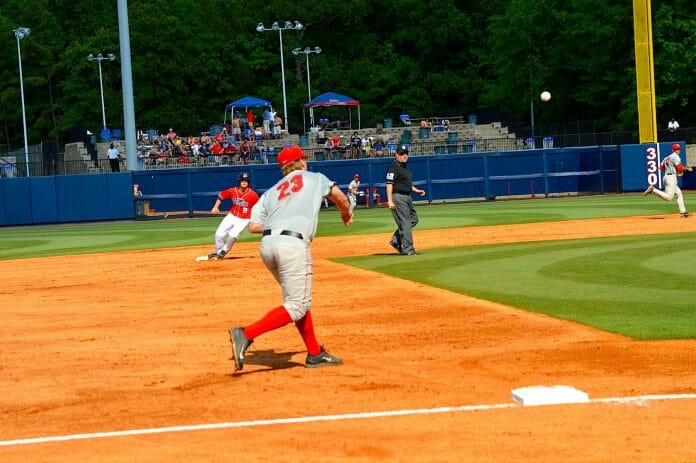 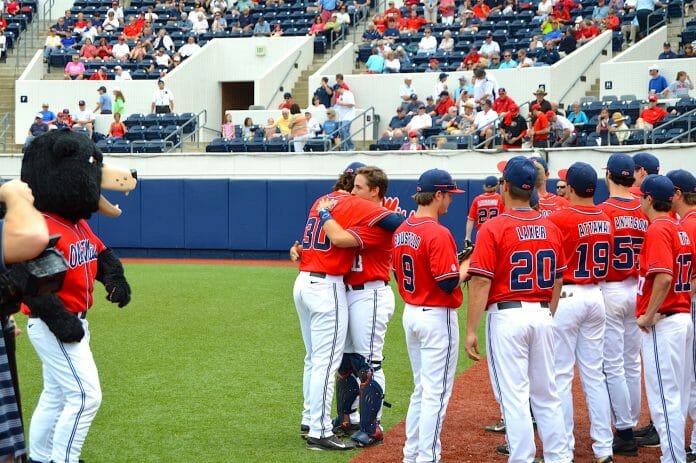 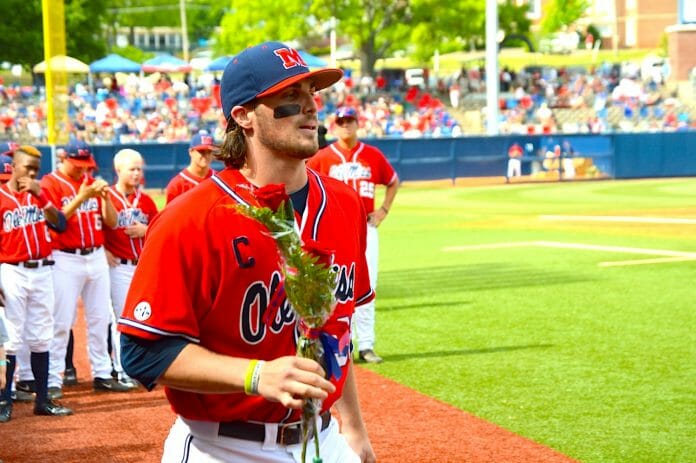 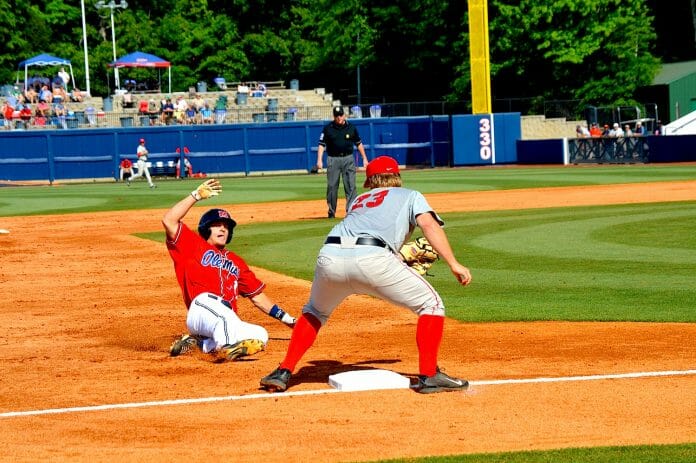 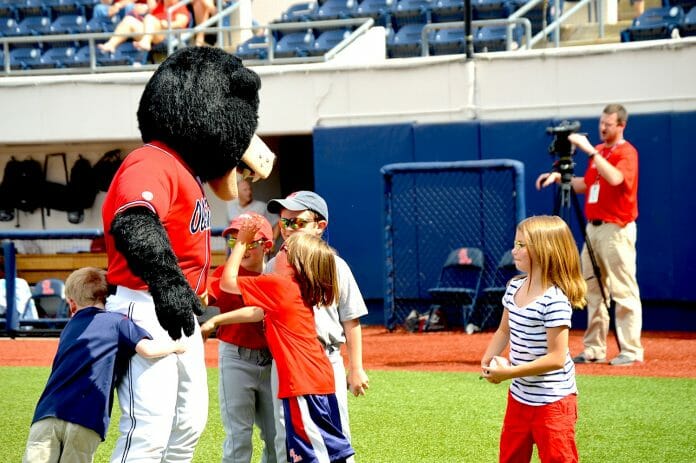 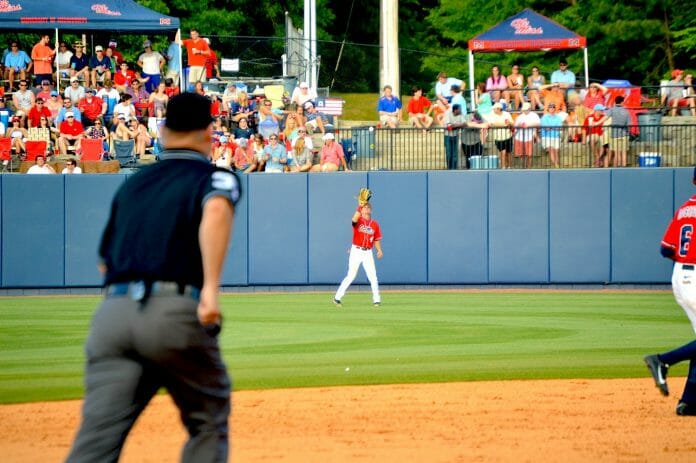 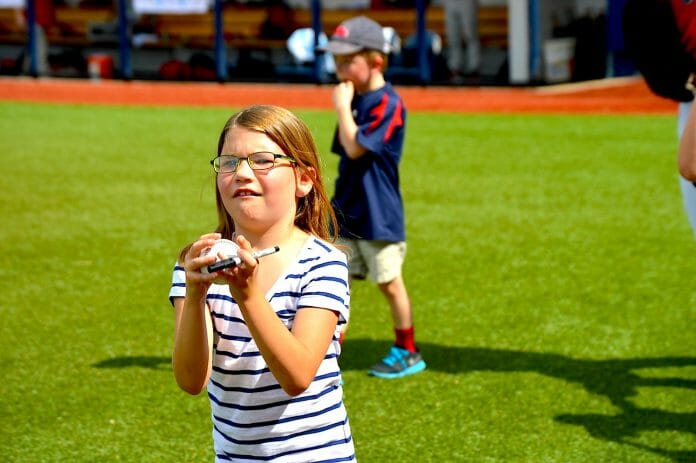 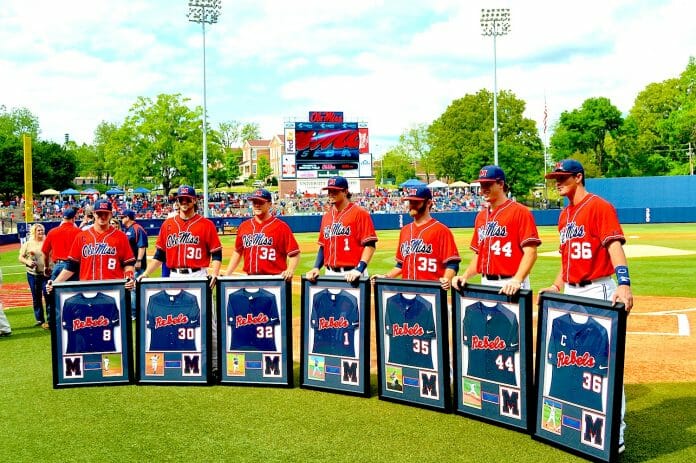 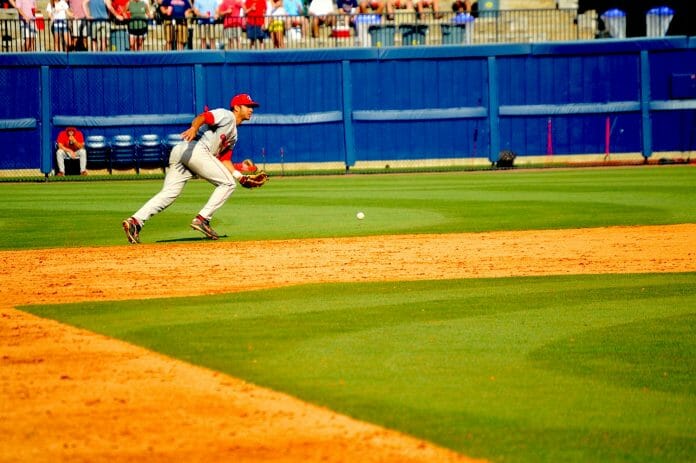 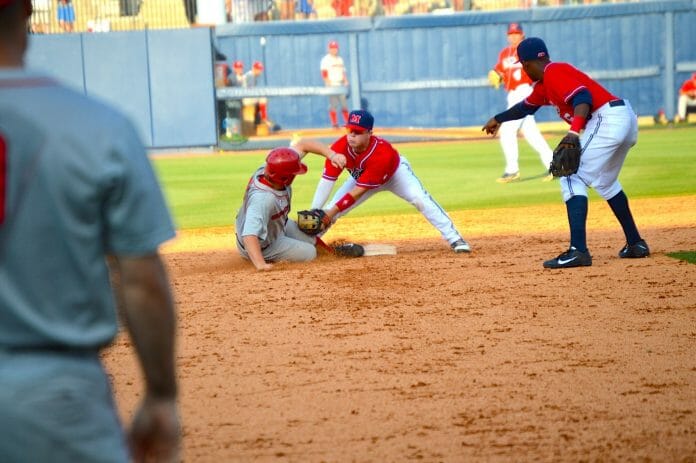 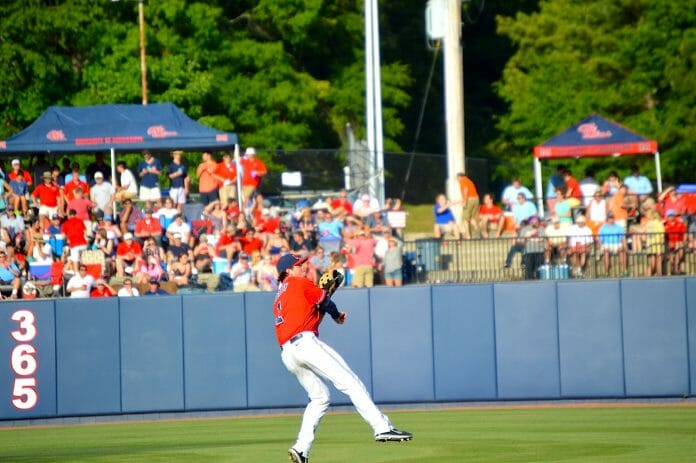 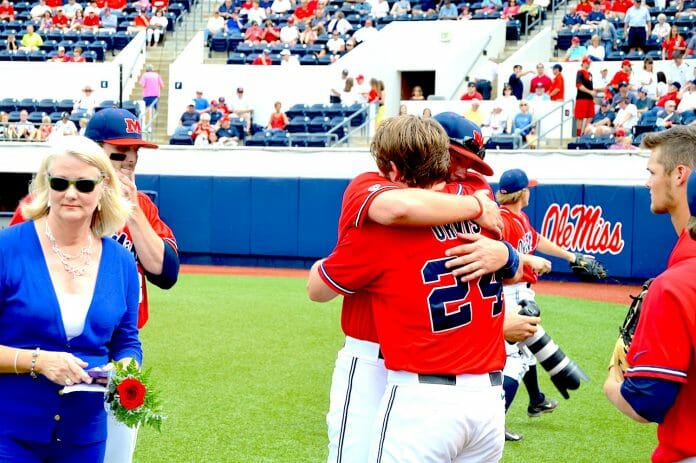 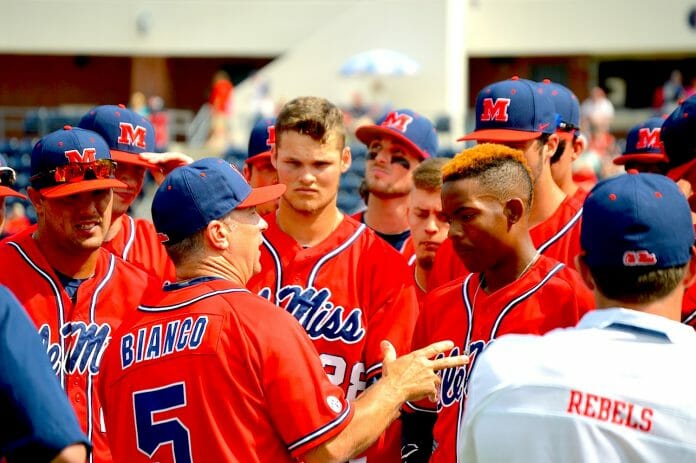