On a gorgeous Mother’s Day Sunday afternoon the No. 11 Ole Miss Rebels closed out their 2014 home regular season against the Georgia Bulldogs, defeating the Bulldogs 2-1 in the bottom of the tenth.
No. 11 Ole Miss (37-15, 17-10 SEC) closed out the home slate with a big conference series win.
https://youtu.be/0t5RwCycOsw
For the second straight day this weekend a real pitcher’s dual broke out at Swayze Field as both teams fought tooth and nail for a series victory.
Then in the bottom of the tenth, Ole Miss scored the winning run off the bat of Auston Bousfield who plated Holt Perdzock.
The Bulldogs opened the game like Saturday’s ended by scoring a lone run in the first. Sam Smith, the Rebels starter, gave up the run on a sacrifice fly.
Smith settled in after a rocky first and held Georgia in check. The whole defense stood tall behind the Ole Miss pitcher by not allowing another runner to get past third base.
In the first few innings, the Rebel batters put some great swings together, but nothing would fall. Then in the fifth, Bousfield delivered a RBI single that tied up the ball game.
Jeremy Massie came into pitch for Smith in the eighth. Massie delivered three prefect innings of baseball, only giving up one hit. The left-hander struck out four Bulldog batters. He picked up his fourth win of the season.
With the win the Rebels lead the Western division by a game over the Mississippi State Bulldogs.
Up next for the Rebels is a matchup with Arkansas State in Little Rock on Tuesday. Next, Ole Miss travels to College Station to take on the Texas A&M Aggies Thursday through Saturday.
View more images of the game here: 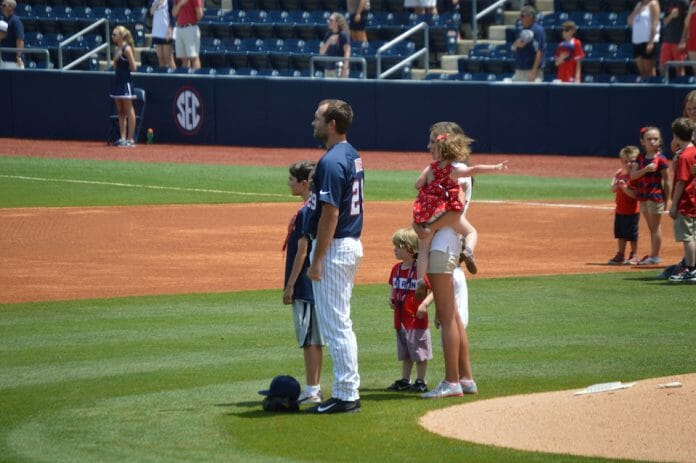 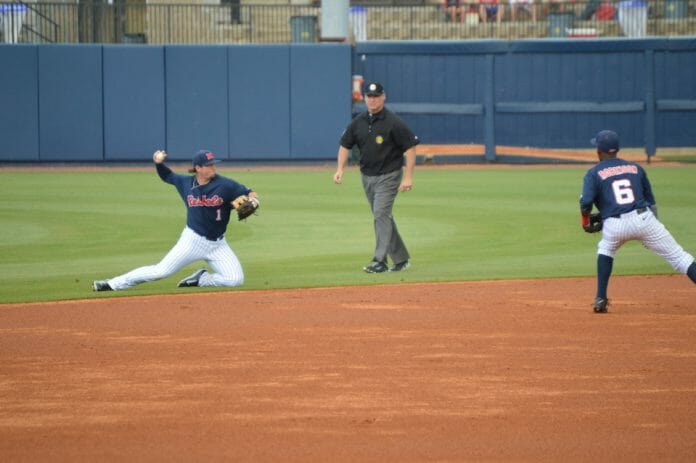 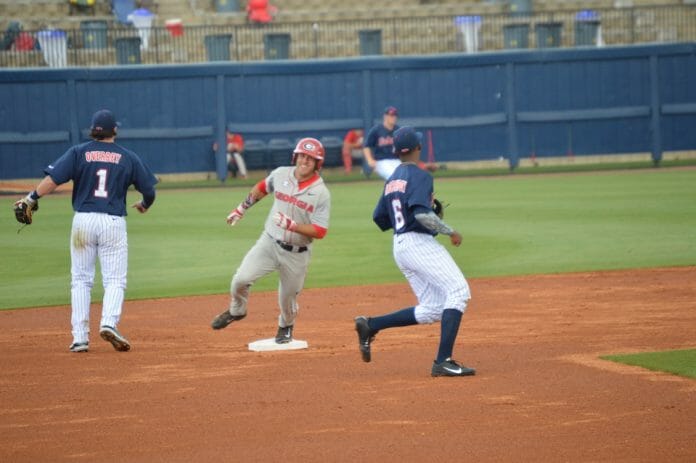 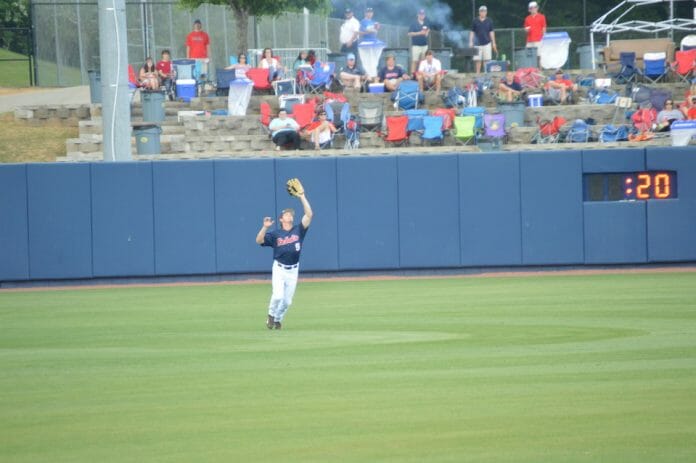 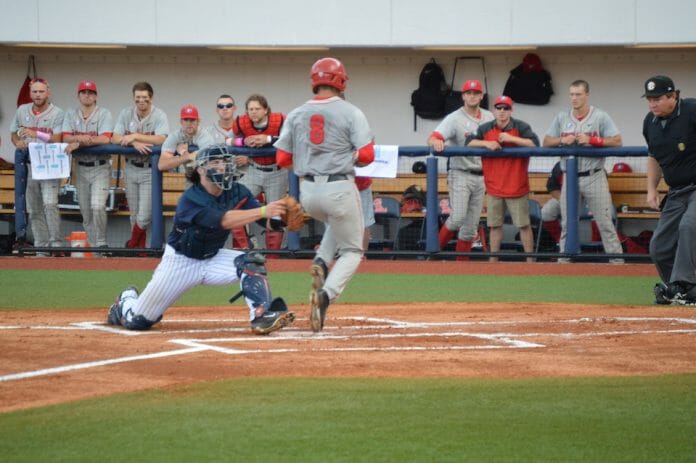 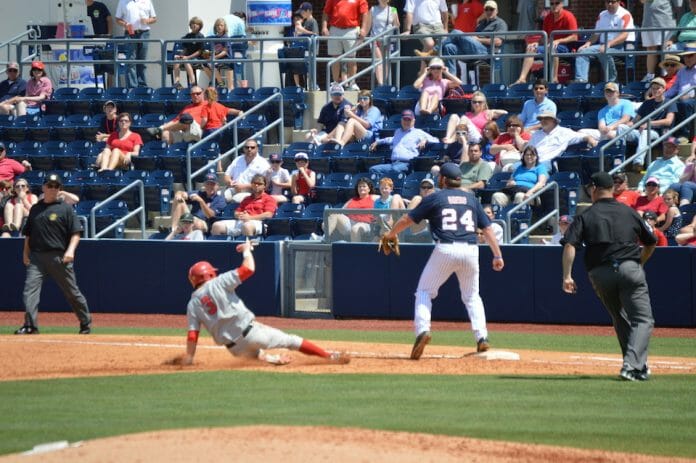 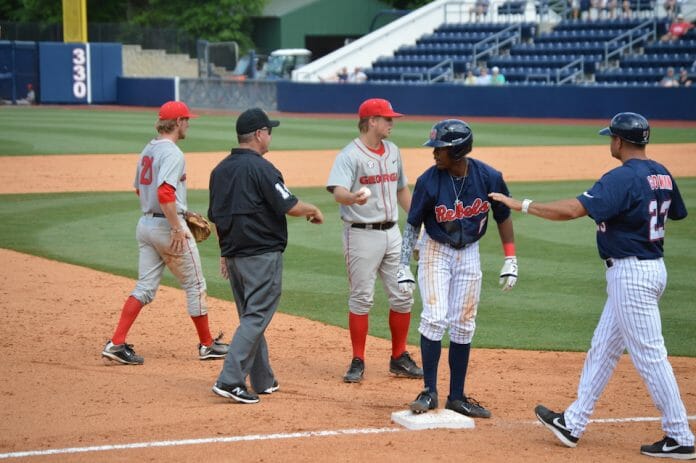 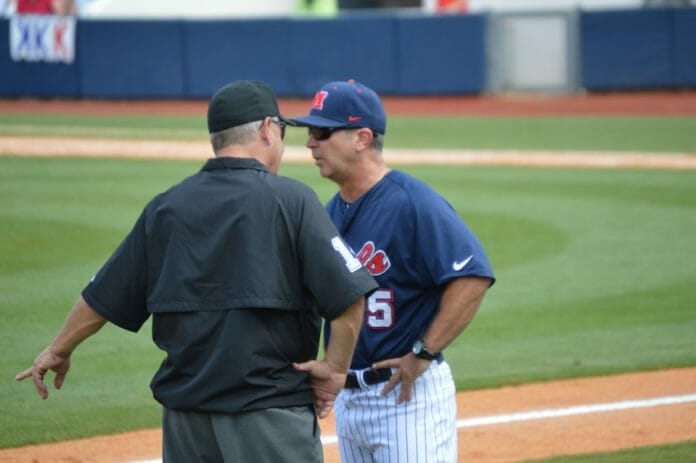 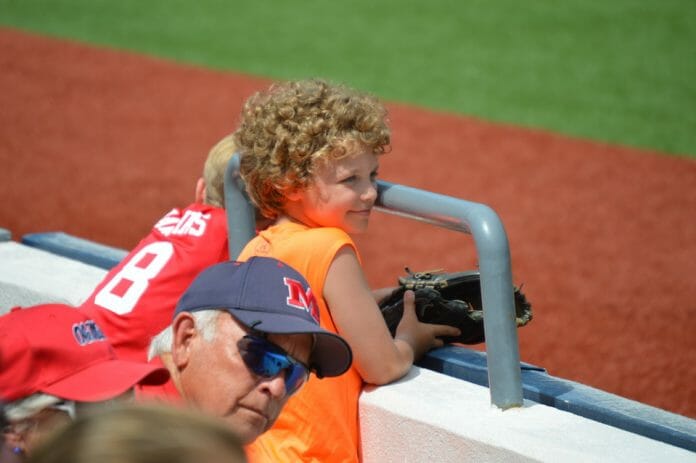