5 Powerful Observations from the Panama Canal

Including the ‘secret of success in life’ from the man who built it
I recently had the opportunity to go through the Panama Canal and study the incredible effort that went into building this engineering wonder of the world.
Pulitzer Prize winning history David McCullough says this about the building of the Canal: 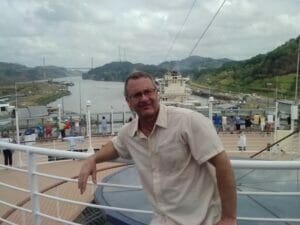 “It represented the largest, most costly single effort ever before mounted anywhere on earth. It held the world’s attention over a span of forty years. Great reputations were made and destroyed.” David McCullough
There are great lessons we can learn from the staggering effort it took to build the Canal, which ranked only behind the Egyptian Pyramids in greatest building project ever. So much dirt and rocks were removed to make that 48 mile route to connect the Pacific and Atlantic Oceans that you could take it all and make a Great Wall of China from San Francisco to New York. You could stack all that spoil in a city block and it would go 16 miles up.
Here are 5 powerful examples of inspiration and leadership lessons we can take from one of the greatest engineering challenges in world history, including the secret of success for any company, school or church!
1) The Fire Within those that perished so that this Canal could be built 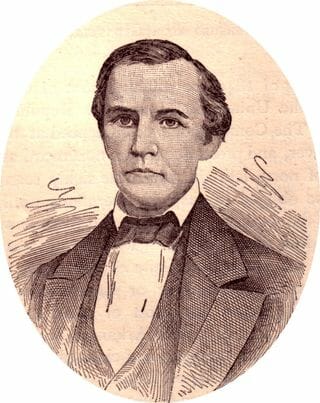 We think we have it so tough these days. People complain about the recent hard winter or the challenging economy of recent years. Well, what they had to endure to build that Canal puts things in perspective.
Close to 30,000 people died from the time possible routes were studied in the mid 1800’s to when it was finished in 1914. Back in 1954 there was an expedition of 27 men led by Colonel Isaac Strain to figure out a possible route of a Canal. They got so lost in the untamed hellish Panama jungle that they ate live toads to try to stay alive. Infestations of botfly maggots, which grew under the skin and fattened on human tissue, terrorized them. Six men starved to death. When they finally got out Strain (picture below), the leader, was down to 75 pounds and died a few years later having never recovered.
What they did, though, was provide valuable insights on where a possible Panama Canal route could be built. They set the stage for the next step, which would be a Panama Railroad that would be important to transport things when the Canal would be built. Over 6000 died building the railroad from cholera, dysentery, fever and more. Chinese workers dying from acute melancholiaa sharpened bamboo poles and plunged on them or their work machetes to end their misery.
When the French tried to build the Canal from 1881 to 1894, 20,000 died mostly from yellow fever and malaria. Still, they kept coming. One French engineer and his wife traveled to Panama with caskets, knowing what would happen to them. Twenty four Nuns came to serve. Twenty two died. Bodies were often pickled in barrels and shipped to teaching hospitals that needed cadavers to train budding physicians.
2) The French debacle in trying to build the Canal
Ferdinand de Lesseps was the man who led the French attempt at building the Canal. He had successfully led the building of the Suez Canal. At age 64 he fell in love with 20 year old Louise-Helene Autard de Bragard. He would father 12 children with her, the last when he was 80. Some have said that was a greater feat than building any Canal! 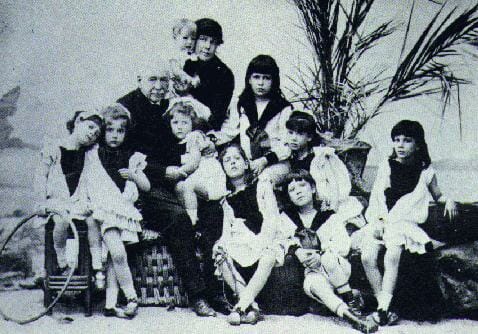 As far as leadership, Ferdinand had the ability to inspire people to invest in the challenge of building the Canal. He raised a ton of money, but he made a devastating mistake. He and his council insisted they construct a canal at sea-level, without locks, across the Panama isthmus. His Technical Committeee had way more politicians and officials than engineers, and they ignored a man who said it would only work with locks and a dam.
The French ended up spending 260 million and lost about 20,000 workers. People wondered if Ferdinand was a canal digger or a grave digger. They finally ran out of money and quit before selling the rights to build it to the United States.
3) The Success Leadership of the U.S. effort by Teddy Roosevelt
President Teddy Roosevelt led the U.S. building of the Panama Canal, which started in 1904. Unlike de Lesseps, he listened to his appointed Chief Engineer John Stevens about building the Canal with locks and dams. Roosevelt also went to the Canal during construction, becoming the first President to leave the United States while in office. He went during November, the harshest time, and he was all over the place. He listened to all kinds of workers from big shot leaders to guys carrying dirt. He operated a steam shovel. His visit was huge for morale. 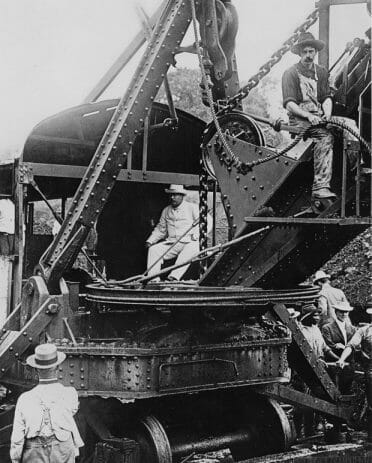 Lesson learned? Leaders, get out of the office and out with the people and talk and listen to all levels.
4) Sometimes we need to come to a stop so that we can move better later!

What brought the French effort down was the devastation of the malaria and yellow fever. It was so bad that 3 of every 4 that got in the hospital did not make it out. For many, the last thing they saw before dying was their casket moved in the room to the foot of their bed. A big mistake they made came from trying to do something right. Ants were a problem, so they put the bedposts in buckets of water. That led to insects breeding right in the hospital.
Hospitals treated patients with high doses of whiskey, eggnog, or by rubbing kerosene and oil on them and giving them mustard baths. Basically, they didn’t have a clue.
Dr. William Gorgas figured out it was insects and pitched an extremely expensive and time consuming way to clean the place up. While many scoffed, Roosevelt and Stevens listened. Stevens shut down everything for over a year to sanitize the place like no place had ever been cleaned up. The building could wait. They drained swamps. They screened and fumigated buildings, even invading churches to clean out the fonts of holy water.
Millions were spent and within a couple of years they had wiped out yellow fever and malaria.
5) The Secret to Success, from the man who finished the Panama Canal
Stevens, for reasons that are still not known though some consider burnout, abruptly quit after 20 months so Roosevelt appointed Col. George Goethals in 1907. He led the way until the Canal was finished in 1914.

Every Sunday morning starting at sunup he would meet with anyone of the 40,000-plus workers about any complaint or problem. He met with them on a first-come basis regardless of where they were from or whatever their position was and he responded to their problems immediately. One of the requests was to transfer a steam-shovel engineer to another division because their baseball team needed a pitcher! Goethals granted that request.
Morale under his leadership was positive.
When the building of the Canal was nearly finished, a major slide occurred in 1913. Many of the engineers were ready to give it all up. Colonel Goethals was called to the mess. “What are we going to do now?” he was asked. He calmly looked over the scene, lit a cigarette and answered with “Hell, dig it out again.” That was his only reply.
The atmosphere of toughness and fairness generated by Goethals allowed his team to succeed where others had failed, and the project reached completion six months ahead of schedule.
Upon completion, he was asked what the secret of success was and his answer was simply this: “When everyone takes pride in their work.”
Below is a documentary I produced of the experience of going through the Panama Canal and the motivation we can draw from the incredible sacrifices paid to build it. You will see everything from how the locks work, to how unbelievably close the ships are to the walls, to the jungles that once claimed so many lives.

In future Stoke the Fire Within presentations, especially over the next year, I will share the leadership lessons from the building of the Canal.