No Greater Examples of Giving It All for the Team

Sometimes an organization will ask me to emphasize teamwork in the Stoke the Fire Within presentation. It is important and we hear about teamwork a lot. We strive to be team players. 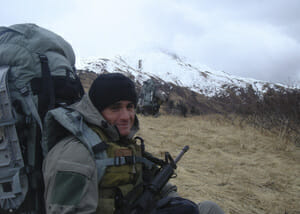 With yesterday being Memorial Day, where we honor those who gave their lives in military service, I wanted to share two remarkable examples of what teamwork really is in life.
Michael Monsoor grew up with severe asthma yet still made the Navy SEALS. He was a high school sports star who was a devout Catholic, and loved Johnny Cash and his beloved Corvette.
On September 29th of 2006, while serving in Iraq, Monsoor and a group of SEALs were in position on a roof toop in a dangerous part of Ramadi. Insurgents fired on them and one threw a grenade up on the roof. “Grenade!” Monsoor shouted. He was the only one near a door exit, but never for a millisecond did he think of saving himself. Realizing his three comrades could not get to safety he threw himself on the grenade, smothering it with his body.
It exploded, and he died from the wounds thirty minutes later.
Even though he was just two weeks from returning home, he instantly jumped on that grenade to save their lives. 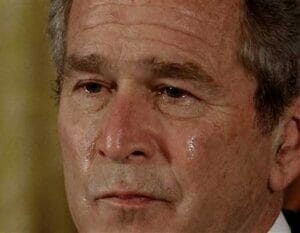 I have shared his story several times in Talks over the years and I still have a hard time wrapping my head around what a hero he was, and what he did for others. At his funeral, his three injured fellow SEALs hobbled up to thank his parents. His parents had named him after the Archangel Michael, the great protector whose mission was to protect the world from the satanic forces of evil. Saint Michael’s Day is celebrated on September 29, the day Mike gave his life for his friends.
On April 8, 2008, Monsoor was awarded the Medal of Honor posthumously officiated by President George W. Bush in a ceremony at the White House. When trying to describe Monsoor’s sacrifice, President Bush became emotional.
The second story I would like to share with you happened in 1967, 2nd Lt. John Bobo and his 9th Marines were in a fierce battle in the Vietnam War. The platoon commander was gravely injured when a mortar round severed his right leg at the knee. He rammed what was left of his leg into the ground to help stop the bleeding and ordered his men to prop him up against a tree so he could keep firing.
Knowing his wounds would prevent him from making it to safety, Bobo ordered his men to retreat while he stayed behind alone to fight the North Vietnamese. His actions saved the lives of all of his men. For this, he was posthumously awarded the Medal of Honor.
He was 24 years old. A graduate of Niagara University, their baseball field is named, John Bobo Field. 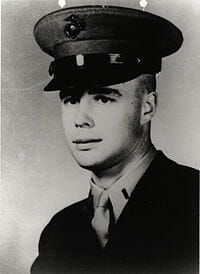 Michael Monsoor and John Bobo, the ultimate team players.
Don’t give up!
Why we should always keep battling in life!
I am pretty particular about what videos I share in this Tuesday newsletter because I value your time and know that you are busy, but this one is amazing and I urge you to watch it and share with others, especially those you know that are going through challenges.
It will fire you through the rest of the week.
There is no greater example of NOT giving up in life and continuing to battle than what what the University of Minnesota’s Heather Dorniden did during a 600 meter race. That particular race is basically a sprint. Watch what happens when they get in a pack.
I was speaking in Minneapolis last week and learned of this video. It has made some people literally stand up and cheer.