Aldous Huxley forewarned: there will be a dark day when we come to…worship machines. Huxley is one of the greatest literary thought leaders and prescient futurists. With Huxley, you might start with his novel, Brave New World. Anyway… 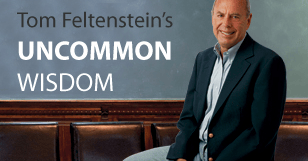 Consider where we are. Observe! People drag their I-Phones, I-Pads, and Kindles with them – even to the table in restaurants, the theater, the ballpark and suffer psychological and physical withdrawal symptoms if separated from these machines. They engage with their little machines, talking, texting, checking their e-mail, even as they drive cars at high speeds or in heavy traffic, operate high-speed trains or cruise ships or airliners, perform surgeries, etc. knowing the danger but unwilling to postpone their worship by even a few minutes.
Their machines talk to them and they talk to their machines. There is a TV commercial with a famous actor asking his machine’s voice to tell him a joke, then discussing cosmic purpose philosophy with it. Not calling a close friend. Not leaving his chair in his house to see a friend. Another commercial shows a young lad asking his handheld machine for advice on how to ask a girl out. Not his father. Not his older brother. His machine.
People are dependent on machines as substitute minds, to pick books and movies and TV programs for them – for they believe the machine has better taste and judgment than they do, and because they are too lazy to think for themselves. People rely on their machine to spell and count for them, and to direct them to where they want to drive or walk to. People can’t wait to let their cars drive themselves. Another TV commercial has Alec Baldwin as a substitute teacher chiding a young student for suggesting that they study spelling – Baldwin’s teacher says “spelling’s not a subject (for study). It’s a program. An app.”
The machines are put on pedestals and in places of high honor. Not buried in one’s purse or pocket, let alone, “God forbid,” left in the car; the machine is placed right on the restaurant table, closer to its supplicant than the human he is sharing a meal with. The machine is brought into and on display in meetings in corporate boardrooms, at job interviews, and at the theater. Game-playing, friend-making, date-finding, conversation, shopping, all funneled through and controlled by one’s machine(s).
Ever increasing numbers of humans scheme, sleep outside stores overnight, stand-in lines, to be among the first to get the next new(er) machine – like worshipers lining up, to file into church, or to come forward for blessing. Mecca is the Apple store at the mall. Bow to the all-seeing, all-knowing, all-powerful machines!
Bad, bad, bad news for humans who need to work for food: a recent survey indicates that 61 percent of consumers would be willing to shop in a fully automated store absent any humans, and 42 percent claim they would prefer it. Fifty-eight percent of shoppers are happy to have store or online retailers keep track of their purchase history (now advertised as a benefit in Lowe’s TV spots), so that a machine can serve as their memory, tell them what they bought, and tell them what to buy.

Tom Feltenstein
Facebook
Twitter
Pinterest
Previous article
Tim Youd Retypes 'The Sound and the Fury' at Rowan Oak
Next article
The Story of Double D: How I Deal with Disability