Editor’s Note: This is an excerpt from author John Hailman’s book ‘The Search for Good Wine’ which will be available for purchase October 2014 from the University of Mississippi Press. This particular chapter was written on June 2, 1985.
Last Saturday, a hot and dusty Delta day, a new winery opened in Mississippi – our fifth since the Native Wine law took effect in 1976. The newest effort is promising, being planted in a mixture of vinifera and French hybrid and grapes. It is called Claiborne Vineyards after its owner, Claiborne Barnwell, a civil engineer who also farms cotton and soybeans, or did until the vineyards devoured all his time. 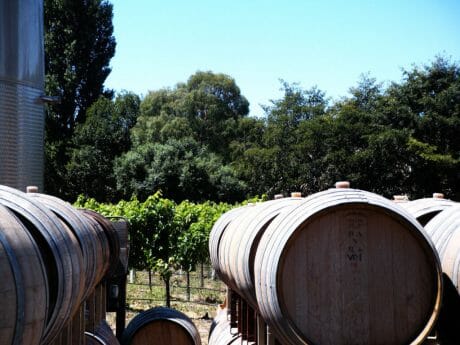 The winery is located in the deep Delta just north of Indainola on Highway 49 West North (one direction per highway would have been enough). The sales room is an old plantation office, now mercifully air-conditioned, but still bearing, from earlier times, a round metal sign proclaiming membership in the Seed Improvement Association. The vineyards are located behind it, on sun-baked land as flat as a table, in appearance every bit like the San Joaquin Valley of central California.
What is a man like Barnwell doing in the wine business? Perhaps it is the wave of the future. It was not so long ago that growing rice or sunflowers in the Delta was thought slightly eccentric. And Barnwell did go to Mississippi State, whose beautiful School of Enology seeks to become the parent of a whole new generation of grape-growers and wine-makers in the long Mississippi growing season.
Claiborne Barnwell and his wife Marian, a professor at Delta State University, also fit the demographic profile of so many new wine-makers all over America: professionals in other fields seeking new challenges in the hard, but satisfying, labor of a family winery, one of the few real family-farming operations still possible.
The instinct for fine wines may also just be in the blood: Claiborne Barnwell is the nephew of Craig Barnwell, America’s first finest food writer, the food editor and former restaurant reviewer of the New Your Times and Sunflower County’s best-known native son. His recent autobiography, A Feast Made for Laughter, was a best-seller for months. The Claiborne is Barnwell apparently runs deep, because his first wines definitely show it.
The winery is a family on e in much more than its name. In addition to Uncle Craig Claiborne, who came all the way from New York for the opening, brother Bobby Barnwell, whom I had not seen since Millsaps College days, returned from 13 years in Saudi Arabia for the occasion. The Barnwells’ son, Will, faithfully handled the guest register for hours and ably answered questions of all kinds. Their daughter, Craig (these names get a little confusing), took visitors on rolling tours of the vineyards in the family golf cart, an excellent idea until she had a flat tire.
Next to the wines themselves, which were a big success, the appearance of the vines was the most encouraging part of the entire day. They look in terrific health, as neat and well-tended as a maiden aunt’s bedroom during Pilgrimage. Claiborne allegedly talks to his vines when needed, and sat up with them like sick children when it was believed they had contracted the dreaded Pierce’s Disease. Apparently the vines either recovered, a rare and propitious occurrence, or were misdiagnosed.
Whatever, the vines are now thriving, especially the Cabernet Sauvignons planted in 1983, which hold huge clusters of healthy young grapes. Some Chardonnays, planted only last year, are growing almost like Kudzu, but we hope to a more useful end.
At present, the winery’s capacity is a small 500 cases per year, but a large expansion is likely if these first wines are well-received. From a preliminary tasting of the eight wines now on sale, including Cabernet Sauvignon, Pinot Noir, Marechal Foch, Seyval Blanc, Villard Blanc and others, the future of Claiborne Vineyards looks bright.
Bayou Rouge, their blended, everyday generic red, named with an appropriate Delta sens for mixed metaphor, has a nice balance of acidity, especially for a whine just made last fall from a of 10 different French hybrids. At just $5 it could become the everyday dry dinner wine Mississippians are always looking for. 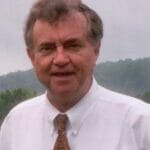