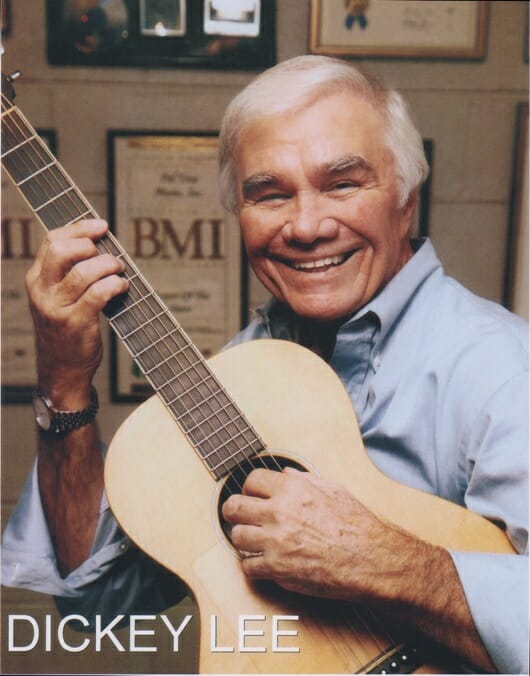 The Vassallo Interviews — Steve Vassallo is a HottyToddy.com contributor who interviews Oxford’s and our region’s leading personalities.

“Dickey Lee is one of the greatest singer/songwriters in the history of American music. The interview that follows will reinforce this statement. Dickey and I became good friends ten years ago and the times we’ve shared here in Oxford; Madison; and Nashville have all been extra special. He is one class act!”
HottyToddy.com — Dickey, your career now spans seven decades. How long are you planning to go?
Dickey Lee — For as long as I’m enjoying it and having fun.
HottyToddy.com — What was your single, greatest success?
Dickey Lee — Oh Wow! Outside of fathering two beautiful daughters I guess I’d have to say being inducted into The Nashville Songwriter’s Hall of Fame by my peers in 1995.
Hottytoddy.com — In addition to your hits, tell us about the chart busters you wrote for others.
Dickey Lee — Well a few were ‘She Thinks I Still Care’ recorded by over five hundred artists including George Jones, Elvis and Anne Murray; ‘You’re The First Time I’ve Thought About leaving’/Reba MacIntire; In a Different Light’/Doug Stone; ‘Let’s Fall To Pieces Together/George Strait; ‘The Keeper Of The Stars’/Tracy Byrd; ‘The Door’s Always Open’/Dave & Sugar; ‘Standing Knee Deep In A River’/Kathy Mattea, Joe Cocker. This is probably enough for one article. You can find all of my hits on my web site — www.dickeyleemusic.com. And I’ve also had many great co writers over the years.
HottyToddy.com — As to your hits, take us back down memory lane for a minute. 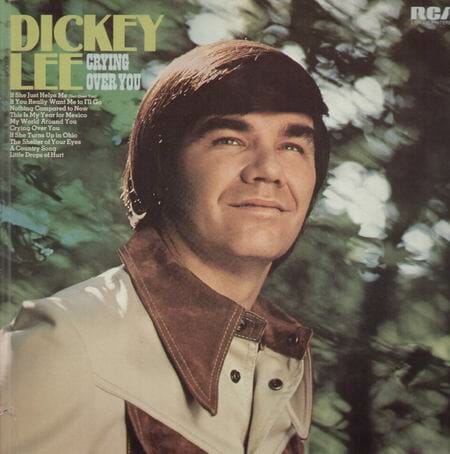 Dickey Lee — Well, I started out rock and roll in 1957 while I was at Memphis State with a little southern territorial two sided hit on Tampa Records called ‘Dream Boy and ‘Stay True, Baby.’ Then I was signed by Sun Records and had a few local hits and in 1961 released my first national hit, ‘Patches’ on Smash Records and followed that up with ‘I Saw Linda Yesterday’ and ‘Laurie (Strange Things Happen In This World)’ on Twentieth Century Fox and a few other chart records in between. While doing the pop and rock n roll I always loved country music. I signed with RCA Records in 1970 through 1980 and recorded some country hits including ‘Never Ending Song Of Love,’ Ashes Of Love,’ Rocky,’ ‘Angels, Roses & Rain’ and  ‘9,999,999 Tears.’ Last year RCA in conjunction with www.realgonerecords.com released ‘Dickey Lee/Original Greatest Hits’ which includes 20 songs.
HottyToddy.com — You have met the world’s greatest entertainers of which you are one. Share with us an interesting story.
Dickey Lee — When ‘Dream Boy’ got to No. 2 on the Memphis Charts, we played a big dance one night. As I was walking to the car after the show a guy comes up and said, “Hey Dickey, Elvis wants to meet you.” I thought he was kidding me, But Elvis was parked by the curb and said he loved my record and invited me out to Graceland. It was wild because his ‘All Shook Up’ was No. 1. I never passed him. Anyway I went out there and had a great time. He was so nice and complimentary. My fondest memory that night? He made me a vanilla milk shake. Good one, too.
HottyToddy.com — Didn’t you have a daughter who attended Ole Miss?


Dickey Lee — My oldest daughter, Danna,  graduated from Ole Miss and her daughter, Hannah, who is a junior in high school has Ole Miss at the top of her list.
HottyToddy.com — You are an avid follower of sports. Which teams do you follow?
Dickey Lee — I grew up in Memphis and graduated from the University of Memphis which was Memphis State University at the time and I’ve been in Nashville since 1970. So the teams I follow with a passion are University of Memphis, Ole Miss, Vanderbilt, the Titans and the Grizzlies. Ole Miss football is really coming on strong and U of Memphis, with a solid coaching staff, is slowly, but surely getting much better after years of being off the map.This was a great rivalry at one time, at least in my eyes, and I’d love to see it again. All of their games  were sell outs. I will always be grateful to Coach Vaught because he had the guts to schedule  Memphis when no one else would. And in my humble opinion, that’s what got the Tigers up and going.
HottyToddy.com — Who were your closest friends among the great entertainers?
Dickey Lee — I’ve made some great friends throughout my career, but a few I’ve really created a strong rapport with are Lou Christie, Johnny Tillotson, Freddy Weller and Johnny Russell who passed away a few years ago.
Hottytoddy.com — Will you continue to write hit songs?
Dickey Lee — I don’t write nine to five like I used to do, but I still write if and when the feeling hits me or someone asks me to write something for them.
HottyToddy.com — Tell us about your childhood and college years.
Dickey Lee — I grew up in Whitehaven, Ten. on a small farm just outside of Memphis with a brother, a sister and lots of childhood friends. I fed the chickens, slopped the hogs, picked and chopped cotton, plowed behind a mule and later graduated to  a tractor and started leaning how to play guitar. Outside of that we probably played some kind of ball or fought each other everyday we weren’t working or in school. Played baseball and football junior high through high school and got kicked out of high school chorus. Went to Memphis State on a partial boxing scholarship, majored in commercial art, minored in physical education and had a rock n roll band where we’d mainly play college and high school dances.
HottyToddy.com — What do you do for fun outside of performing?
Dickey Lee — Have lunch and dinner with good friends, read and play golf. I also work out to try and stay in half way decent shape. Been doing it all my life. Didn’t like it in the past and I don’t like it now.
HottyToddy.com — You have chosen Nashville for your permanent residence (actually Brentwood). Why so?
Dickey Lee — I came here from Memphis simply because of my music career. I love Nashville and the people. When I came here in 1970 people were going to New York and LA to try and get a start. Now they’re coming here from New York, LA and everywhere else. This is a great place to live and they’ve got everything except an ocean. Actually I moved about seven miles south of Brentwood to Franklin three years ago.
HottyToddy.com — Are there any mountains left to climb?

Dickey Lee — No not really. All I ever wanted to do was make a living writing and singing and God has granted me that more so than I ever could have imagined. And I really hope I’ve pleased him to some degree.
HottyToddy.com — Let’s make this interview unique. Tell our readers a fun fact that very few know.
Dickey Lee — When I was 10-years-old, I spent the year living with my paternal grandparents in San Francisco.They had a three-story flat a block from The Marina and rented the third floor apartment to a family who had a 14-year-old daughter, Diane. She was beautiful and I was smitten with her. For whatever reason she put up with me for the whole year and we spent lots of time together. Her full name was Diane Fossey. In 1988 Sigourney Weaver portrayed Diane in the movie “Gorillas In The Mist” in which she was nominated for an Oscar for best actress.

Steve Vassallo is a HottyToddy.com contributor. Steve writes on Ole Miss athletics, Oxford business, politics and other subjects. He is an Ole Miss grad and former radio announcer for the basketball team. Currently, Steve is a highly successful leader in the real estate business who lives in Oxford with his wife Rosie. You can contact Steve at sovassallo@gmail.com or call him at 985-852-7745.
Vasallo is a certified economic and community developer and is also a realtor with Premier Properties of Oxford. Steve graduated from Ole Miss and his lifelong dream has been to live in Oxford full-time. “I am now living my dream daily as is my wife Rosie, who works with the Oxford Chamber of Commerce,” Steve said.
Facebook
Twitter
Pinterest
Previous articleNima's Pizza of Gassville, Arkansas Wins Pizza Competition
Next article4th is Fun, Patriotic, Musical in Great Grove Event