Last week Mississippians joined in the celebration of America.
We pulled out picnic baskets and coolers and dealt with the simplicity of fried chicken, not the complexity of Obamacare. 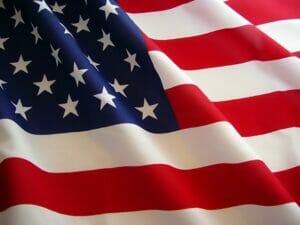 We headed for parks and beaches, pondering whether we needed another bag of ice, not why violence continues to increase in our communities.
We watched the rockets’ red glare, thinking about how deeply we love this land. We didn’t dwell on waste by our governments, their bloat, inefficiency or, more specifically, our societal trajectory.
Some might say we are delusional, that we celebrate a country that does not exist. Are we the land of the free, home of the brave? Able to manage our culture, our finances? Or are we lost sheep — decadent, self-serving, directionless?
We choose not to ponder these things at celebrations. America? Heck yea! Pass the watermelon.
On June 24, Mississippi had a runoff to nominate a Republican for one of its U.S. Senate seats.
For weeks before and since, we have been treated to one bizarre development after another, one nutty claim after another. Accusations and weirdness stacked upon accusations and weirdness.
We were told the stakes were high, but other than who got the most votes, the June 3 primary and June 24 runoff didn’t decide anything.
Not really.
The contest between state Sen. Chris McDaniel and incumbent Thad Cochran was like all those last-minute continuing budget resolutions Congress has to keep passing to keep America from going belly-up in world financial markets. The resolutions are a political hammer with which Republicans and Democrats can keep knocking each other in the head, but provide no lasting fix. Like the election. A can kicker.
In terms of their conservatism, McDaniel and Cochran would vote the same 99 percent of the time on social issues. They think differently about financing, little else.
McDaniel, of course, represents the firebrand side. Fueled by an obsession that Democrats cater to a something-for-nothing crowd, tea partiers have turned on their former fellow conservatives for not being conservative enough. They see the fiscal cliff ahead and want serious brakes applied — now.
They don’t talk about what will happen if the federal books are balanced too quickly. That’s because they must know an economic collapse would follow at least as severe as what’s going to happen if spending continues to escalate at current rates.
The upstarts fault Cochran and other “traditional” Republicans for being too go-along-to-get-along with Democrats. But how do you fault a person like Cochran, king of earmarks, who has funneled so much money to Mississippi for so long and across such a broad spectrum? Beat him up for giving us what we ask for? Almost everyone, including President Obama, agrees that the federal government spends too much. But the solution is not to turn off the tap.
Once, decades ago, there was a bright line between public and private spending, between public and private economies. Now there’s not. These days they interlock, one can’t prosper unless the other does. Witness the fact that when Bill Clinton left office, there was a projected federal tax surplus – enough income to start paying down the national debt. Many factors were in play, but the leading reason for the surplus was a national economy that was really churning.
Today, the same math is in play. Economic disaster is sure to come (1) if the rate of increase in federal spending isn’t slowed or (2) Congress takes a meat ax to the budget. If we’re smart, we’ll elect people who understand that and who will work constructively to solve the nation’s problems. It’s not a time for power politics. It’s a time to recognize the problem and fix it.
Meanwhile, we the people will keep celebrating America or, more accurately, the American ideal. We envision a state and nation where all people are neighborly, not just most. We envision elected assemblies where representatives stay focused on the common good, not just what will play well in the next election. We strive for communities free of tension and strife, where people respect each other and display that respect on a daily basis.
Objectively, we can’t deny that America has a lot of problems. Objectively, we don’t see much taking place to bring about solutions. But despair solves nothing. We must keep believing that problems can be solved and they will be.
All we need to do is edge the clowns off the stage and invite thoughtfulness and reason back into public discourse.
Charlie Mitchell is a Mississippi journalist. Write to him at cmitchell43@yahoo.com.