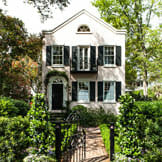 This link to Southern Living on-line takes you to a quiz that leads eventually to the Southern city you’re  most copasetic with.
The entire staff at HottyToddy.com tried repeatedly to re-engineer the quiz. We all tried to trick the quiz into taking us us to Oxford. No luck. Is Oxford even programmed into the darn thing? We don’t know.
They probably only inserted the big, obvious Dixie Destinations you’d expect from the Yankees who run this once-great publication. You know: Atlanta, Nashville, Memphis, Charleston, New Orleans. Hell, if I had gotten as close as Memphis, I’d have thumbed my way to Oxford.
You’ve heard the expression “The Little Easy,” comparing our fair city to New Orleans? Managing editor Kate Wallace ended up in New Orleans after taking the quiz, so maybe that’s the closest you can get — ambiance-speaking.
Editor Andy Knef and Creative Director Sarah Beth Wiley both ended up in Nashville, which is apparently where foodie, sci fi geek,  bourbon drinkers who yearn to meet Mohammed Ali, would inhabit if they could. I landed in Music City even though I hate Vanderbilt and didn’t select “Country” as my favorite music. I also picked the home above that looks to me exactly like one of those gorgeous spreads you find on North Lamar. 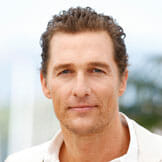 So, if anyone scores Oxford in this bogus quiz, let us know. Otherwise have fun in Nashville, New Orleans, Atlanta, or wherever you end up. And here’s a tip. Just because you choose Matthew McConaughey, who did happen to film a John Grisham-based movie in Oxford, you’re not guaranteed to end up here
P.S. If by some miracle you end up in Starkville, we warned you it’s bogus.
HottyToddy.com staff report.