10 Things That Surprised Me About New York City: A Southern Perspective

A trip to New York City is a once in a lifetime opportunity that you just can’t, and shouldn’t, pass up. Opinions of the city aside, it’s great to just visit to see how the upper half lives. Recently, my father, John Mathis of John Mathis Photography, invited me to accompany him on a photo shoot in the heart of Manhattan. There was no way I could say no (being of sound mind and body), so we traveled via plane to New York City for three days. I experienced many new things and many things rather foreign to my Southern upbringing. 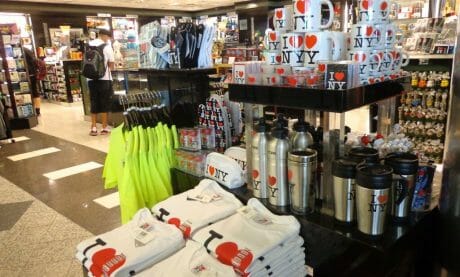 1. The ethnic diversity in the City is astounding. Establishments of all cultures are spread throughout the area, and there might be a pizza place right beside a luxury boutique. Inside a restaurant, each table may be speaking a different language than the next. Growing up where the only diversity is the variance in Southern dialects, this was a really interesting, but shocking, thing to witness.


2. Cab drivers are really as crazy as they are depicted on television. We only took two cab rides during our trip, preferring the subway because it is much cheaper. The cab drivers speed, honk frequently, and drive aggressively as though it’s an unspoken rule. I don’t think I’d drive any differently if I had to deal with New York City drivers, though, so it was mostly amusing to see that they were indeed as I’d expected.
3. Speaking of the subway, it really doesn’t deserve the bad reputation it has. The subways themselves were perfectly fine and exceeded my expectations. Our schedule forced us to take the subway around 11 p.m. and I didn’t feel the least bit threatened by doing so. The subway stations were a bit run down because of their age and use, but they weren’t overly dirty or littered. I’ve heard the horror stories that everyone else has, and though I didn’t see any homeless people or rats the size of dogs (yes, someone really warned me about this), that doesn’t mean they aren’t actually there. I just didn’t run into any of them, so my subway experience was quite pleasant.
4. The hidden fees behind nearly everything are outrageous. New York sure knows how to make its money! We stayed in a hotel that was more than a few hundred dollars a night and there was still a charge to use the WiFi. There was a not-so-complimentary breakfast downstairs, and the snacks that were temptingly placed in our room were, of course, for a fee. We found it useful to get snacks at the CVS across the street to avoid being charged for anything else.
5. Nearly everyone drives either a small car or a minivan. I’ll admit this probably isn’t the most shocking thing in the world. I saw only one pickup truck while I was in New York and it was a small one at that. Seeing this reinforced to me the fact that I really was in a completely different culture there.
6. Newsstands are just really convenient. You can get magazines and newspapers there (there’s something just really neat about picking up a New York Times in New York City), but they also have cold drinks, candy, snacks, cigarettes, and maybe even small souvenirs. Newsstands are something you just don’t normally see in Mississippi, and I wish we had a few. They’re so cool and just a really great time saver.

7. Some of the best food in New York City can be bought from street vendors. I’m not normally the most open-minded person when it comes to food, but the diversity in New York kind of forces you to try new things. I ate Middle Eastern food for the first time from the famous Halal Guys food cart on the corner of 53rd and 6th. Their signature dish is the chicken and rice gyro platter, and while it really is a hodgepodge of different ingredients topped with a mysterious white sauce, it was one of the best meals I had in New York. Even the $20 linguine I ate at a fancy Mediterranean place two blocks from our hotel didn’t compare. I heard some advice while I was there, and I found it to be really true. Don’t go to the nicest restaurants and expect great food; go to the places that are packed with locals who know where to find the great food.

8. Just because a restaurant delivers doesn’t mean they’ll deliver to you. Exhausted from walking approximately 20 blocks (which is a lot worse than it sounds), we decided delivery to our hotel was the best option for supper. Upon calling an Italian restaurant to place an order, we discovered we had to call their other location since it was closer to us. Certain places only serve certain areas, and because New York City is so huge, a downtown restaurant won’t deliver to the Upper West Side. Somewhat of an inconvenience, but still a good thing to know.

9. New York City isn’t just one big elite metropolis. You’d think that the city would be filled with Saks Fifth Avenues and Barneys, and I’ll admit that there are a lot of those types of stores there. However, there is nearly everything mixed in between them. You can find McDonald’s, Walgreens, Applebee’s, even a Salvation Army a few blocks from Times Square. It is true that the cost of living is higher there, but being able to even recognize some of my favorite chains made me feel more at home in the big city.

10. Not all city landmarks are memorable. We took a short walk to the American Museum of Natural History (the one Night at the Museum is based) since it was close to our hotel, but left within an hour, thoroughly unimpressed. Rockefeller Center was interesting, but ultimately just another skyscraper in the concrete jungle. Other landmarks like Times Square and Central Park were absolutely beautiful, albeit fully packed with tourists. We saw the Statue of Liberty and the Brooklyn Bridge from our airplane, but didn’t get to see them in person. This showed me more than anything that instead of simply seeing New York, it’s best to really experience New York.

I’d have to describe my overall New York experience as stupendously amazing (if that’s even a phrase). Experiencing New York made me acutely aware of the sharp contrast between the average Southern town and the big ole city, and upon reflection I have a newfound appreciation for the region I call home. I’m a Southern girl at heart and if I were to move there, I know I’d miss our customs, our greenery, and most importantly our sweet tea. New York City is great, and I’d highly recommend everybody to visit at least once in their lives, but the South truly is the best place to be.
P.S. New York cheesecake in New York really is the best.

– Cherry Mathis is a staff writer for HottyToddy.com and wants to plan another trip to New York right away. She can be reached at cnmathis@go.olemiss.edu.
Facebook
Twitter
Pinterest
Previous article
UM, City of Oxford Renew Fire Contract
Next article
Cofield on Oxford: Faulkner Has Fans Everywhere — Especially Japan