The Vassallo Interviews — Steve Vassallo is a HottyToddy.com contributor who interviews Oxford’s and our region’s leading personalities.
Steve said: “How do you describe an Oxford legend? It’s next to impossible! Angelo’s story is so unique and special. The thousands of Ole Miss students and Oxford residents who have enjoyed his cooking for decades have yet another opportunity to do so!”


HottyToddy.com – Angelo, tell us how you got here.
Angelo Mistilis – I was actually born here in 1935 (in a house 3 blocks from where he presently resides.)
HottyToddy.com – Well, in that case tell us how you parents arrived in Oxford.
Angelo Mistilis – My father, Tom, was born in Italy and moved to the Greek Islands at a young age. At about age 15, he left home for good and traveled across Europe. He ended up in France and was told by someone (this was in the early 20’s) that he should seek his fortune in the southern United States. His first American venture to New Orleans did not work out, so he returned to Europe. Determined, he set out on a second US expedition… this one would lead him ultimately to Meridian where he met my mother.
HottyToddy.com – What was the attraction in Meridian? 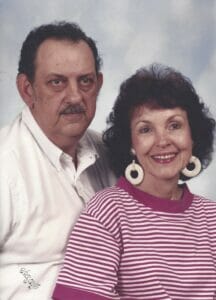 Angelo Mistilis – A restaurant opportunity with four other boys, one of whom was Alex Dennery.
HottyToddy.com – This is getting interesting.
Angelo Mistilis – They opened the Palace Sandwich Shop. Dad cooked and my mother, Georgia, was the cashier. This business has influenced my life ever since as I learned the trade. I had no idea years later in Oxford that I was receiving the “education of a lifetime” while working in the family business.
HottyToddy.com – How did the Meridian business lead your family to Oxford?
Angelo Mistilis – The Meridian partnership eventually fell apart. My father then heard of an opportunity on the Ole Miss campus and arrived in 1926. They opened a family restaurant on campus in the basement of a building where the Pharmacy School stands today. They remained there until some time in the 30’s when the first student union opened.
HottyToddy.com – You were very young when your family was starting the Oxford restaurant business.
Angelo Mistilis – In 1955 I graduated from University High School where Nutt Auditorium is; I worked with my family in the business through high school. I had college scholarship offers to play football, but enlisted in the Army instead.
HottyToddy.com – Was Coach Vaught interested in you?
Angelo Mistilis – Coach Vaught wanted me as a guard, but my interest was continuing as a fullback, which I was during high school. The impasse led me to the Army.
HottyToddy.com – What happens next?
Angelo Mistilis – After my honorable discharge from the military, I returned home to Oxford. In 1962, my older brother, Steve, and I built and opened a restaurant on College Hill Rd. where the Delta Steak Company is now. The integration crisis in Oxford that year almost forced us to close. However, we got through it and survived…barely!
HottyToddy.com – What was your restaurant like in the early days? (I would dine there for the first time in 1965.)
Angelo Mistilis – The menu was on the wall in the back of the restaurant. We served three meats, vegetables and desserts all for $1.35, which included one meat, vegetables, dessert and drink.
HottyToddy.com – When did your famous hamburger steak land on the menu?
Angelo Mistilis – Sometime in the late 60’s. At about this same time I introduced the Zorba Burger to compete with the Big Mac.
HottyToddy.com – You must have a million stories.
Angelo Mistilis – Here’s one. Earlier this year, a former cutomer calls the Oxford Eagle from upstate New York. He tells the newspaper that he had eaten often in my restaurant in the 70’s, but never had sufficient funds to tip the waitress. He asked if the newspaper could help him locate her. It took my wife, JoDale, three days to find the young lady, but she did. Shortly thereafter the former waitress received a $500 check in the mail from her customer of 40 years prior.
HottyToddy.com – What a story! I’m sure you have served some famous individuals through the years, as well as those commoners like me?
Angelo Mistilis – Strom Thurmond, Robert Mitchum, Will Geer (grandfather on the Waltons) and Archie Manning are among some of the more well known. 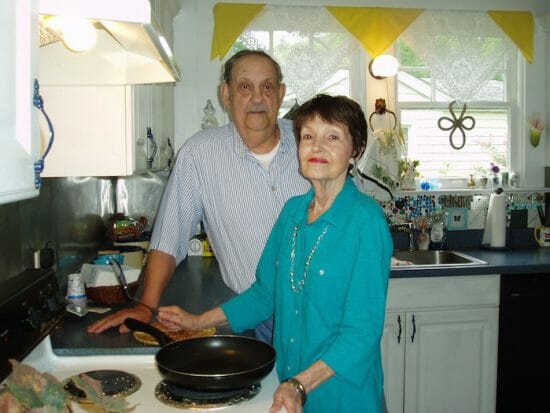 HottyToddy.com – What interests you away from the kitchen?
Angelo Mistilis – Hunting and fishing.
HottyToddy.com – Tell us about your family.
Angelo Mistilis – JoDale (who I met in high school) and I have been married 56 years. We have four children, two boys who live in Oxford, one daughter who lives in Connecticut and another daughter lives in Atlanta. We have eight grandchildren ranging in age from 16 to 33.
HottyToddy.com – What has been your biggest success story?
Angelo Mistilis – Without a doubt, meeting JoDale at the University High School!
Now each and every Tuesday night, we can all enjoy Angelo’s “legendary” hamburger steak! Remember to call Delta Steak Company in advance for a reservation. The demand now is greater than ever! Great things improve with age! This is no exception.
[dhr]
Steve Vassallo is a HottyToddy.com contributor. Steve writes on Ole Miss athletics, Oxford business, politics and other subjects. He is an Ole Miss grad and former radio a

nnouncer for the basketball team. Currently, Steve is a highly successful leader in the real estate business who lives in Oxford with his wife Rosie. You can contact Steve at sovassallo@gmail.com or call him at 985-852-7745.
Vasallo is a certified economic and community developer and is also a realtor with Premier Properties of Oxford. Steve graduated from Ole Miss and his lifelong dream has been to live in Oxford full-time. “I am now living my dream daily as is my wife Rosie, who works with the Oxford Chamber of Commerce,” Steve said.
Facebook
Twitter
Pinterest
Previous article
Rebels Announce Mike Clement as Hitting Coach
Next article
So, How's this National Health Care Thing Working?