The World by Wheel: Rolling Slow to See the Town

The Delta is legendary road trip country. The landscape is made for massive sunsets, for photo stops of blues graves and lonely barns in big fields, for long unfurling highways. But what about a pedicab trip?

A pedicab, for the uninitiated, is an open-air taxi hitched to the back of a bicycle. Simple and economical, it’s been a preferred mode of transit in Asia for nearly a hundred years. In recent decades pedicabs have popped up in cities across the U.S. as a novel and eco-friendly way for tourists to see a town.
Now pedicabs have come to North Mississippi too, with different companies offering tours of Clarksdale and Oxford. There’s something special about touring by bicycle: the feel of fresh air brings everything closer, and rolling by sites a bit more slowly makes the details come alive. And of course there’s the novelty: Even when drivers get stuck behind the cab, they smile and wave, charmed by the old-fashioned spectacle.
It’s perfectly Delta, slow and relaxed, an ideal way to enjoy every moment of a summer afternoon. Whether you’re a lifelong Deltan or a first-time visitor, hop in and take your time—and see these towns in a different light.
Though it was once known as “the Golden Buckle on the Cotton Belt,” for several decades Clarksdale fell on hard times. Now that it’s a destination again, a focal point for blues and art, the dilapidated downtown provides a gritty appeal—but that can also intimidate visitors.
Billy and Madge Howell, owners of the Delta Bohemian Guest House, have added a set of excursions to their entrepreneurial empire, with the intention of helping connect visitors to people and places they couldn’t find without a guide. “It’s a very personal kind of experience,” Madge says. “You get to go into these areas where otherwise you don’t know where you’re going, you’re afraid you might get lost, and you don’t know what you’re seeing.”
Billy peddles the downtown blocks, making note of all the local businesses and dropping snippets of history and architectural background (Who knew, for instance, that the veterinary office next to Red’s used to be a mule barn?).There is no set itinerary—what you see will depend on what strikes your fancy, and on the serendipitous encounters of these Delta streets. Rest assured, though, that you’ll find some Delta magic, Billy says. “There is not a bad day in the Delta. Every day is different!”

RIVERS & BLUES
Clarksdale’s biggest two tourists draws are well known:035 its world-famous blues scene and its status as a launching point for paddlers on the lower Mississippi. Billy is familiar with both of these worlds—he’s got friends in both and he’s happy to make introductions and recommendations. With so many venues, it’s a huge help to know who is playing where and when. So whether you’re rocking the boat or rocking out, you’ll get situated right.
Mississippi’s legendary Juke Joints—you might just meet owner Red Paden himself, though you probably shouldn’t believe Billy’s mischievous stories about his old friend. “I always tell people,” he explains, laughing, “that if Red threatens to cut you, he doesn’t mean it—usually.”
RESTORATION 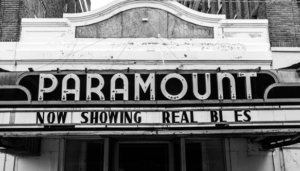 Clarkdale’s beautiful old buildings have inspired artists and entrepreneurs to dream up new businesses—or simply find ways to showcase the city’s important cultural legacy. The Clark House, built by town founder John Clark, is the oldest standing building in the city, and serves now an upscale bed and breakfast.
The Bank of Clarksdale, known locally as just “The Bank,” has been featured in films. Billy will fill you in, not just on the history of each building, but also future plans, as investors bring more and more exciting businesses to town.

LOCAL CHARACTERS
One asset of the pedicab is just how many people know “Poor William,” as Billy is sometimes called. Friends often step out of storefronts to greet passengers, providing a personal entrée into this friendly band of characters downtown.
BACK ROADS
If a spin through downtown isn’t enough, don’t worry—Billy and Madge also offer tours of the county’s back roads, in the luxury of a Lexus or with the rolled-down windows of Billy’s Jeep. Beauty stretches out in all directions, from massive cotton fields to the rolling waters of the Mississippi to the historic homes of Friars Point.
Be sure to stop just out of town on Stovall Plantation to see the spot where Muddy Waters lived before he took off for Chicago. An old shack still stands nearby, indicating what all these tenant plots once looked like.
To schedule a tour, contact Delta Bohemian Pedicab & Back Road Excursions, (662) 645-9197. https://www.deltabohemian.com
To schedule a tour of downtown Oxford by pedicab, also featured in the July/August 2014 issue, contact Visit Oxford at (662) 232-2477.
– Written by Boyce Upholt, DELTA Magazine, July/August 2014 on newsstands now