What We Can Learn from the Miracle 1980 U.S. Olympic Hockey Team

I have developed a new motivational presentation based on the miracle of the 1980 U.S. Olympic hockey team that stunned the Soviets in Lake Placid. Over the next few newsletters here, I am going to share with you an incredible story of leadership and what a group of individuals can do when they become a true team.
A few weeks ago I had a chance to visit the hockey arena in Lake Placid where the miracle happened more than 34 years. I was visibly moved, and since have done extensive research on their story. 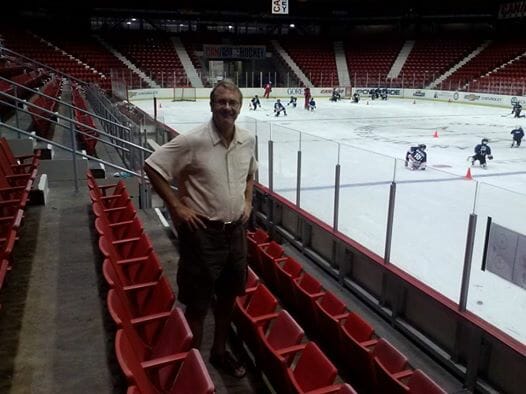 Their story is fascinating, complex and staggering. I am very excited to share with you the compelling lessons on leadership and team unity from their story. At times you will probably strongly disagree with the leadership methods of their coach, Herb Brooks. However, the bottom line is he built one of the greatest teams of any kind, sports or corporate, of all time.
Going into the 1980 Winter Games, the Soviets had won every gold medal in hockey since the 1960 games. They had outscored opponents 175-44 in international play and had crushed the National Hockey League All Stars 6-0 in 1979, with their backup goalie in net. Many feel that Soviet team was the best in the history of hockey. 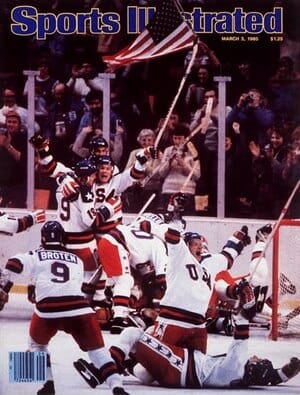 U.S.-Soviet tensions were running high in 1980. The Soviets had just invaded Afghanistan in a move President Jimmy Carter called “the most serious threat to the peace since the Second World War.” The Iran Hostage crisis was going on. We couldn’t stop the Soviets and we couldn’t get the hostages.
The Arab oil embargo led to massive gas lines. Inflation was through the roof. It was a down, down time in the U.S. No one had any idea a bunch of kids, many who couldn’t shave yet, would unite the nation on February 22nd of that year.
Back then the Olympics were for amateur athletes. While technically labeled that, the Soviets trained year round and many had been together for over ten years. They practiced three times a day. Their goalie, Vladislav Tretiak – the best in the world – later said he did not take a day off of training and practice for 13 years, including his wedding day.
They were a red tidal wave.
Then came the U.S. kids. Herb Brooks was their coach. Twenty years before, in 1960, he made the U.S. Olympic hockey team. Days before the Games started, the coach finally convinced a very talented player to join the team. That meant Herb was kicked off the roster. The team picture had been taken. They later photo shopped the face of the new player over Herb’s body in the team picture.
Herb went on to play in the ’64 and 68′ Games and later became the hockey coach at the University of Minnesota. They were a last place team when he took over. He guided them to three National Championships in the next seven years. While you may not agree with his style, this man knew how to mold teams.

Charlie Adams is an Oxford native, graduate of Lafayette High School and a member of the Ole Miss Class of 1985. Adams is the author of 4 books on positive attitude and peak performance, including 2013′s “How to Build a Positive Attitude and KEEP the Darn Thing!!” and “Stoke the Fire Within.” His books and motivational keynotes and seminars are designed to make sure events reach their objectives and to help create winning cultures. Email him at: Charlie@stokethefirewithin.com.
Facebook
Twitter
Pinterest
Previous articleGoodbye to a Delta Visionary
Next articleJOB POSTING: Staff Writer and Social Media Specialist