Oxonians, Ole Miss students, and visitors enjoy a myriad of bars on and off the Square. However, the festivities are not without party spoilers: DUI arrests.
“DUI arrests tend to go up during football season,” Deputy James Owens of the Oxford Police Department said. “This is because we have a lot of visitors coming to town to partake in traditions and enjoy what the town has to offer but some of them have a bit much.” 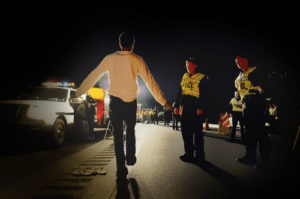 Jay Carmean, Oxford attorney and Tannehill, Carmean & McKenzie, PLLC partner, supported Deputy Owens’ statement: “The number of DUI’s do tend to increase when school is session, particularly during the fall. You have newcomers who are unaware of just how much importance local law enforcement puts on curbing drinking and driving.”
For the past 20 years, the Oxford Police Department has a two-man special task force who patrol the streets specifically for impaired driving. Each man clocks in 12 hours per day towards DUI law enforcement.
“They drive around with an eye out for impaired or distracted driving. Their efforts are important for community safety,” Owens said.
There are currently three limits on blood-alcohol content (or BAC) for DUI charges in Mississippi. For those under 21 BAC is .02 percent; 21 or older is .08 percent; and for commercial drivers .04 percent. Both body weight ratio and drink pacing affect BAC. To achieve .02 percent, one would enjoy just a single alcoholic beverage or less, regardless of body weight. To obtain a BAC of .08 percent, one downs two to four alcoholic drinks and it does depend on body weight.
According to US Center for Disease Control and Prevention, BAC of .02 percent affects the driver’s ability to fast track moving objects and ability to function with divided attention. BAC of .04 percent affects steering ability and reduces coordination. BAC of .08 percent affects concentration, causes short-term memory loss, lack of speed control and impaired perception and ability to process sensory information.

“There were 366 DUI arrests total in the time span from last January to now. Twenty-seven DUI arrests were second offense and 14 were third offense charges,” Owens said.
A DUI charge in Mississippi can cost as much as $10,000 in fines, bail, lawyer and court fees, and increased insurance rates, according to www.fightduicharges.com, a website dedicated to assisting those with DUI arrests. A DUI conviction costs are not all monetary, though. It’s possible that a conviction can have negative affects on one’s credit rating, can prevent entry into foreign countries, and can cause eviction from a rental property and the inability to rent a vehicle.
According to www.dmv.org, a privately-owned website dedicated to concise information on DMV processes, the drivers’ license is suspended for at least 90 days after arrest for failing an alcohol breath test or refusing to submit to a BAC test. The arresting officer may take the driver’s license and issue a temporary license valid for 30 to 45 days for BAC test failures and refusals. The reinstatement fee is $175 following a DUI suspension.
Fighting DUI convictions is a difficult task. There are currently no plea deals for DUI convictions in Mississippi. It is illegal to plead guilty to a “wet reckless” charge, meaning there was alcohol involved in one’s reckless driving. Carmean said there are clients in the firm daily seeking legal services to repel a DUI conviction.
“When an attorney is hired to defend a DUI, the first thing typically done in order to determine whether there is a defendable case is to review the arresting officer’s report,” Carmean said. “In most cases, there is also a video of the incident which can work in your favor or seal your fate.”
Carmean rejected the idea that the arresting officer’s testimony is all that is necessary for the judge to hand down a DUI conviction.
“As far as officers not appearing to testify, that’s not much of an issue in Oxford. Officers from all departments are good about showing up when subpoenaed,” Carmean said. “If your only hope for a dismissal is the officer not appearing, then you probably don’t have a very good case.”
However, things in Mississippi are changing. Those with first offense DUI convictions will have an opportunity for the charge to be expunged from legal record starting October 1.
“One requirement is that at least five years have passed since successful completion of all the terms and conditions of the sentence,” Carmean said. “This typically means taking part in alcohol classes. The individual will also have had to have registered a .16 percent or below on the intoxilyzer (BAC test). Anyone convicted who blew above that limit or refused the test won’t be eligible.”
Other requirements for eligibility for case dismissal are: must first plead guilty to the DUI charge and must meet the terms and conditions of the conviction. This process involves alcohol education classes and the installment of ignition interlock device. 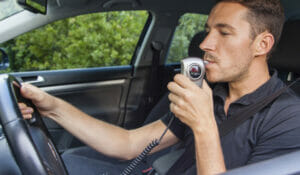 An ignition interlock device, which costs $50, requires drives to blow into a machine that determines BAC in order to crank the vehicle, preventing drunk driving. In addition to cranking the vehicle, the ignition interlock device will beep, prompting the driver to pull over and check their BAC before continuing their drive. The driver must have the information downloaded every 30 days to ensure the driver was complying with the law.
“Most of the machines take your picture while you’re blowing to verify you,” Tammy Childress, vice president and executive director of Correctional Counseling of Mississippi Court Watch, said. “The law has a penalty for anyone caught blowing into it to help a drunk person crank the car. There is jail time and a monetary penalty.”
“I’m very excited they passed this requirement because it will turn down DUI rates,” Childress, said.
Upon completion of these terms, the convicted must provide the court with justification for why the conviction should be expunged from public record. This new law provides redemption opportunities for all who aren’t minors or having special circumstances.
“For those charged but not convicted of a DUI, the new law will allow for a much broader range for cases to be non-adjudicated. Currently a non-adjudication is only allowed for minors who are first time offenders and only in a few situations,” Carmean said. “The new law will allow for it for all first time offenders who complete the court’s requirements, probably the biggest one being installing an ignition interlock device in their car for 120 days.”
Carmean pointed out that non-adjudicated cases will not go on public record, but will instead be kept in a confidential registry. Having the conviction off the public record may ensure less public penalties, such as college entry or job hiring. He said due to the new law requirements, he expects there to be more people willing to give a breath sample to be eligible for striking this conviction off public record.
“We enforce the written law best we can,” Owens said. “We will continue to enforce these DUI laws and make sure the streets remain safe. We let the judicial system decide the laws and we enforce them.”
– Photo and story by Callie Daniels, staff writer for HottyToddy.com. She can be contacted by emailing cadanie2@go.olemiss.edu