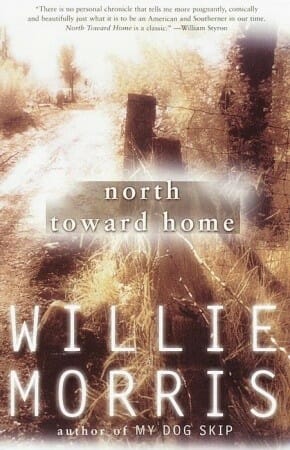 I am so excited! Northwest is offering the first ever author study and hometown tour featuring Willie Morris this fall as a Continuing Education class for local educators.
Participants will receive 1.5 Continuing Education Units (CEUs) for two short classes and a day-long trip to Yazoo City celebrating his writings.
The two classes will focus on five books: “Good Old Boy,” “My Dog Skip,” “Good Old Boy and the Witch of Yazoo City,” “North Toward Home,” and “Conversations with Willie Morris.”
The tour of Yazoo City will start with a visit to the Sam Olden Yazoo Historical Society Museum, a walk in Glenwood Cemetery where the witch of Yazoo and Morris are buried, lunch at Ubon’s Barbeque (a Memphis in May award-winning treat), and walking amongst the historic homes and churches that Morris mentions in his books.
In the last two weeks, I have met some truly nice people who thought the world of Morris. Jesse Kelley, an instructional librarian at Delta State University, volunteered to help with the first class because he has read everything Morris wrote and wants to learn more. Our scholar for the second class is Dr. Katherine (Kate) Cochran. She knew him and his wife, and teaches his works in her Southern Literature class at the University of Southern Mississippi.
I had lunch with Larry Wells, owner of Yoknapatawpha Press, who was excited that Morris was being taught at Northwest. Over chicken salad, he shared many stories about Mississippi authors such as William Faulkner, Barry Hannah, his wife Dean, and himself. Wells has written three novels: “Rommel and the Rebel,” “Rommel’s Peace,” and “Let the Band Play Dixie.” He edited and published the photo-biography, “William Faulkner: The Cofield Collection,” and scripted a TV film documentary “Return to the River” (Mississippi ETV) which won a 1994 Emmy for Best Regional Broadcast.

Larry and his late wife, Dean Faulkner Wells, taught English at Northwest from 1975-79. In 1978 Morris asked them to contact Chancellor Porter Fortune and see if Ole Miss would be interested in hiring him.
Willie Morris was the first writer-in-residence at Ole Miss, but before he accepted the position he needed reassurance about the move. He struggled with the idea of moving from the constant “on” of New York City to the possible “off” of Oxford. It took an Ole Miss tailgate party and football weekend to convince him that Oxford could be just as exciting.
Throughout our meal, Larry portrayed Morris as a brilliant but sometimes eccentric writer, and a highly creative practical joker, but also a gentle soul who thought the world of Mississippi and its people. He and Morris were driving to Oxford from Yazoo City when a Mississippi Highway Patrolman stopped them. After the officer read Morris’ license, he asked if he was speaking with the author Willie Morris. Larry said this was the happiest he had ever seen Willie, not because the officer did not ticket him but because he recognized him.