While first reports from UM officials suggested the name “Ole Miss” be used in reference to athletics and school spirit, and “University of Mississippi” be used to reference the academic institution, officials now say Ole Miss is appropriate in any context that reflects an affectionate, spirit-based tone. 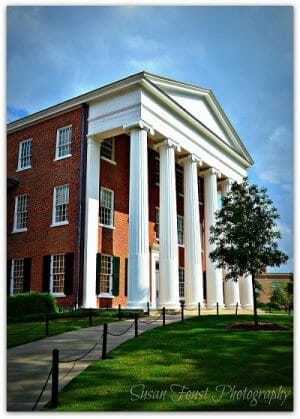 Following public outcry from fans, students and alumni on message boards and social media sites following the release of the Six-Step Plan on Inclusiveness, University Chief Communications Officer Tom Eppes gave a clarification interview published by The Clarion Ledger in Jackson, Miss.
Eppes talked to the Ledger late on Aug. 1 after the newspaper’s earlier online report said, “The university will continue to use the nickname Ole Miss, but should consider whether to limit its use to the context of athletics and school spirit.” The Ledger reports Eppes as clarifying that “the sixth point does not represent any change in the school’s policy regarding the use of the nickname.”
Eppes, on Monday, told HottyToddy.com that Step Six in the Chancellor’s Action Plan on Diversity and Inclusiveness is an affirmation of the love and respect the Ole Miss family holds for the university’s nickname.
The university was founded 1848 and the name Ole Miss dates from yearbook published in 1896.
Eppes told HottyToddy.com Monday that the Action Plan “allowed us to clarify university policy on the name ‘Ole Miss’ that has been in effect for some time. It describes no shift, nothing different in how we operate. Nothing has changed.”
HottyToddy.com reported July 31, after interviewing Chancellor Dan Jones, that he “defined a shift of the term ‘Ole Miss’ for close identification with athletics and school spirit.”
Chancellor Jones pointed out that focus group research revealed that “Ole Miss” is beloved by the vast majority of faculty, alumni and University of Mississippi supporters, and that both terms would continue to be used in appropriate contexts. Reading from Point Six of the action plan, the chancellor added that: “Particular emphasis would go to Ole Miss in athletics and as a representation of the university’s spirit.”
Eppes told HottyToddy.com, in certain contexts, the University of Mississippi, UM and Ole Miss might be used interchangeably. Eppes added that the key was that the appropriate context for “Ole Miss” was one of affection, spirit and love for the institution.


Eppes cited the famous quote in the Student Union by 1932 graduate Frank E. Everett Jr. that says: “The University is respected, but Ole Miss is loved. The University gives a diploma and regretfully terminates tenure, but one never graduates from Ole Miss.”
The chief communication officer illustrated his point, using fictional official correspondence from the University of Mississippi Law School: “The first reference in the document might be to University of Mississippi School of Law, and then a second reference might use the initials UM Law School. Finally, the writer of the correspondence might refer to a connection with ‘Ole Miss Law’ from a perspective of love, pride and respect.” According to Eppes, all three usages would be appropriate.
When faculty in the School of Pharmacy, for example, are conducting scientific research, it’s understandable, explains Eppes, that they would refer to their work on behalf of the University of Mississippi, where a formal academic tone is more appropriate than an affectionate one.
Eppes told HottyToddy.com that the fact that any faculty member might not like the name Ole Miss or wish it to go away, has no official standing. “We confidently believe, and our comprehensive research confirms, that the use of Ole Miss is a net positive for our university and not a negative,” Eppes added.
He continued, “The world at large loves the term Ole Miss and the July 31 report is an opportunity to show our position on the use of the name is a settled issue. Nothing is changed and nothing is going to change.”
Click Here to read HottyToddy.com’s original coverage of the chancellor’s action plan.
– Andy Knef is editor of HottyToddy.com. You can contact Andy about this story at Andy.Knef@Hottytoddy.com
Facebook
Twitter
Pinterest
Previous article
Virtual Tour of the Ole Miss Campus
Next article
Ole Miss Home Football Hotel Update: Aug. 5