Do You Have A Guardian Angel? This HottyToddy.com Writer Had 2 From the Bronx

August 14, 2014
0
564
Commentary by Steve Vassallo, HottyToddy.com contributor.
Whatever prompted me to write this article remains a mystery.
The other morning at 2 a.m., I was wide awake and, for a change, not thinking about the Boise State game. I have always been a believer in Guardian Angels and the older I get, the greater this belief has become. A recent poll published in Time Magazine revealed that 69 percent of Americans believe in angels and 46 percent of those believe they have a personal Guardian Angel.
I belong to both groups. Guardian Angels are thought to be spiritual beings that are assigned to assist people here on earth in various ways. Their assignment is to intercept at many junctures in our lives and help whenever they can to make our lives run more smoothly.
There have been countless stories through the years of Guardian Angels doing just that. I believe that one of my first encounters with my Guardian Angel occurred on the streets of New York City at the age of 2. My grandfather was an Italian immigrant and an excellent tailor by profession. He had come to the United States through Ellis Island in the early 1900’s. He was 21-years-old and his wife (my grandmother) was 19. My father and his two brothers were all born in the Bronx as I was and my brother.

One October fall day my mother was visiting my grandparents (in the Bronx) and was allowing my brother and me the freedom to play in the adjoining room. My brother was 4 at the time and I was barely 2. For some strange reason my brother decided to take one of my grandfather’s instruments (a straight razor) and give me a shave. Minutes later the room was covered in blood.
Upon my mother discovering the catastrophe, she immediately covered me in a blanket and ran down stairs to hail a cab. This neighborhood in the fall of 1949 was not the safest place to be. As typical, trying to catch a cab in New York was as traumatic then as it is today.
My mother was now in complete panic as I was bleeding to death in her arms. Two men in suits appeared out of nowhere and told her to get in their car. Scared to death she felt she had no other option if she was going to save my life. They immediately drove her to the nearest hospital (near Yankee Stadium) where the emergency room doctors began sewing me up. I cannot remember the exact number of stitches, but it was a large number. The scar remained throughout my entire childhood until later removed surgically.
After my mother’s nerves were calmed down, she searched the hospital to thank the two strangers who came to her rescue, but they had already departed. When they first encountered her on the street corner, she thought they could be Mafia. She subsequently learned that they were FBI agents! 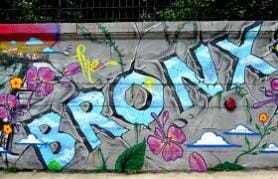 I remain convinced to this day that my Guardian Angel interacted in my life at this time to save me.
I can recall many other situations (maybe not as life-threatening as this one) where there were unexplained developments that changed my life or altered its path for good reasons. Whether you believe in these miracles or not, many things cannot be explained scientifically.
In conclusion, I responded to a poll via the Internet wherein 80 percent of those participating truly believe in these Angels. If we are correct, let’s hope and pray that there are many looking over the future of the United States and our world!
Credits: Stephen Wagner, Paranormal, Phenomena Expert
Steve Vassallo is a HottyToddy.com contributor. Steve writes on Ole Miss athletics, Oxford business, politics and other

subjects. He is an Ole Miss grad and former radio announcer for the basketball team. In addition, he is a certified economic and community developer and currently, a highly successful leader in the real estate business with Premier Properties of Oxford. Steve’s lifelong dream has been to live in Oxford full-time. “I am now living my dream daily as is my wife Rosie, who works with the Oxford Chamber of Commerce,” Steve said. You can contact Steve at sovassallo@gmail.comor call him at 985-852-7745.
Facebook
Twitter
Pinterest
Previous articleArts Council Hosting Learning Session on Creative Economy
Next articleUM ROTC Gives Fans Chance to Fire Cannon at Football Games